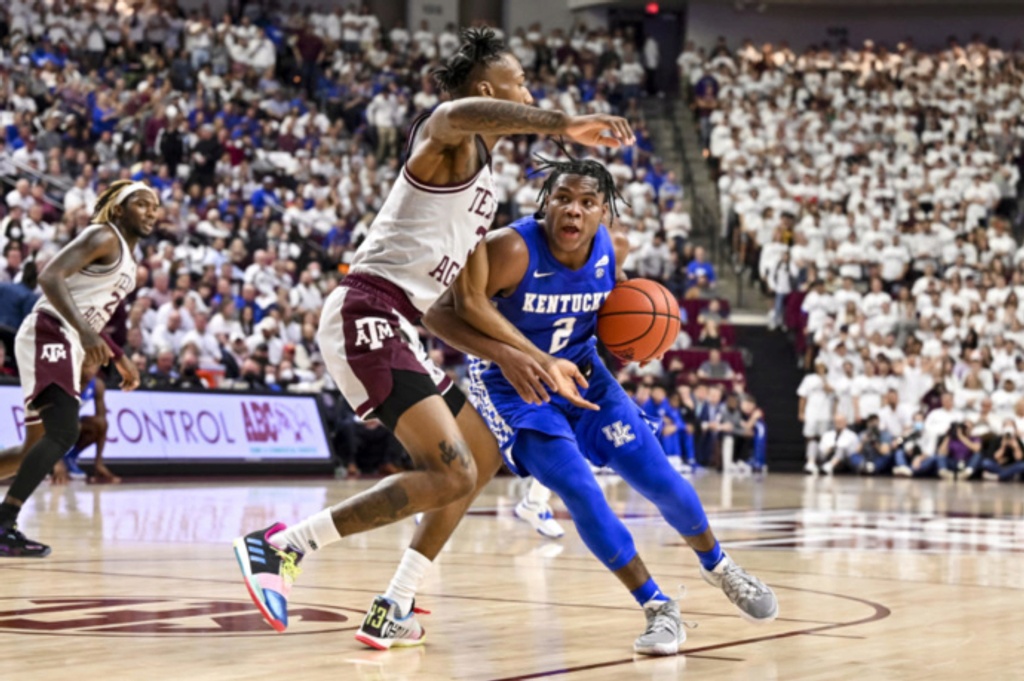 Off to their best start since the days of Alex Caruso, the Aggies (15-3, 4-1 SEC) came into the contest riding eight consecutive wins and started hot, as they gained control early in this game. Extending the lead to 29-16 halfway through the first, their on-ball defense started to create numerous issues for the Wildcats' backcourt, forcing Wheeler into four quick turnovers. Tshiebwe vs. Henry Coleman III was the key matchup in the first half, as they battled for rebounds – there were plenty to fight for due to poor combined shooting.

At the half, the two squads combined to shoot for 2-for-19 from behind the arc, unusual numbers with usually-strong shooters on the floor for both teams. Texas A&M led 35-30 going into the break with Coleman, Marcus Williams and Quenton Jackson leading the way offensively.

After Wheeler got things moving for Kentucky to start the second half, Tshiebwe and Jacob Toppin started to dominate the inside, especially on the glass. Toppin ended with 9 points and 6 rebounds, including some key plays in clutch moments. Free throws also hurt the Aggies from start to finish, as the team connected on only 5 of their 12 attempts. Freshman TyTy Washington struggled early but was able to hit some tough shots down the stretch when it mattered the most.

Entering the night, zero of the top-20 SEC players in Box Plus-Minus was from Texas A&M, but Coleman is trending that way after this game. Coleman had a tremendous effort, posting 17 points, 8 rebounds, 2 steals, 1 block and relentless energy throughout the contest. Aaron Cash also played well for the Aggies, logging 8 points, 11 rebounds and 1 assist.

After the win, coach John Calipari kept his comments brief stating, “This will be a three-minute postgame. Let’s see how quickly we can get out of this place.”

Texas A&M will visit Fayetteville, Arkansas on Saturday to take on the Razorbacks.

Kentucky will host the No. 2 Auburn Tigers this Saturday in Lexington.