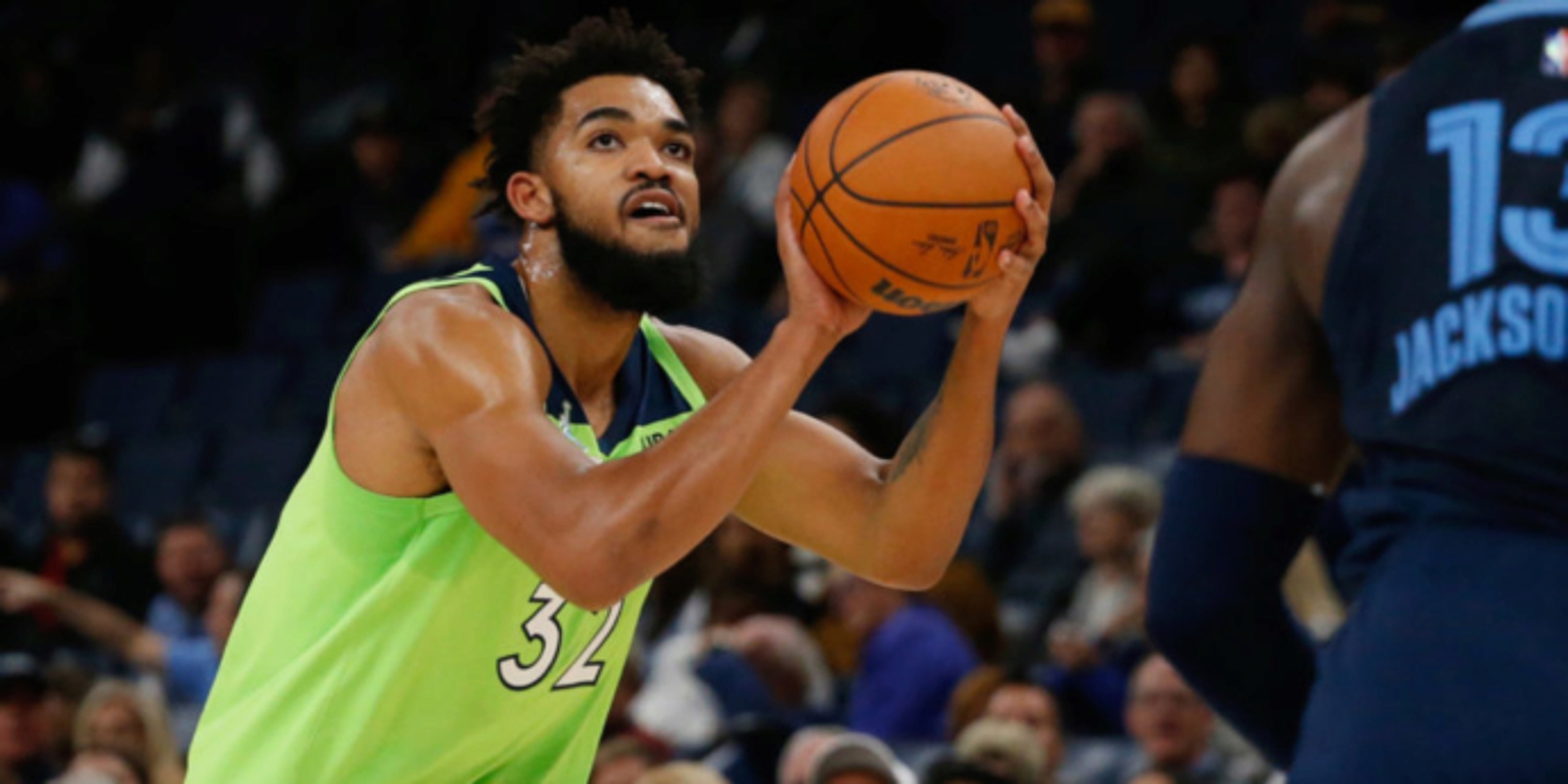 If you are a big man in today’s NBA, a three-point shooting stroke is no longer a bonus. In fact, it should be a part of the standard package. Among the perimeter shooting bigs in the NBA, Minnesota Timberwolves center Karl-Anthony Towns has arguably the smoothest stroke of them all.

So much so that KAT declared himself as the best three-point-sniping big man to ever grace an NBA floor in a sitdown with The Athletic's Jon Krawczynski.

“I’m the greatest big man shooter of all time. That’s a fact," Towns told The Athletic in a recent interview. "You can see the stats. I ain’t got to play like no one else. Everyone trying to find themselves to be the second version of me when I’m the first version. I don’t got to be the second version of someone else. I’m already an original. I don’t have to be a duplicate of someone else.”

Stats back up Towns’ claims. Not counting the ongoing 2021-22 NBA season, KAT has knocked down a total of 629 threes on a 39.4% clip in his first six years in the NBA. In that same amount of time, Dallas Mavericks legend Dirk Nowitzki had 667 makes on 37.2% shooting from deep. Over his entire career, Dirk tallied 1,982 triples on 38.0% shooting from distance.

To further test out Towns’ argument, we checked out other three-point shooting bigs and their numbers in their first six years in the NBA.

To be fair with the likes of Love and Wallace, they were able to boost their three-point shooting numbers later on. Currently, Love has cashed-in a total of 1329 3-pointers on 37.1%. Wallace picked up his shooting during his tenure in Detroit, and ended his career with 1,086 threes on 33.6%.

Nikola Jokic is making his way into increasing his numbers beyond the arc, and has shot over 38% from downtown over his last two seasons. Joel Embiid is on a similar track over the last couple of campaigns (37.4%), and Nikola Vucevic is firing them up at a high clip in recent years as well.

But getting back to Towns, the young man sure does his research before saying anything. It wasn’t just oozing self-confidence or lack of respect to his elders that made him utter such a bold declaration. He’s really on pace to be the most lethal of them all.

If he manages to remain healthy and knocks down 75-to-150 long-rangers per season for the rest of his career, he might be able to overtake Nowitzki as the most proficient shooting big man of all time. But being the greatest is a tough task.

So far, KAT has drained his shots in regular-season games. Dirk dropped his in many playoff series, and led the Mavs to one of the most improbable NBA titles in recent history.

Stats are great for quantity, but let’s not forget the quality as well.