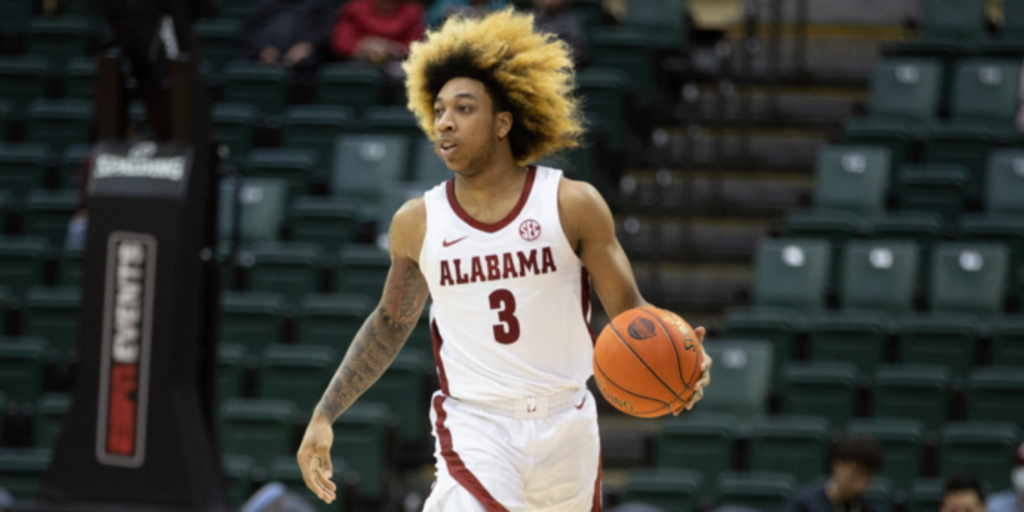 With his explosiveness, elite level athleticism, charismatic personality and trademark blonde-dyed hair, it is impossible to not take notice of JD Davison the moment you walk into a gym. The freshman sensation from the small town of Letohatchee, Alabama (population of just over 1,000) has been putting the basketball world on notice.

Davison’s vicious open floor dunks, preternatural sense in the passing lanes and laser-beam passes that require a third eye to see coming have been the source material for SportsCenter’s Top-10 during this fledgling college season.

These highlight-reel plays are nothing new for Davison, who lit up the state of Alabama his entire career while playing for Calhoun High School. His production in high school was nothing new for the Davison namesake either, as JD followed in the footsteps of his three older brothers, Jerome, Jermarques and Ja’Keem, all of whom were extremely talented players for the Calhoun program. JD, the youngest in the family, just took it to a new level.

As a junior, JD led Calhoun to the Class 2A state title, hitting the game-winning shot with 1.1 seconds left. Averaging 30 points, 12 rebounds and 5 assists per game, Davison became only the fifth high school junior to win Alabama’s Mr. Basketball award. Between his junior and senior campaigns, JD began to be approached by all of the major prep schools in the country. From Hillcrest Prep (AZ) to Oak Hill Academy (VA), everyone came knocking on Davison's front door, but each sales pitch was rebuffed by JD, as his loyalty to Calhoun was unwavering.

After reaffirming his commitment to his hometown school, his senior year did not disappoint; the sequel led to another 2A state championship heading home with Calhoun. Davison also reeled in another Alabama Mr. Basketball award to complement his Gatorade Player of the Year honors. The result of his illustrious Calhoun career made him a consensus five-star prospect and one of the most sought after talents in the country.

Davison arrived to Alabama this season to much fanfare and excitement as the No. 9 RSCI recruit, making him the highest-ranked Crimson Tide commit since Collin Sexton. Davison thus far has made good on that ranking, playing a key role off the bench and electrifying in his 24.5 minutes per game. JD has come on strong as of late, averaging 9.1 points, 5.0 rebounds, and 4.5 assists per game. 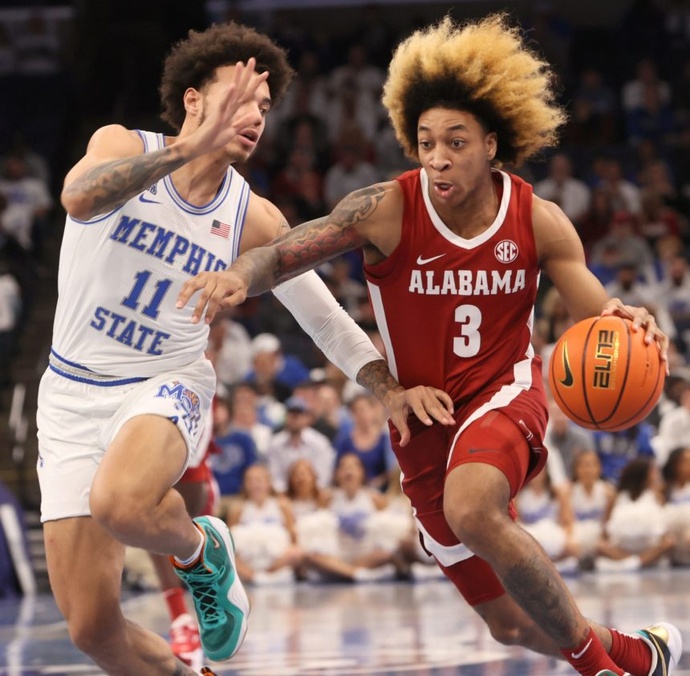 I had a chance to see Davison up close during the Crimson Tide’s trip to Orlando during the Thanksgiving ESPN Events Invitational, and despite the loss to Iona, the game was very insightful. Getting to watch Alabama’s shootaround session illuminated JD’s outgoing and contagious personality. He was talking and dancing with nearly every teammate on the floor, and seemed to know every lyric to the warm-up songs playing over the loudspeaker. Throughout the entirety of the pre-game a smile never left his face.

As the game came down the stretch, JD’s intensity and concentration reached new heights, and he was locked-in the whole way. He got to the free-throw line multiple times throughout the game, dealing with hecklers leftover from the Kansas game that took place beforehand. Despite the out-of-line jeers from the fans in the compact gym. JD never broke focus and paid them no mind.

I asked BasketballNews.com’s Sr. NBA Draft Analyst Matt Babcock for his thoughts on JD, here is what he had to say:

“There is a lot to like about JD Davison. First of all, his physical gifts are very impressive. At 6-foot-3 and 195 pounds, he has a naturally strong build and is incredibly athletic. From a skill set standpoint, he has terrific court vision, is a high level passer, and has the potential to be a big scorer. Alabama currently brings Davison off of the bench as they have several veteran guards with more seniority. However, don’t let that fool you, Davison is a top notch prospect with significant upside. I expect for him to be one of the first guards selected in the 2022 NBA Draft.”

The talent of Davison has been undeniable, as his abundance of awe-striking moments has put even the casual basketball fan on notice. The future for the native son of Alabama is as bright as anyone’s in this draft class.

JD Davison is currently ranked No. 9 on the BasketballNews.com 2022 NBA Draft Big Board.