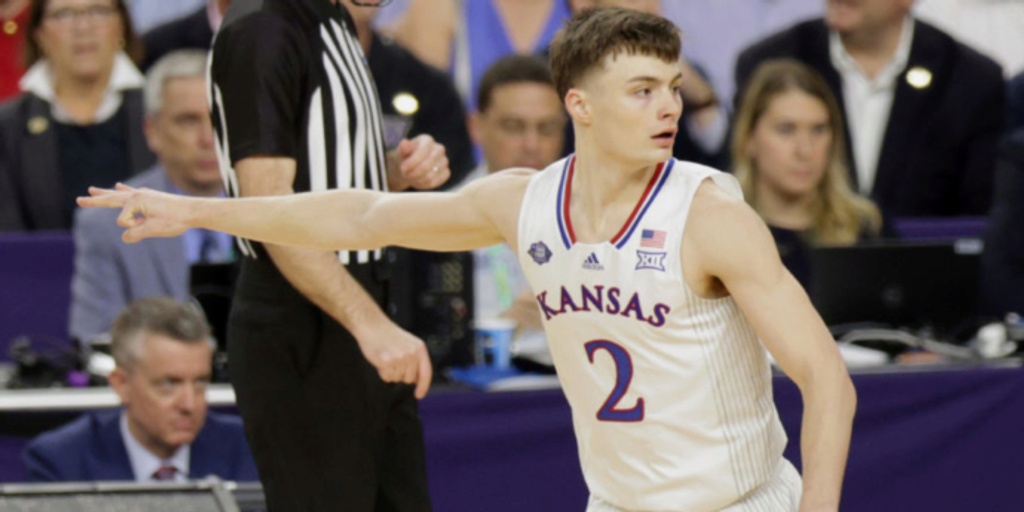 After helping Kansas win the 2022 NCAA Championship, junior Christian Braun announced that he is declaring for the 2022 NBA Draft.

"Just a kid from Kansas, that's where I started this journey. Now, three years later, I'm a national champion," Braun wrote. "None of that would be possible though without the best teammates, coaches and fans in the world. To say I love Kansas would be an understatement. This place is beyond special. No matter where life or basketball takes me, I will be a Jayhawk forever and represent this program to the best of my abilities.

"With that being said, after talking with my coaches and family, I would like to declare for the 2022 NBA Draft. Thank you for your support every time we stepped on the court representing this amazing program."

Matt Babcock, our senior NBA Draft analyst, believes Braun is a well-rounded player to keep an eye on.

"At 6-foot-6, Braun has positional size and has shown the ability to score from anywhere on the floor," Babcock said. "He has a smooth release from three, can pick his spots off the dribble and is highly effective in transition. He is reliable on and off the ball on offense while providing intelligent defense on the other end. Braun is a well-rounded player to watch in the 2022 NBA Draft."

In BasketballNews.com's latest 2022 NBA Mock Draft, Braun is projected to go No. 35 overall to the Orlando Magic.