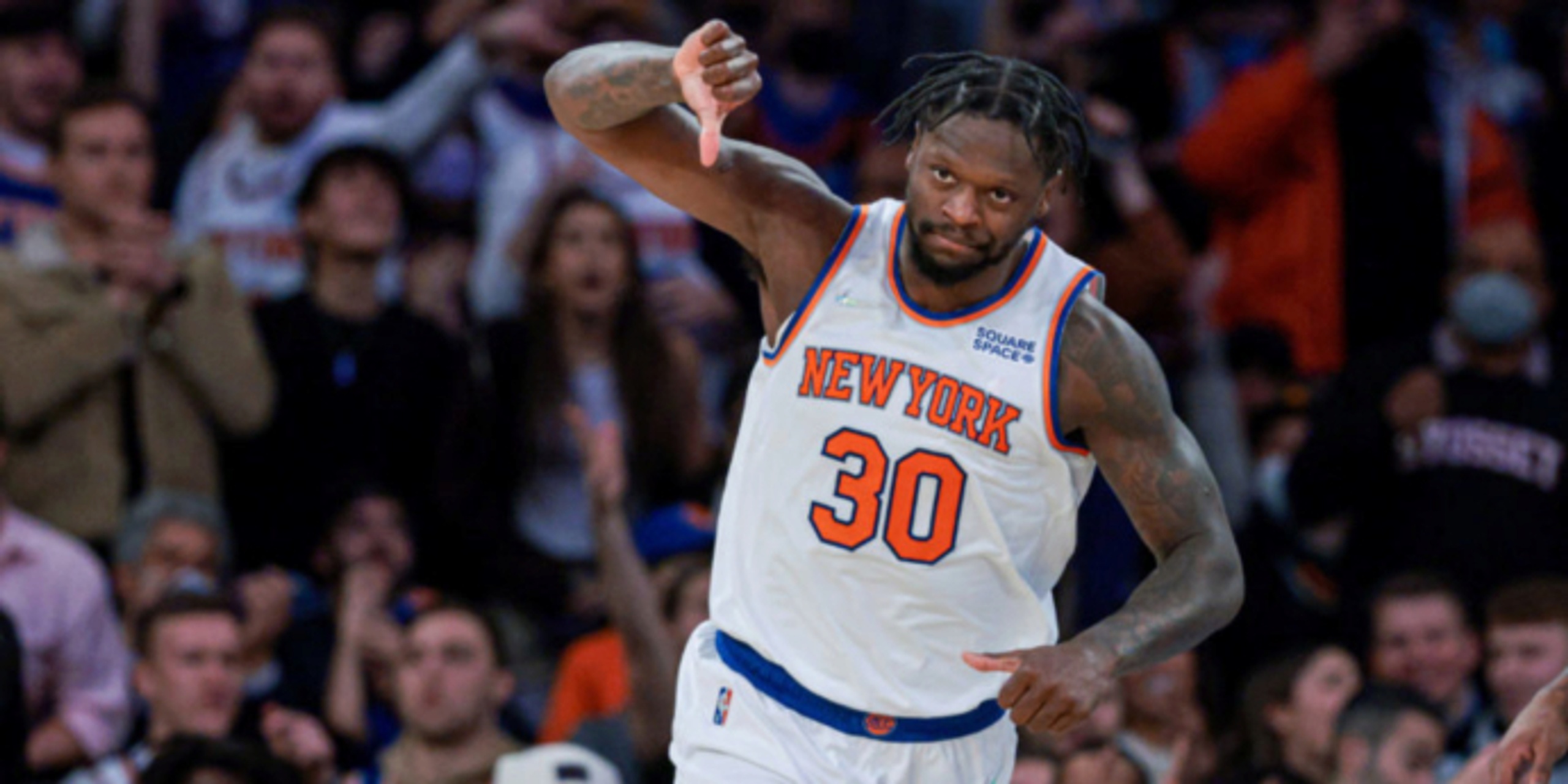 Julius Randle on thumbs down to Knicks fans: 'Shut the f— up'

Last night’s game between the New York Knicks and the Boston Celtics in Madison Square Garden was a true thriller that saw New York win at the buzzer, much to the delight of the MSG crowd. It was a good night for Knicks basketball, but one detail caught the eyes of many and stirred up some drama.

Knicks star Julius Randle was visibly frustrated with the fans and decided to let them know about it — during and after the game.

It seems like the Knicks and the Celtics have engaged in some pretty tight battles this season, and last night was no different. Boston took control of the game and even led by 24 in the second quarter, but an inspiring run by the Knicks shrunk the gap in the fourth. Led by Evan Fournier’s career night (41 points, 10 three-pointers made) and RJ Barrett’s buzzer-beating three, the Knicks would complete the comeback and get a much-needed win. Aside from Fournier and Barrett, Julius Randle had a good game with 22 points and 8 rebounds, but he is in the headlines Friday for other reasons.

Randle is not happy with Knicks fans

After scoring a bucket in the fourth quarter, Randle would signal thumbs down to the crowd, visibly frustrated with the home fans. The Knicks were getting booed earlier in the game because of their poor play, and the star forward didn’t appreciate them coming around.

After the game, a reporter would ask Randle what he meant to signal with the thumbs down, and Randle bluntly and directly answered: “Shut the f*ck up"

This was not aimed at the reporter, but rather Randle explaining his actions, which obviously didn’t sit well with Knicks fans. But it seems like he has been the scapegoat for the Knicks’ struggles, often targeted by fans and the media.

After the game, the "Inside the NBA" panel would also react to this and share some advice for Randle:

“When the Knicks are losing, everyone knows that that’s a city that’s going to boo their team,” Kenny Smith said.

“In a city like New York. You’re the man on that team. You gotta expect it. Heavy is the head that wears the crown. You’re the man. They expect you to play great every night,” Shaquille O'Neal stated.

Some great points from Shaq, Charles and Kenny. Of course, you want your fans to stand by you no matter what is happening, but if you are not producing, especially in a city like New York, you’re going to get booed no matter who you are.

Last year was a complete renaissance for the Knicks, with Randle leading them back into relevance, but this season has been a disappointment for both him and the Knicks. Randle’s numbers have dropped, and the Knicks are currently sitting 10th in the Eastern Conference, with a 19-20 record.

There is still a lot of time to turn things around and have a positive season, but beefing with your fans is not the right way. Knowing how unforgiving and harsh NY fans and media can be, Randle will need to step it up exponentially if he wants to make amends with them.