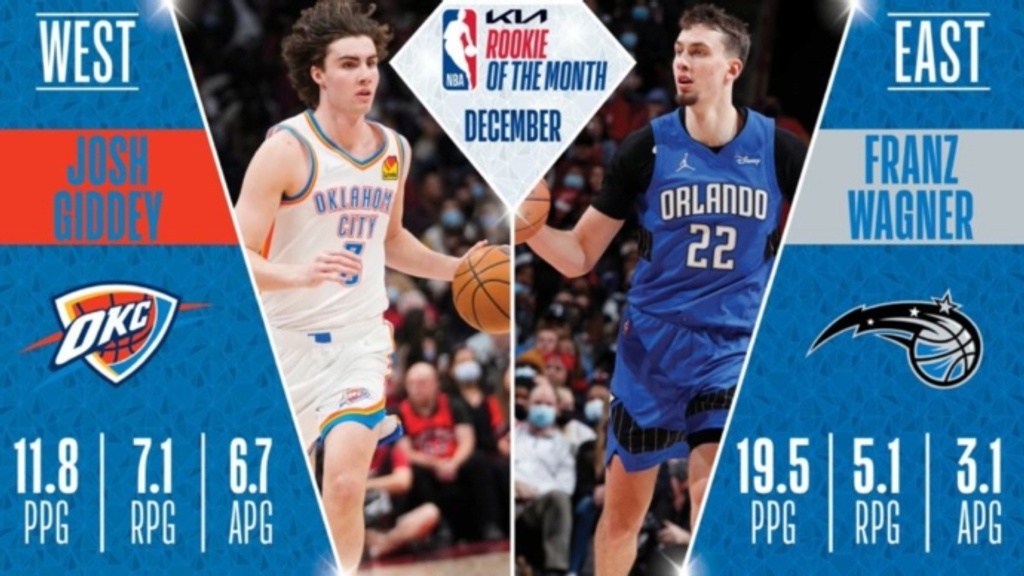 Josh Giddey shined in a breakout month with 11.8 points, 7.1 rebounds, and 6.7 assists per game. The 19 year-old helped the Thunder upset the Grizzlies with 19 points, 5 rebounds, and 11 assists in a battle against Ja Morant on December 20th.

This is a stupidly good sequence from Josh Giddey pic.twitter.com/GMEz0qvOKx

Franz Wagner made the most of an increased role in December, averaging 19.5 points, 5.1 rebounds, and 3.1 assist per game. Wagner erupted for 38 points, 7 rebounds, and 3 assists against Giannis Antetokounmpo and the Milwaukee Bucks on December 28th.

You can see Franz Wagner's confidence growing in real time. Every game he busts out something new. Awesome to see pic.twitter.com/i4O9tqYWsM