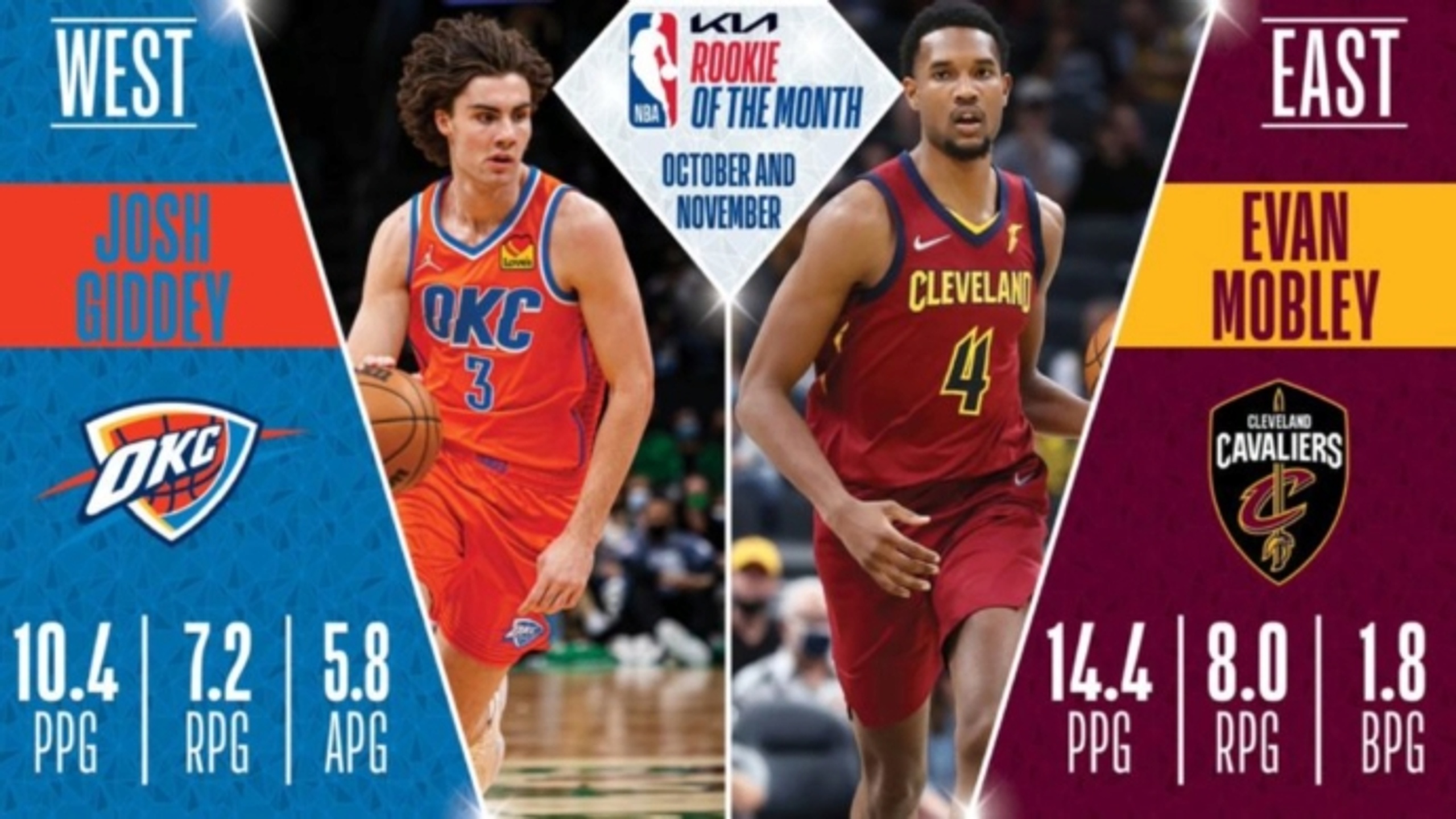 Josh Giddey and Evan Mobley were named Rookie of the Month for the months of October and November.

Giddey started off his rookie season doing a little bit of everything as projected, with 10.4 points, 7.2 rebounds, and 5.8 assists per game. In just his third NBA game, the 19 year-old had 19 points, 8 rebounds, 7 assists, and 4 steals.

Josh Giddey continues to wow me with these passes. (via @okcthunder) pic.twitter.com/E3zNsrWxFe

Mobley began his rookie of the year campaign with a stellar start to the season with 14.4 points, 8.0 rebounds, and 1.8 blocks per game. Mobley filled up the stat sheet against the Knicks on November 7th with a career-high 26 points, along with 9 rebounds, 5 assists, 1 steal, and 1 block.