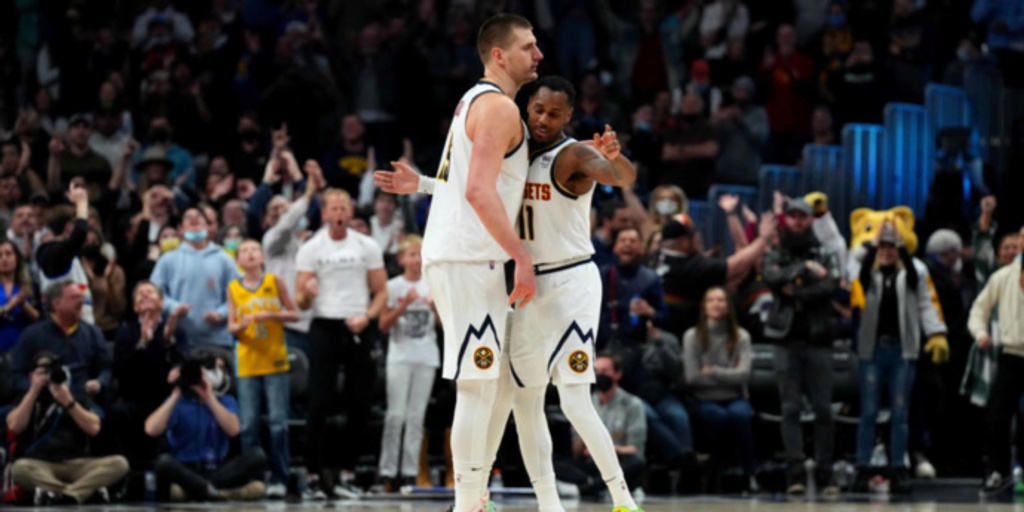 Nikola Jokic scored 30 of his 46 points in the fourth quarter and overtime and the Denver Nuggets rallied after squandering an early 21-point lead to beat the New Orleans Pelicans 138-130 on Sunday night.

Jokic hit two free throws to tie it with 3.2 second remaining in regulation and then sealed it in OT with a 3-pointer with 1:30 left. His big night led to an improbable win in which coach Michael Malone was ejected late in the third quarter, the team completely unraveling and then regrouping down the stretch.

Jokic, the reigning NBA MVP also had 12 rebounds and 11 assists for his league-leading 17th triple-double of the season.

Brandon Ingram had 38 points for New Orleans. The Pelicans had won four in a row.

Denver nearly won it in regulation on a steal by Jokic, but Jeff Green’s last-second shot was just off the mark. In overtime, Jokic had seven points, while Monte Morris came up clutch with a 3-pointer.

To think, the Nuggets led 34-13 with 1:27 left in the opening quarter. The Pelicans methodically worked their way back into the game, climbing to within five at halftime courtesy of a half-court buzzer-beater from Ingram. The Pelicans took their first lead midway through the third on a dunk from Herbert Jones.

Denver lost its cool late in the third when Malone was issued a technical in a game slipping away and erupted to earn another. The team also was called for a delay technical. That, coupled with a Devonte’ Graham 3-pointer, turned a four-point New Orleans lead into a double-digit cushion.

It wouldn’t hold up.

The emotions got the better of the Nuggets, who picked up four individual technical fouls — DeMarcus Cousins and Bryn Forbes also had one — along with the delay “T.”

Aaron Gordon had 28 points for Denver.

Ingram had the shot of the night. He grabbed a loose ball on his side of midcourt with two Nuggets surrounding him. He calmly lobbed the 45-footer toward the basket just before the halftime buzzer sounded and drained it to cut the deficit to five. His teammates raced off the bench to celebrate. Green watched the replay on the big screen with his hands on his hips.

“Their defense is outstanding,” Malone said. “They’re getting a lot of offense from their defense.”

“That was just the Herbert Jones highlight show in transition,” Malone said. “We’ve got to try to slow him up.”

Pelicans: G CJ McCollum drew a technical in the first quarter. He appeared upset moments earlier after a non-goaltending call on the other end. McCollum finished with 24.

Pelicans: At Memphis on Tuesday night.