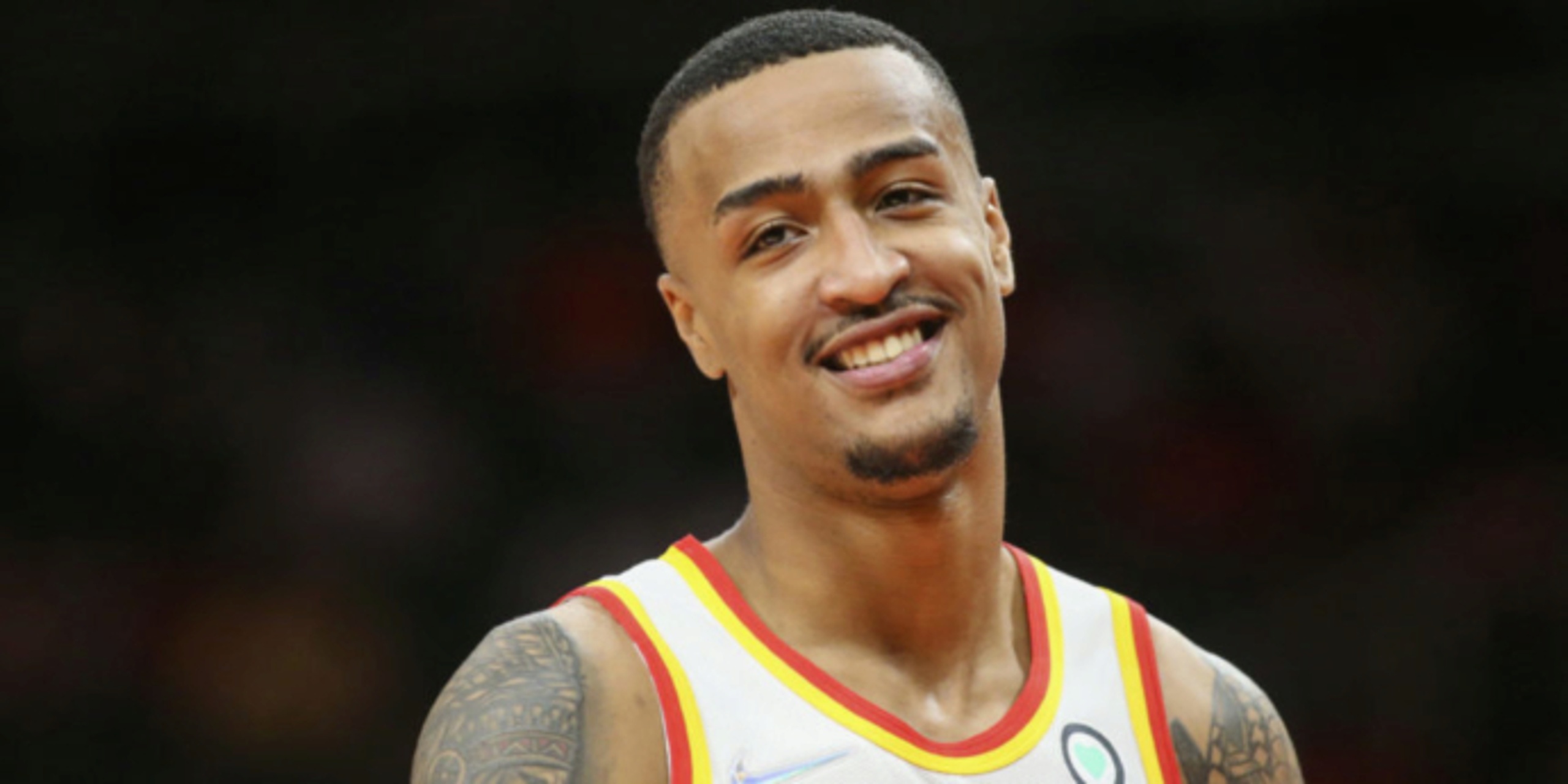 John Collins shines at the 5 for Hawks in dress rehearsal vs. Heat

Some moments are so amazing, so breathtaking, that it feels like time just... stops.

And then, there was Thursday's preseason game between the Atlanta Hawks and Miami Heat, in which time literally stopped.

Not even two minutes into the action, the game was halted due to clock issues. The shot clock and game clock were frozen, then out completely. The delay lasted a few minutes, and play resumed with the PA announcer tasked with counting down when the would-be shot clock reached 10.

That may have been the most complicated portion of this one; the Hawks jumped out to a lead early, then proceeded to blow the shorthanded Heat out of the water in a 127-92 victory.

The result should come as no surprise. While the Heat only had seven players available (well, six and Udonis Haslem), the Hawks ran the gauntlet, treating the outing as a final dress rehearsal.

You don't want to take too much stock from preseason action — especially when the roster availability is this drastic between the two teams. But if there was one thing that caught my eye, it was the Hawks going small.

Midway through the third quarter, they went to another version, with starter Bogdan Bogdanovic in place of Reddish in the lineup. Regardless of the wing combo, the real intrigue came from Collins logging minutes at the 5.

That alignment was a marginal success last season; per PBP Stats, the Hawks outscored opponents by 1.2 points per 100 possessions in nearly 700 minutes with Collins as the lone big. The offense was predictably great (118.6 offensive rating), while the defense left plenty of room for growth (117.5 defensive rating).

Looking into preseason on/off splits is irresponsible for obvious reasons. Doing so for Thursday's contest would be even more irresponsible considering the Heat's depth chart. But... there's nothing wrong with peeping the process. Within that context, a little excitement is okay.

I found myself impressed with Collins' work on the backline. The Hawks mostly switched 2-through-4, which left him with "drop" responsibilities in ball-screens. He walked the tightrope well, never committing too much (or too early) to the ball-handler, and never dropping back too far and conceding a good shot in the process.

When faced with post-ups, Collins wouldn't budge. Tasked with help duties instead of navigating the initial action, Collins rotated in a timely manner to provide assistance.

This is the vision.

It's an on-time rotation from Collins, regardless of whether you feel the block was clean or not. He's then able to set up shop above the break, directing traffic before receiving a pass and cashing home the triple.

About the offensive end: I'm not sure what you do with Collins if he's the only big on the floor. He's a legitimate spacer, having knocked down 39.3% of his above-the-break threes in his career. Higher volume is needed to put him in the, say, Jaren Jackson Jr. class, but he's not a guy you can leave open.

And since he can't be left open, fleet-of-foot bigs have to stretch themselves thin to stay attached. That opens up driving opportunities for him.

The threat of his jumper also unlocks driving lanes for everyone else. Of course, the spacing element is secondary to the havoc he creates as a roller in ball screens.

Empty-corner actions are difficult enough to deal with; doing so with Collins at the 5 is pretty evil. You think Max Strus is disrupting that lob as the low-man?

Absolutely the heck not.

The offensive advantages are pretty clear, but they can be muted if Collins can't hold his own defensively. We'll need to see more once the games start counting, but Thursday night's showing was a step in the right direction.