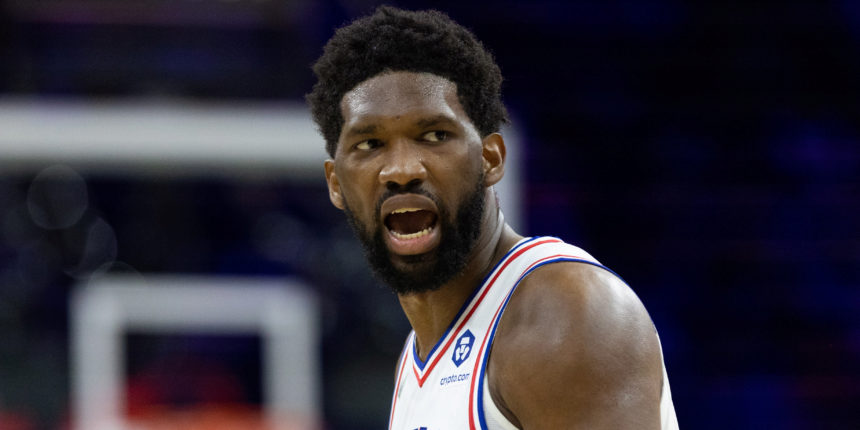 Nearly two years after the NBA suspended its season due to the onset of COVID-19 among players, the coronavirus pandemic continues to plague the NBA, as teams continue to suffer from shortages in personnel due to the league's health and safety protocols.

As COVID cases continue to rise, the NBA maintains that it will “trust the science” and let it guide the league in managing the situation. But once again, it seems as if things are starting to get out of hand. The Philadelphia 76ers are one of many teams that have been hampered by the health and safety protocols. Sixers big man Joel Embiid had a tough bout with the virus early in the season.

“I really thought I wasn’t going to make it," Embiid said to reporters when he exited the protocols earlier this season.

Embiid is now back in action, but the Sixers have had a number of players sidelined throughout the season. Philadelphia started the season shorthanded due to the absence of All-Star point guard Ben Simmons and, like the rest of the league, the health and safety protocols are making an already challenging season even more difficult for Embiid and the crew.

“I thought last year there was great precautions in place and this year it was just all over the place, and I just thought it was unprofessional and that’s where we are now," Embiid told reporters recently.

"I thought last year there was great precautions in place and this year it was just all over the place and I just thought it was unprofessional and that's where we are now."

The NBA continues to enforce its health and safety protocols. Still, the rules are only as good as those adhering to it. Embiid believes that he and his peers can do a better job of taking the necessary actions to help curb the rising number of players entering the protocols.

“We all got to protect each other," Embiid said. "Whether it’s wearing masks, making sure whatever you do outside of basketball, that you think about your teammates, their family or your own family."

It’s a shame that we continue to see players in and out of lineups due to the protocols, but unfortunately, this is the new normal in the NBA. Even with 97% of the league vaccinated, it seems that players missing time and games being postponed will be a regular occurrence.

Hopefully the NBA will find a more effective way to manage the COVID outbreaks going forward.