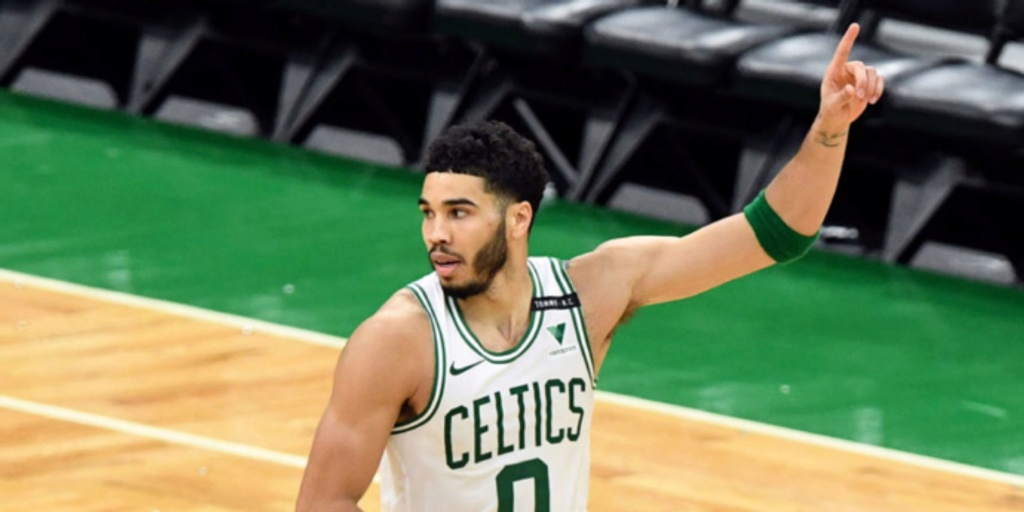 Jayson Tatum on missing All-NBA: 'It should have been a no-brainer'

As a result, Tatum missed out on a $33 million bonus that would have come with the recognition.

"I know I should have made it, just I guess with the season I had," Tatum said to Ashley Nevel on Kicks' Beyond the Press podcast. "I mean, $33 million on the line. Obviously, that would make anyone feel some type of way."

"I wasn’t necessarily upset about losing the money," he added. "I think I just felt like the way I was playing, everything I did, I thought it should have been a no-brainer. I think I was just more frustrated with that."

Tatum had a suggestion to fix the subjective media-based voting process to determine All-NBA squads.

"I think what they do need to change is – it’s kind of opinion-based," Tatum said. "One hundred media members have the vote, and what’s the criteria, right? Is there a certain amount of games you need to play? Should you be in playoff contention? There’s a certain amount of points you should average, depending on your position.

"I think there should be something like that in place because I think if you just allow people to just vote and there’s nothing set in place like, 'All right, you've got to play this many games,' whatever it may be. I think that would help it out a lot."