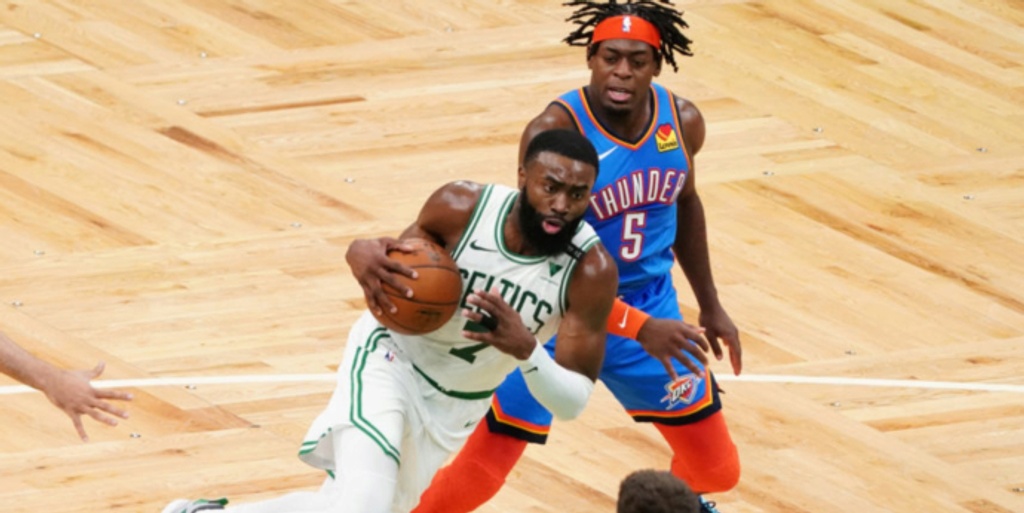 Jaylen Brown after Celtics loss: 'Passion needs to show on the court'

Jaylen Brown expressed frustration with his team's energy after the Boston Celtics lost to the Oklahoma City Thunder, 119-115, on Tuesday.

ANALYSIS: Brown's sentiments echo many from the Celtics' fan base. Boston lost to a prospect-laden Thunder team that had previously dropped its last 14 contests. Brown did his part to stem the tide, scoring 39 points to go with 11 rebounds and four steals in the defeat. The Celtics have lost their last three games and will face the Charlotte Hornets on Wednesday.