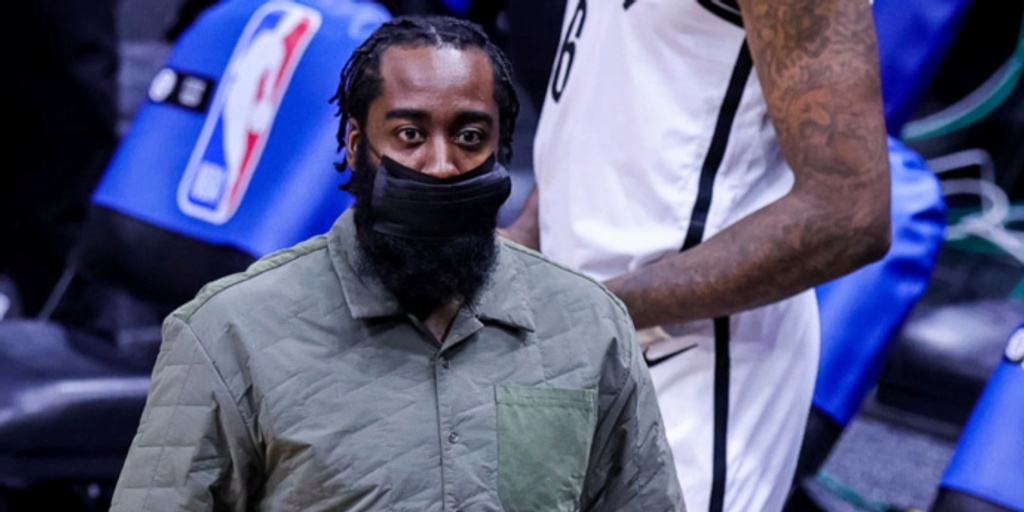 James Harden (hamstring) suffers setback, could be out until playoffs

ANALYSIS: Wojnarowski added that the Nets will continue to be cautious with Harden, and there's a possibility that Harden's return could come closer to the start of the playoffs in a month. Harden has been out of the lineup since April 5 after suffering a right hamstring strain in a matchup against the New York Knicks.

When available, Harden has been phenomenal for the Nets, averaging 25.4 points, 11 assists, and 8.7 rebounds in 37.3 minutes per game. The Nets' Big 3 of Harden, Kevin Durant, and Kyrie Irving have only played seven games together, and it seems very possible that they won't play together again until the playoffs start on May 22.