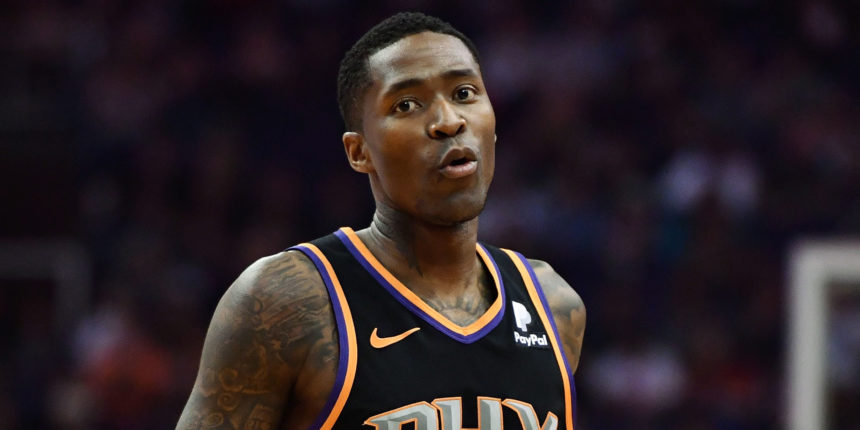 For a lot of players, getting used to the off-court realities of NBA life is as challenging as figuring out the game itself. As much as they remember the first time someone schooled them on the court, players also remember the first time they realized there are no feelings and loyalty in the business of the NBA. Jamal Crawford learned that lesson early on in his career.

“This is a business”

With the No. 8 pick in the 2000 NBA Draft, the Cleveland Cavaliers selected Jamal Crawford, but rerouted him to the Chicago Bulls in exchange for Chris Mihm and cash. A rebuilding team that was trying to find its way after Michael Jordan left Chicago for good, the Bulls were turning to young prospects. That gave Crawford the confidence that they would have patience with young players who show potential.

Then, a “welcome to the NBA” moment sobered Crawford up.

"The first one I can remember, like ‘Whoa, this is a business' was Khalid El-Amin," Crawford said on The Habershow. "He was playing well — he was a second-round pick — and I’m pulling in to the facility, and he’s leaving the facility. I’m like ‘Where you going? We got practice.' And he was like, ‘They just let me go.‘ I was playing behind him, here I am a lottery pick! He had a better rookie season, flat out."

El-Amin was a member of the 1999 Huskies team that won the NCAA championship. He was the 34th pick in the same draft as Crawford, playing ahead of him, getting real NBA minutes and performing; yet, it wasn’t enough. The craziest part is that El-Amin was selected to play in the Rookie-Sophomore game that season. That means he was considered to be one of the 12 best rookies in the NBA. A month later, he was let go by the Bulls.

“That was my first 'welcome to the NBA' moment where I was like, ‘What to hell, this makes zero sense?!’ I forgot about that part, he made the Rookie-Sophomore game. He was balling! I’ve never told that story, that’s crazy," Crawford said.

Jamal had to wrap his head around the fact that even if you’re playing great, sometimes that’s just not enough.

El-Amin played for the Dakota Wizards in the D-League (now G League) the next year, but those minutes with the Bulls were his last in the NBA. After that, it’s a list of teams overseas for an impressive international career. But why do you draft a guy only to cut him so quickly, particularly after he’s outplayed his draft position?

There’s nothing general managers love more than to draft well in the second round; that boosts their credibility and literally buys a few years of job security. But given the fact no other team signed El-Amin after the Bulls let him go, there was an obvious consensus he’s not good enough for the Association.

Teams are always thinking two moves ahead, and at 5-foot-10, a player’s potential in the NBA is limited. You literally have to be the best scorer in the fourth quarter in NBA history (Isaiah Thomas, for those who don’t know enough about the King in the Fourth) to offset your defensive limitations. And the moment IT stopped dropping 30, he was out of the league before we knew it. But Kudos to Thomas for making it back this season on a pair of 10-days.

But Crawford learned quickly as a rookie about the harsh side of the league.