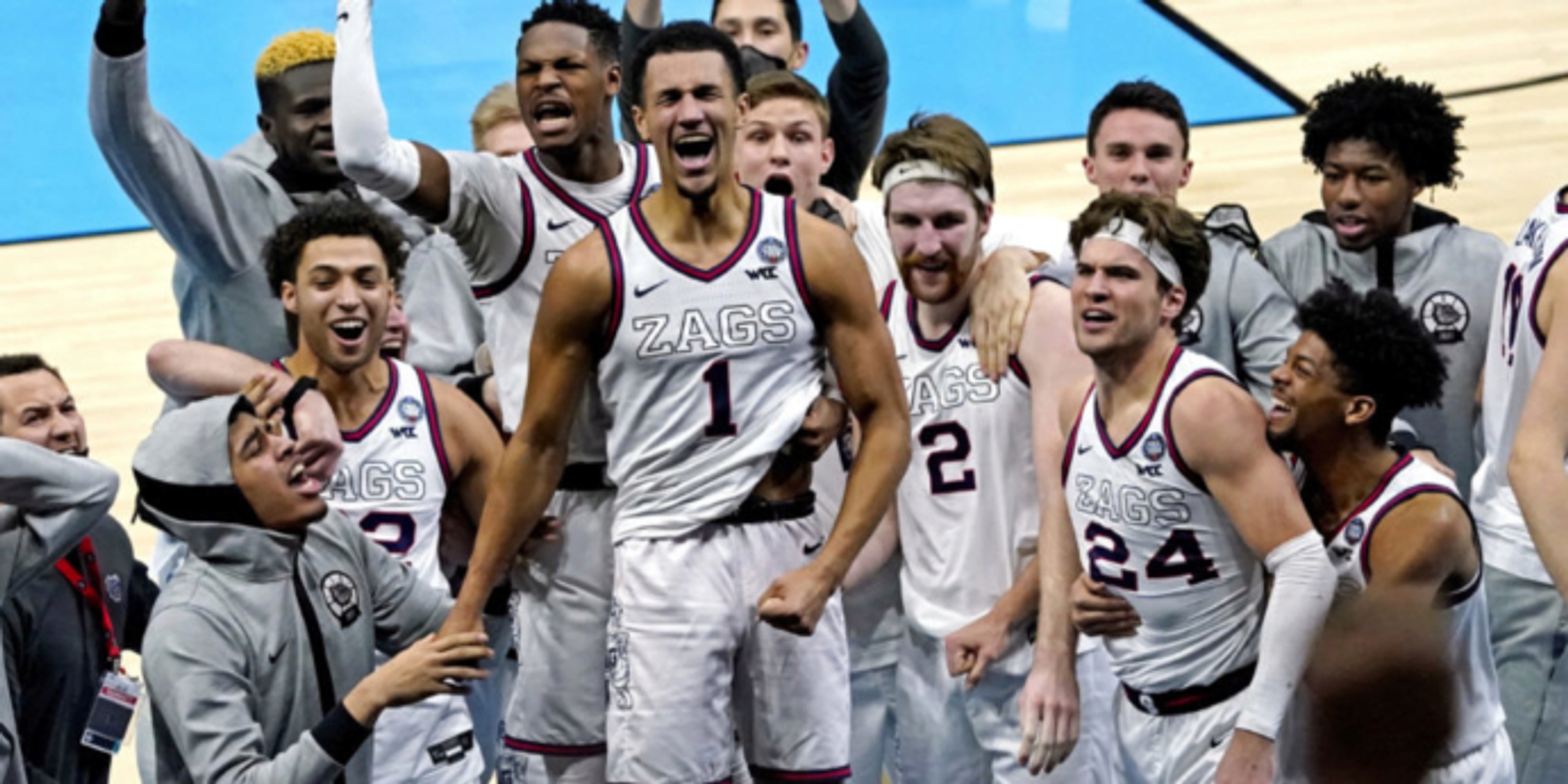 Gonzaga entered Saturday's Final Four showdown against UCLA with 30-straight wins -- including 29 by double-digits -- but the Bulldogs finally had to survive a thriller to keep their perfect record in tact. The 11-seed Bruins gave the Zags everything they could handle before Gonzaga squeaked out a 93-90 victory in overtime.

Jalen Suggs banked in a desperation three-pointer at the final buzzer to secure the victory after UCLA's Johnny Juzang tied it at 90 with a lay-up just seconds before.

ANALYSIS: Gonzaga, who is the top-overall seed in the tournament, will advance to play the 2-seeded Baylor Bears on Monday night in the national championship game.

Saturday night's game went into OT after UCLA's Johnny Juzang was called for a charge on a potential game-winning shot attempt in regulation, which ultimately led to Jalen Suggs sinking the shot of the year in OT to help carry the Zags into Monday night's finale.