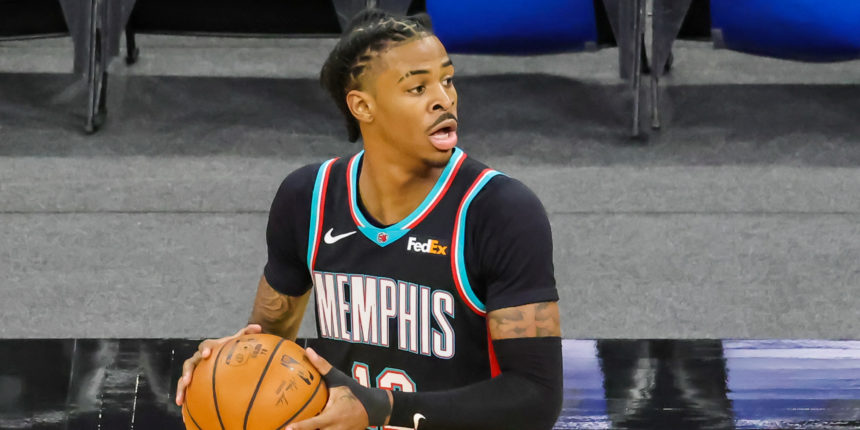 The reigning rookie of the year, Ja Morant, claimed that he was a top five point guard in the NBA during an interview with TNT yesterday. The 21-year-old out of Murray State has the Memphis Grizzlies way ahead of schedule in their rebuild plans, as they are currently in contention for a playoff spot for the second consecutive season. Morant has season averages of 19.1 points, 7.3 assists, and 3.9 rebounds in 32.2 minutes per game. Morant's numbers might not jump out at you, but his presence on the court is undeniable as he does a great job at controlling the pace of the game when he's out there.

Morant followed up his 'top five' comments with a monster 37 point, 10 assist game in a win against Minnesota tonight. Morant out-dueled Minnesota's rookie Anthony Edwards, who tied his career high with 42 points tonight in the loss. The Grizzlies have been struggling as of late and Morant knew how important it was to get a win tonight, so just as a star player would do, Morant put the team on his back and willed this Grizzlies team to a much needed victory.

Although many may not agree with Morant's 'top five' comments, you've got to love the confidence he has this early on in his career.