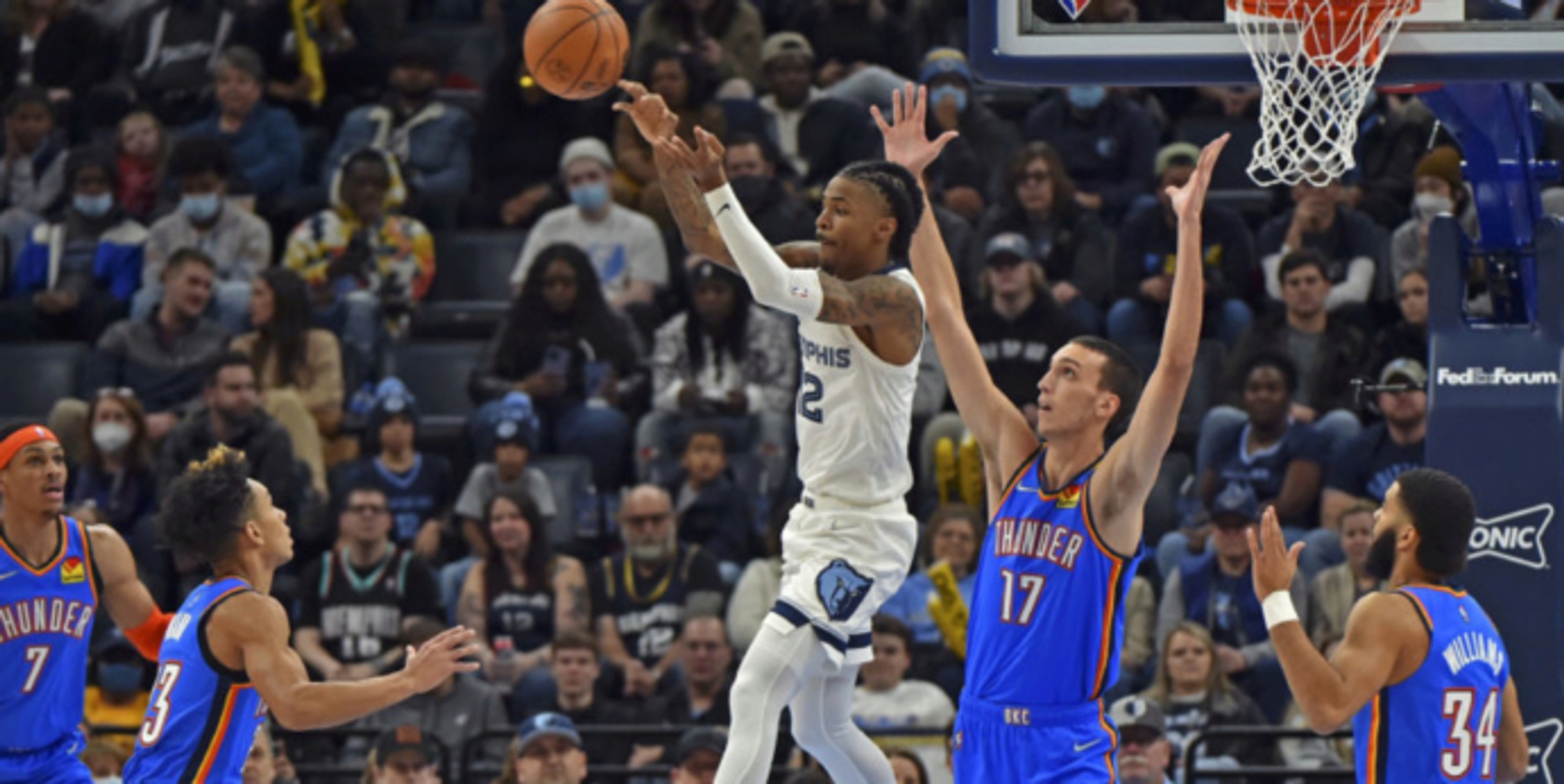 Memphis Grizzlies star point guard Ja Morant, who returned to the lineup tonight after missing the previous 12 games due to a sprained left knee, heard some pretty harsh words from courtside fans about the Grizzlies' lackluster performance in his return.

Memphis went a surprising 10-2 with Morant on the sidelines, playing their best basketball of the young season during that stretch. The Grizzlies led the NBA in an array of defensive categories with Morant sidelined, including holding the league's best defensive rating in the month of December.

Morant put up 16 points, 8 assists and 6 rebounds in just under 30 minutes of action, and he was also active defensively, registering two steals and a block against the Oklahoma City Thunder. The Grizzlies played another great game defensively, but for the second-straight night, Memphis struggled to shoot the ball (as they converted on just 39% of their field goal attempts). This eventually cost them the game, as they fell 99-102 to the Thunder, whom they beat by an NBA record 73 points several weeks ago.

During his postgame press conference, Morant said that some Grizzlies fans were telling him he should sit back out, according to Drew Hill of the Daily Memphian.

"It’s frustrating for me, watching this team while I was out and the type of basketball they were playing,” Morant said. “We beat this team by 73, and then we lose the day I come back against this team. It’s frustrating. I was already in my head coming back out and trusting my knee after missing 12 games. Basketball is my escape, I feel at my best when I play. So, it’s really frustrating.

"Even during the game, I was running down the court and I heard some of my fans courtside tell me I need to sit back out. So, I just don’t understand what they wanted to get out of that. I feel like that just makes it worse.”

Morant was clearly frustrated about the comments.

“It’s a lot, man. I’m excited to be back and I’m thankful for my teammates because they have tried to keep my spirits up and tell me not to worry about what people say. But, it’s hard not to see that stuff," Morant said, per Hill. "I mean, it’s easy when I see it, but when I’m running down the court midgame and hear it from the people that were chanting 'M-V-P' a while ago, it’s frustrating.

"I’m just frustrated. Normally — y’all have seen it — when anybody says something negative about me, it fuels me. But, tonight, the remarks from the fans actually hurt. I’m going to do what I normally do and bounce back and I’m very excited for this next game.”

It's surprising that Grizzlies fans would say this to Morant, who at 22 years old and in his third NBA season has already become the face of the franchise and just led Memphis back to the playoffs last year, defeating Stephen Curry and the Golden State Warriors on the road in a play-in game. Morant is easily already one of the NBA's most exciting players to watch with his jaw-dropping finishes at the basket and pin-point passes.

Teammate and second-year guard Desmond Bane, who is also in the midst of a breakout season, defended Morant, saying: “We know what kind of player Ja is, and I think everyone knows what kind of player he is. An All-Star. He hasn’t played in a month. Throw anyone out there without being out there for a month, and they won’t be themselves. And he played solid!”

Bane went on to say the idea that the Grizzlies might be better without Ja is “nonsense" and that Ja gets picked on because he’s a star and an easy target.

“He will be in Memphis as long as he wants to be," Bane added. "It's his franchise."

Bottom line, the NBA season is too long to overreact to one game, especially when it was a player's first game back in almost four weeks. Memphis fans need to be better and realize Morant is arguably already the best/most impactful player the team has had in franchise history. Morant has made it clear he loves the city, but Memphis needs to show that same love back.