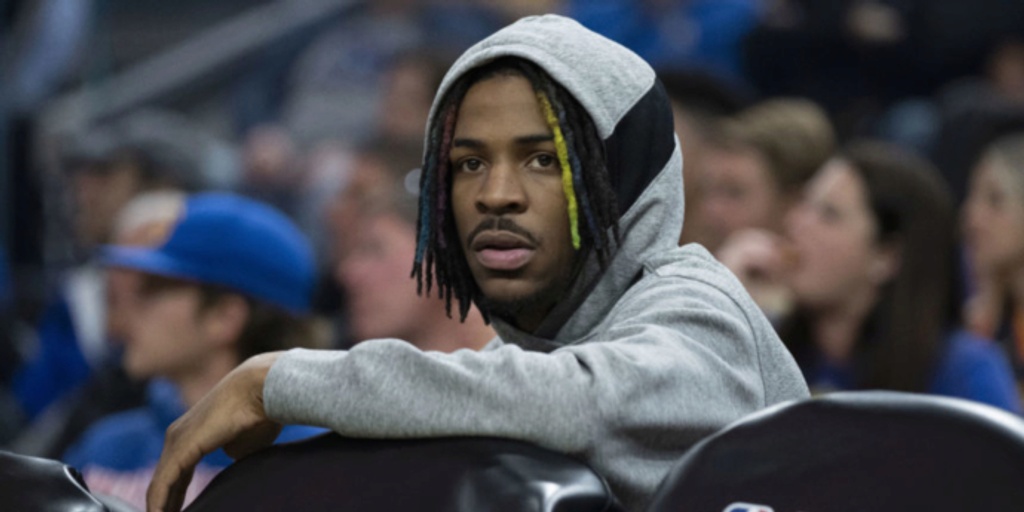 Memphis Grizzlies guard Ja Morant will be listed as doubtful for the remainder of the playoffs due to a bone bruise in his right knee, the team announced. The injury occured during the fourth quarter of Game 3 against the Golden State Warriors, when Morant and Jordan Poole collided (and Poole grabbed his knee).

The Grizzlies were 20-5 without Morant during the regular season, but losing their best player is obviously a huge blow to their championship hopes.

Morant seems to think that Poole grabbing and pulling his knee "broke the code," as he tweeted (and later deleted) this shortly after he suffered the injury.

Game 5 between the Grizzlies and Warriors is Wednesday at 9:30 p.m. ET on TNT. The Warriors are leading the series 3-1.