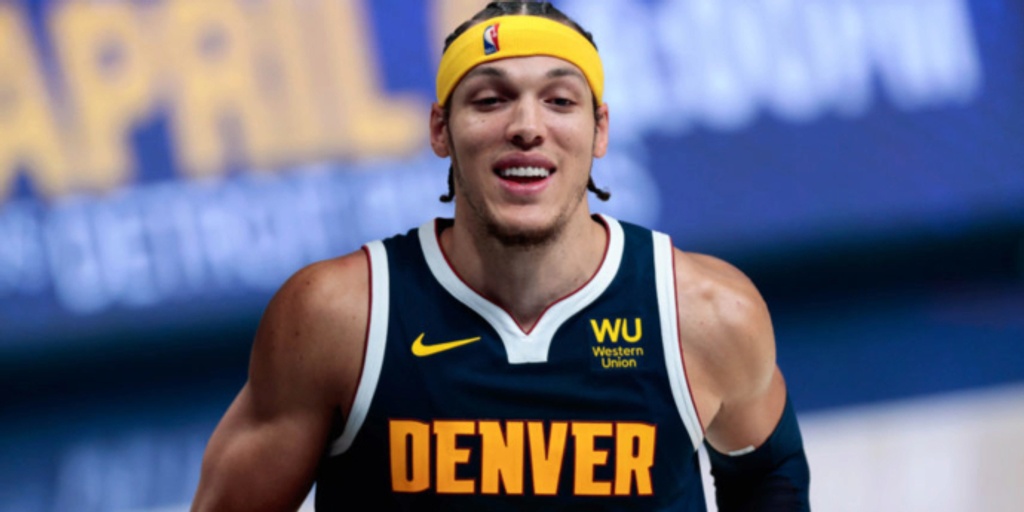 It’s championship or bust for Aaron Gordon and the Nuggets

Winning a championship at any level isn’t easy, especially not in the NBA.

Believe me when I tell you: it’s hard.

But you want to know what’s harder?

Trying to take the leap from being a “very good” team to being the squad that walks away with the chip. Once you make it to the Western Conference Finals, there’s only one place to go from there, right?

That’s exactly where the Denver Nuggets find themselves.

Denver has managed to win eight games in a row since they traded for Aaron Gordon, but that’s the thing about the NBA – the better you are, the more people expect of you. An eight-game winning streak is cool and everything, but the reality is that when you’re a team coming off a run to the Western Conference Finals, anything less than that won’t be satisfying. For the Nuggets, the unfortunate thing for them is that nothing they do in the regular season will matter if they don’t prove themselves in the playoffs.

I’m willing to bet that everyone on the team recognizes that, and now, to make things even more interesting, Aaron Gordon has been added to the mix.

He was drafted by Orlando fourth overall in 2014 and spent six years there. He got paid big money and was hoped to be the guy who could lead that team, but for whatever reason, he wasn’t able to get things going over there. Now, he’s heading to the Western Conference. He’s playing on a great team that will certainly give him a shot to compete, but it’s a straight-up dogfight to even get out of the first round.

In Orlando, just making it to the playoffs was considered acceptable, but now, all of a sudden, Gordon is on a team that expects him to help deliver a championship. Going from being the featured player who gets as many shots as he wants to being the third option (at best) is going to be a new experience. He’s gonna have to play off of Joker and Jamal Murray and wait patiently for his opportunities, and his mindset is going to make all the difference.

So far, things have worked out, but it’s still early, so I’m gonna keep watching.

Aside from getting less touches on the offensive side of the ball, Gordon is gonna have to bring it defensively every single night. He's basically filling the Jerami Grant role and the Nuggets are hoping he can be the missing piece of the puzzle, so he'll need to lock in and make sacrifices (which can be a lot to ask of a 25-year-old who might still want to prove himself).

Will he be content with playing his role? Or will he want more of the freedom he had in Orlando?

Will he thrive under the pressure that the Nuggets will face as they try to build on last season’s success? Or will he get upset that he isn’t given more opportunity when the team faces some adversity?

Once the playoffs begin, the entire franchise is going to feel the pressure to improve on what they did last season, and if they have a tough playoff bracket and some unfavorable matchups, things could get testy. At the end of the day, that’s what makes the West so fun to watch. No matter how dominant a team looks in the regular season, it always comes down to their playoff matchup, and aside from Gordon, that’s another reason why all eyes are on the Nuggets after the trade deadline.

The playoffs are right around the corner, and especially on a winning streak, Denver probably feels like they’re one of the true contenders out there. 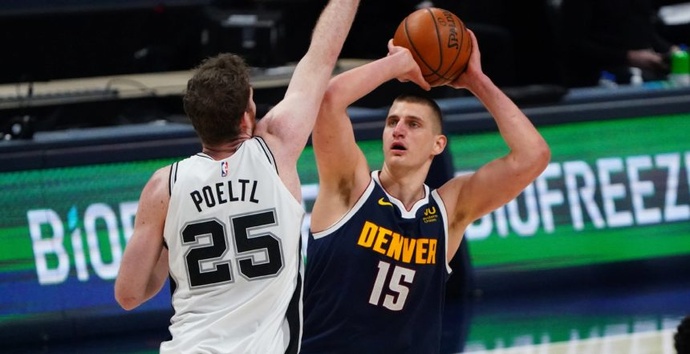 Nikola Jokic is having an MVP-type season and after coming back from 3-1 against the Jazz and Clippers in the bubble, they probably feel like they can do anything. With Gordon in the fold, it makes them all the more impressive on paper. But the game isn’t played on paper.

Over the last 20 games of the season, I guarantee you that Mike Malone and his coaching staff are gonna be looking at the standings and thinking about matchups. As much as everyone tries to pretend that they don’t watch the standings, I’ll tell you the truth: teams definitely want to give themselves the best chance of advancing. With about 10 games left in the regular season, teams jockey for position and try to give themselves a favorable route if they can control it. Keep that in mind.

If the playoffs began today, Denver would be the fourth seed and would have to play the Lakers in the first round. That’s probably something they want to avoid. Fair or not, if they got knocked out in the first round (which is possible when you play LeBron James), most people would look at their season as a failure and would probably say the same about trading for Gordon. It would be hard to argue otherwise because a championship is the measuring stick.

On the other hand, if Denver managed to catch the Clippers for No. 3 (again, based on the standings today), they would play the Blazers in the first round and would be lined up to see the Suns in the second round. It would be tough either way, but if I’m them, I’d rather take my chances with Portland and Phoenix than the Lakers and Jazz.

So yeah… believe it or not, the Nuggets are facing a lot of pressure. So is Aaron Gordon. Their success in the bubble has led to some high expectations, and when you add another All-Star caliber player to what was already a deep roster, it's championship or bust.

Can Denver build on the success they had last season? Can Gordon prove to be the final piece of the puzzle? Are Jokic and Murray the guys that can lead the Nuggets to their first-ever championship?

We’ll find out come playoff time. But with only 20 games left in season, at least we won’t have to wait too much longer to get those answers.