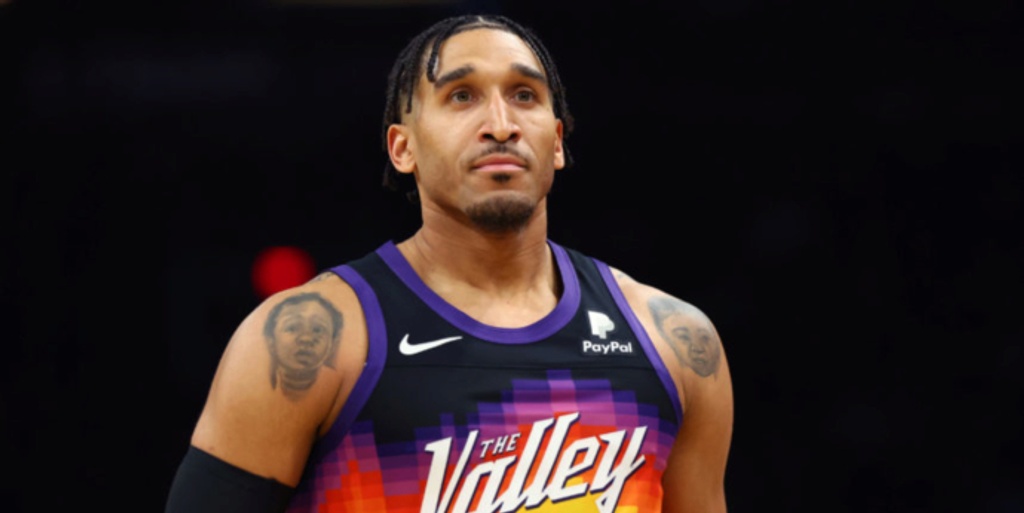 When Ish Wainright first walked into the practice facility in Scottsdale, Arizona, Phoenix Suns head coach Monty Williams had no idea who he was.

Signed on a two-way contract by Phoenix this season, Wainright’s path to the biggest stage is an awe-inspiring one. After playing for the Baylor Bears throughout his collegiate career, Wainright went overseas and did well for himself in Germany. He did enough to catch the eye of NBA teams, and suited up for the Toronto Raptors in the Las Vegas summer league and preseason. Eventually, though, it led to the Suns taking notice and bringing him aboard a special organization in the Valley.

Four days ago, Wainright’s NBA dream was officially realized, as the Suns converted his two-way deal into a standard contract — a move that makes him eligible for Phoenix's postseason roster. Wainright took the spot of Frank Kaminsky, who was released as he continues to nurse a stress reaction in his knee.

All along the way, Wainright’s infectious personality and tireless work ethic have left their mark within the Suns’ organization. A restricted free agent after this season, Wainright could now be Phoenix’s newest version of the Cameron Payne success story from a few years ago.

Within a short period of time, Wainright has gained the trust of Williams and the Suns’ coaching staff. In a pinch, Wainright can play multiple roles for Phoenix. Whether it be as a small-ball 5 or a burly forward who can space the floor, the Suns’ 27-year-old rookie has already found his niche. The job for Wainright is simple within the Suns’ already well-flowing two-way operation: defend at a high level, move the ball around and hit the open-shot opportunities.

A well-known gym rat in the Suns’ training facility, Phoenix’s player development staff have helped Wainright quickly become a knockdown three-point shooter from the most important spot on the floor. Converting an impressive 42.9% on corner threes, Wainright is now a player teams can’t sag off of. If anything, Wainright’s added development makes him a piece that could easily see the floor for Phoenix in the postseason. For example, with Wainright’s shooting and frame, he could be a reserve secondary option for a potential Finals rematch against the Milwaukee Bucks.

Wainright and his head coach are both in agreement on his role, which has a complete buy-in all levels. If anything, Wainright is the latest shining example of the Suns’ system mining another rotation gem.

“I think the thing that I’m seeing with him, he’s not bringing the ball down. When he catches it in the shot pocket, he keeps it there and it’s all legs and follow through as before I think it would’ve been a wind up to a shot. And he’s worked on it,” Williams said of Wainright’s shooting development.

“Coach [Steve] Scalzi spends every day, every minute with Ish working on all of that stuff. But in our economy, the corner three is probably where he’s going to get his shot when he does get in. So, he’s got to be efficient from that spot.”

Wainright relayed similar thoughts to Williams. It doesn’t bother Wainright that he doesn’t get many shot opportunities or minutes because he’s a complete team player. Loved in a tight-knit locker room already, it speaks volumes to Wainright’s character.

On the doorstep of making another dream into reality, Wainright knows his moment is about to be realized — signed to a regular NBA contract.

Now, on a playoff roster who's the favorite to win the NBA Finals, the Baylor alum has found a potential long-term home on the highest level of basketball.

“My mom actually heard the conversation at my door. I heard her before I could react to anything. I heard her scream, but just having an organization and team believe in you, trusting you it means the world,” Wainright said of learning his contract had been converted to the main roster.

“The journey that I’ve taken to get to this point, it means a lot. I’m in a daze still, to be honest with you. It probably won’t kick in until Sunday when I’m looking at my jersey like, ‘Woah.’ I’ve dreamed about playing in the playoffs, the Finals, winning a championship. Dreamed about playing in the NBA, especially for one of the greatest teams in Suns history and also the No. 1 team in the world. It means a lot.”