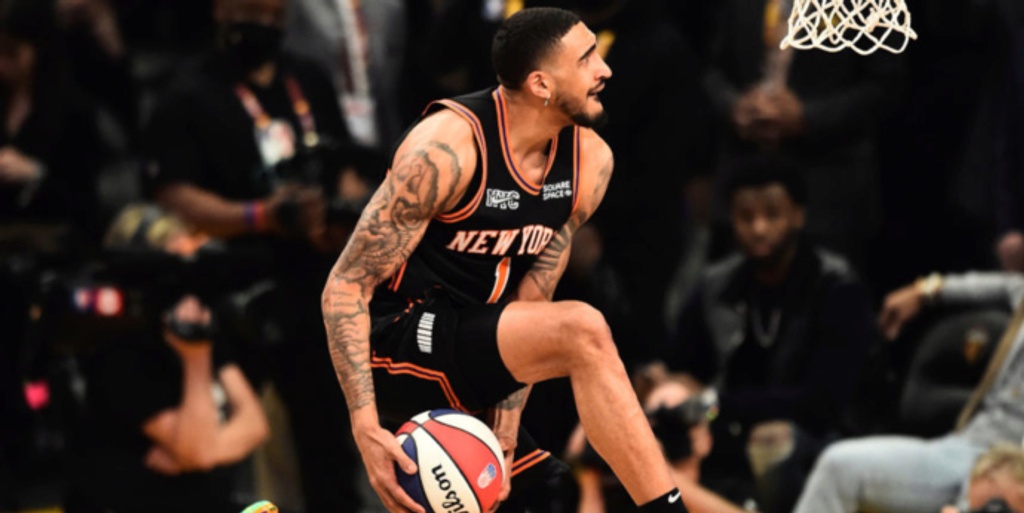 Is there a quick fix to reviving the NBA Slam Dunk Contest?

Once again, the NBA Slam Dunk Contest was a complete failure — an utter disaster for the viewing audience, which ended with Obi Toppin nabbing the award. How can the Association save what was once its most hyped event of All-Star weekend? Long gone are the days where Zach LaVine and Aaron Gordon would have epic face-offs, or when Dwight Howard would bring out all the props. Or of course when Nate Robinson was sky walking at his size.

In 2022, the dunk contest became arguably the least memorable event from All-Star Saturday. It was fun seeing the new rules for the Skills Challenge, keeping viewers engaged and making the event more tiered. Nowadays, the Three-Point Contest is becoming the biggest draw. Karl-Anthony Towns put on a show, as the Minnesota Timberwolves’ big man scored 29 points in the final round.

Exiting Cleveland, how exactly will the dunk contest be saved? It has reached discouraging new (low) levels, and this just felt like rock bottom.

Next year’s All-Star Game is being held in Salt Lake City, Utah. Want an easy fix to bring more entertaining dunks? Let’s finally get Donovan Mitchell to defend his championship won back in 2018. This whole weekend could be a showcase for Mitchell, who does continue to fly under the radar a little bit as a well-known star-level player.

It can’t just end there, though. What’s the long-term, permanent solution to reviving the event? That’s where this all gets discombobulating. The bar has been raised so high in previous years that even some jaw-dropping athletic dunks no longer bring the same pizazz. That’s simply an impossible standard to reach on a consistent basis.

In a, let's say, unrealistic reality, every year superstars would line up trying to be in the dunk contest. Let’s say next season for example featured Mitchell, Ja Morant, LaVine, Gordon, Toppin and 2022-23 rookie Jaden Ivey from Purdue. That lineup alone is bringing in all the attention. The thing is, that’s not a regular occurrence. The main showcase is supposed to be the All-Star Game, where all the game’s superstars put on their show each Sunday night in mid-February.

But this is turning out to be a true eye sore from the weekend in Cleveland. Missed dunks galore led NBA legend Dwyane Wade to rate the festivities a ‘6’ after it ended.

“We always have an off year,” Kenny Smith said during the TNT broadcast. “Even LeBron James has off games.”

At this point, it might take a LeBron-like player to make this even feel anywhere close to where it was a decade ago. Mitchell, Morant, LaVine, are you listening? Whatever Adam Silver needs to do in order to convince these top-tier players to participate, those steps should be happening in short order.

It’s sad to say, but the longstanding NBA Saturday night showstopper is fading off into the distance. There’s no quick fix to this event. Sure, maybe we get a heart-pounding event next year in Salt Lake City featuring Mitchell, but what about the year after in Indianapolis? There’s a lot of scenarios that could go down, but it’s weird to even be writing out how far it has fallen, as far as thrilling moments.

For the NBA to make sure the dunk contest doesn’t continue to sink to lower levels, my best guess is to bring the host city’s superstar as a headliner. Mitchell with the Jazz in 2023 — then the Pacers’ top draft pick from the 2022 NBA Draft (ex: Ivey or Paolo Banchero). That’s one way to bring more eyes to the event locally, but also make it a showcase for the player in his own arena. The only other one that makes sense is to bring stars to the table however you can. Coax Morant in somehow, a player who continues to make highlight reels each game for the Grizzlies.

There’s not a quick fix. It’s going to need to be a shared idea and common goal between the NBA and its players to put on a star-studded lineup each year.

After this weekend in Cleveland, I’m walking away with more questions than answers now when it comes to a potential dunk contest extreme makeover.