In Colombia, Juan Palacios joked, a soccer ball is given to you at birth.

Basketball found him on the back of a public bus in Medellin when he was 11.

“My mom is about 6-foot-2,” said Palacios, a standout hooper at the University of Louisville from 2004 to 2008. “One night, after work, a basketball coach sat next to her on the bus. He said, ‘We need a limo so we can be comfortable.’ He asked her if she had any kids and when she told him I was 6-1 and 11 (years old), he said he wanted to meet me.”

“The guy saw me and told me, ‘You are going to be the best basketball player in Colombia and you will travel the world,’” Palacios remembered. “I had never touched a basketball before.”

Now, 37, Palacios is one of the best players in Colombia and basketball has taken him all over the world.

“Everything he said became a reality,” Palacios said.

Last year, Palacios, who is in Year 14 of his professional basketball career, visited Angel.

“He has Alzheimer’s, but he remembers me,” Palacios said. “He was super excited with everything I have accomplished.”

A chance meeting on public transportation, because his mom wanted more leg room, started his journey on the hardwood; within three years, Palacios began drawing attention for his play with the Colombian U18 Men's National Team.

At 15, speaking almost no English, Palacios moved in with a host family and enrolled at Our Savior New American in Centereach, New York.

“[They were] like, 'Okay we'll take him,' but it was more of, 'Let's do something nice for him and the world,'” Palacios said with a laugh. “They didn’t have much hope that I was going to be good, until they saw me at our first practice.”

Palacios was a Third Team All-America selection his senior year. Shooting better than 50% from the floor and averaging 20.2 points per game, he was nearly 6-foot-9 and a bulldozer at power forward — an NBA prospect.

“I was playing with grown men over here in Colombia,” Palacios said. “I knew the hard work I was putting in; I knew I was nice [before they did].”

When it came time to pick a college, Palacios chose Louisville for one reason: Rick Pitino.

In Palacios, Pitino saw a frontcourt duplicate of former NBA player Jamal Mashburn; in Pitino, Palacios saw a “genius.” Someone who understood people every bit as much as he understood basketball. 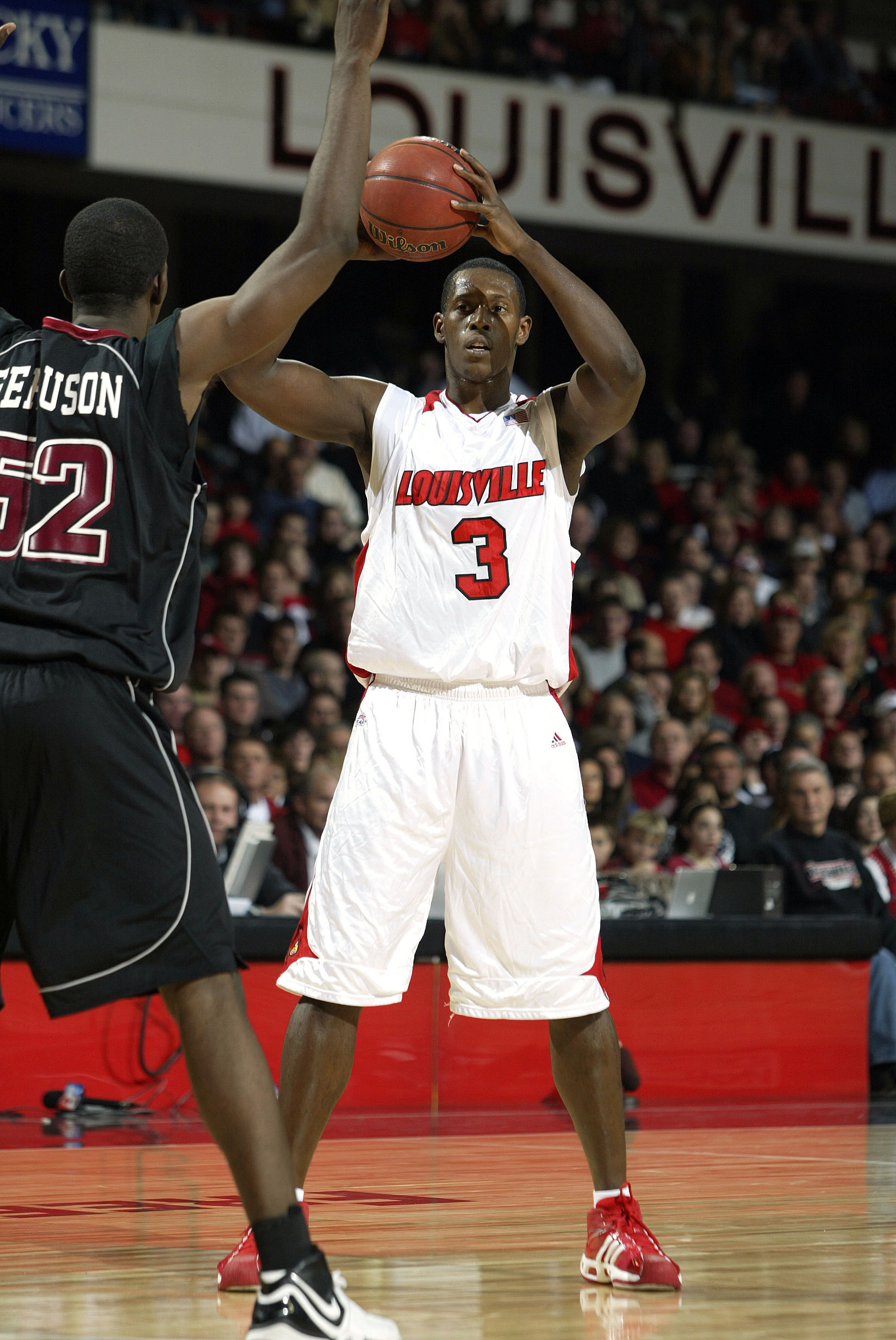 An integral part of a Final Four team his freshman year and Elite Eight team his senior year, Palacios attributed his longevity in the sport to his experience at Louisville.

“There is nothing I have seen as a professional that I didn’t see with Rick Pitino,” Palacios said. “Practice, preseason, he prepares you for life.”

The most important piece of advice Pitino gave him: “Always be under 10% body fat.”

“I am 37,” Palacios said. “There are a lot of guys that [came up with me that] have already retired. Longevity is hard — it’s something he cultivated in me.”

As a pro, Palacios has played in Spain, the Canary Islands, Colombia, France, Turkey and, currently, Lithuania.

“I want to go to Asia, because I have never played there,” Palacios said.

As long as his body feels good and he is still performing at a high level, Palacios doesn’t expect to retire anytime soon.

“I don’t have the millions that LeBron does to take care of my body,” he said. “I don’t want to get to the point that I look bad on the court. But if the knees don’t hurt it will be hard to retire.”

This summer, Palacios took on a new challenge: Rejoining the Colombian national team for the first time in years, in the hopes of leading the country to a FIBA World Cup appearance in August of 2023.

“They don’t really pay us and I don’t need the exposure, but at the end of the day I love my country,” Palacios said. “I pride myself on doing things that haven’t been done too often — I am glad I came, being part of this is amazing.”

Palacios was the high scorer with 26 points in the back-and-forth, double-overtime win against a Brazilian team anchored by former NBA players Marcelo Huertas and Bruno Caboclo.

“That was a crazy moment — nobody thought we could beat Brazil,” Palacios said. “Anything can happen in a basketball game — on the first possession you felt the intensity of the game. Those special moments are what we play for.”

The wins advanced Colombia to the second round of World Cup qualifiers — with games on Aug. 25 and Aug.  28 against Mexico and the United States.

If Colombia qualifies for the World Cup, it will be the nation’s first appearance in the tournament since 1982.

“Having the opportunity to play against great competition is what I am all about,” Palacios said. “Playing against the U.S. is going to be nice — I am thankful.”