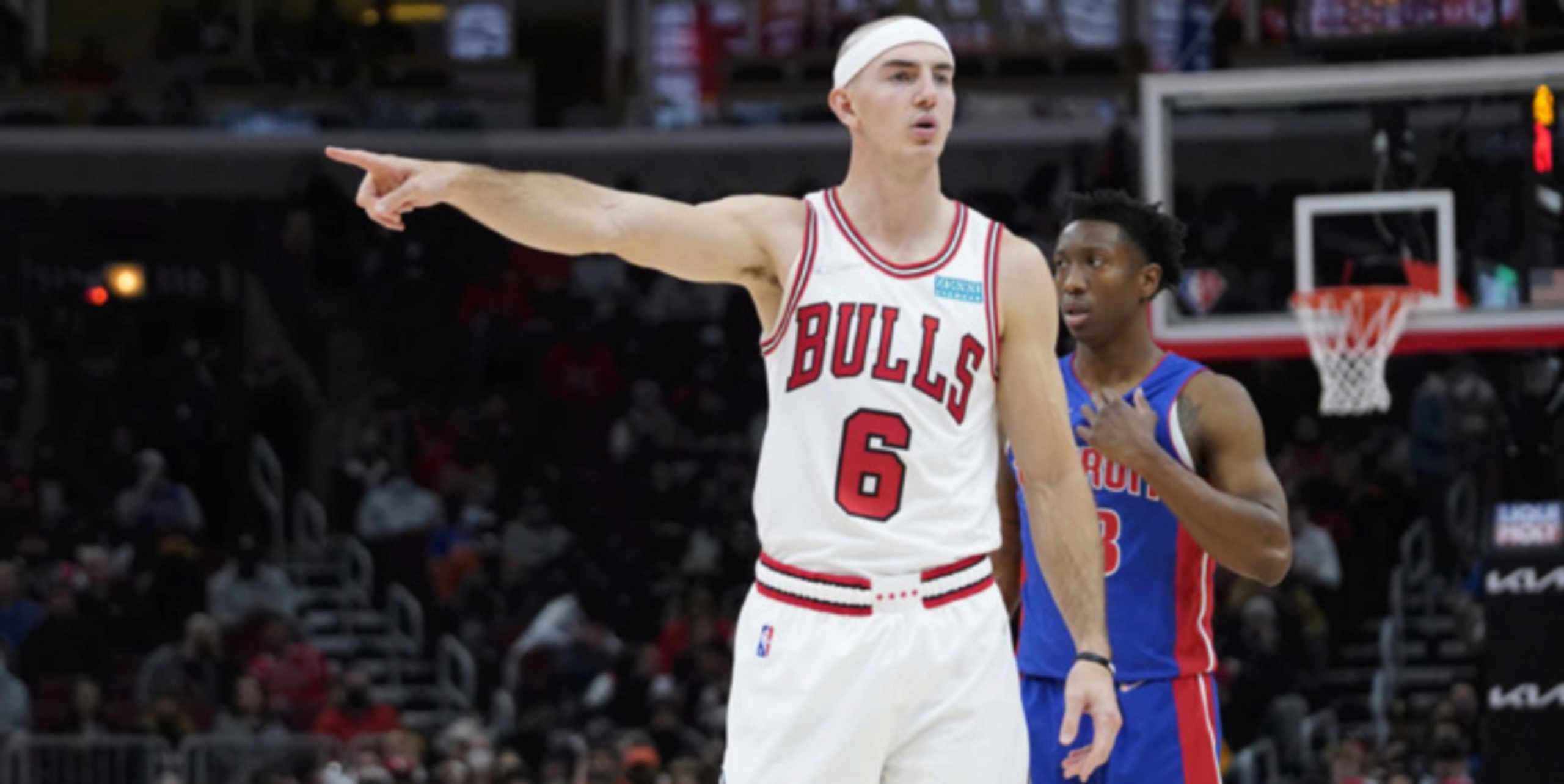 Entering the 2021 offseason, the Los Angeles Lakers had some tough decisions to make. Seven of their players were set to enter free agency, including Alex Caruso, Talen Horton-Tucker, Dennis Schroder, Andre Drummond and Markieff Morris.

Since Los Angeles had several key contributors hitting the open market and limited cap flexibility to work with, the team had to prioritize whomever they valued the most. That ended up being Horton-Tucker, as they re-signed the 20-year-old restricted free agent to a three-year deal worth $32 million.

The current version of the Lakers looks nothing like last year’s squad. They brought in 14 new players — including familiar faces like Dwight Howard, Rajon Rondo and Avery Bradley, who were on the team as recently as the 2019-20 championship season. Of the 19 players who suited up for the Lakers last season, only LeBron James, Anthony Davis and Horton-Tucker are still in L.A.

The Lakers were widely regarded as the favorite to win it all last season before injuries ruined their campaign and they likely would’ve been a top contender this year had they brought back the same group, but Rob Pelinka and the Lakers’ front office felt that big changes needed to be made. They decided to blow up the roster, pulling off a blockbuster trade for Russell Westbrook and betting on the incoming talent over continuity and chemistry.

So far, the Lakers are 6-5, which is No. 8 in the Western Conference. They have two embarrassing losses to the tanking Oklahoma City Thunder, and the team is clearly going through an acclimation period due to the roster turnover. After allowing a league-best 104.8 points per 100 possessions last season, the Lakers' defense has dropped to 15th this year.

Perhaps the most surprising aspect of the Lakers’ offseason was the fact that they didn’t try harder to keep Caruso, who had become a fan favorite and very important role player for the team. He'd always find a way to impact games with his terrific perimeter defense, relentless motor, catch-and-shoot ability and excellent chemistry with James. Good things always seemed to happen when he was on the floor, even if his contributions didn’t always show up on the stat sheet.

However, the Lakers didn’t make much of an effort to re-sign Caruso, even though he was willing to take a discount to stay in Los Angeles. They didn’t have much contact with his camp leading up to free agency and then proceeded to low-ball him, which is why he accepted the Chicago Bulls’ four-year, $37 million offer. Caruso detailed his free-agency experience on J.J. Redick’s podcast, The Old Man and the Three.

Our guy Alex Caruso (@ACFresh21) on what exactly happened In free agency that led him to The Chicago Bulls.

“So going into it, I really didn’t know what to expect, and I really didn’t hear much from any team — including the Lakers — leading up to 6 p.m. Then, they called and the Lakers made their offer, but it wasn’t an offer I was going to accept because I was going to be able to get considerably more money from another team,” Caruso explained. “I need to get as much money [as I can]; this is real life that we're talking about and I need to be financially secure — for me and [my] people. There was talk with a bunch of different [teams] about the mid-level, which I think was four [years] for $40 million. We never got anybody to that actual number, but there were a couple teams that got close.

“And then my agent texted me and said, ‘Hey, Chicago is interested in signing you.’ I didn’t know that financially it was going to be able to work; I thought that once Zo (Lonzo Ball) signed with Chicago, I was like, ‘Okay, so Chicago is off the list.’ But they [said] they were going to look at this, that and the other to try and make it work. I got on the phone with AK (Bulls GM Artūras Karnišovas) and with Billy [Donovan], and the way they were just talking about how they wanted to play and how they saw me as a player, I thought they hit the nail on the head. I thought everything they said… I was like, ‘I think that’s accurate, I think that’s what I bring to the table, I think that’s how I can help the team win, I think that’s the direction that this team wants to go.’ I thought there was a need for the stuff that I had.

“Essentially we got that offer, went back to L.A. and asked if they could do the same, they said, ‘No.’ [We] asked for something else that was a little less, they said, ‘No.’ So I said, ‘Okay, if that’s what it comes to, I’m ready to go to Chicago and start the next chapter.’ It’s been great. I think it’s been a great decision for me.”

Redick asked a follow-up question about the Lakers' initial offer, and Caruso revealed that it was below $15 million over two years.

It certainly seems like Caruso made the right decision, as he has been thriving in Chicago. He has been terrific off of the Bulls’ bench, averaging 8.5 points, 3.6 assists, 2.5 rebounds and a career-high 2.6 steals in 27.5 minutes per game, while shooting an efficient 40.7% from three-point range.

Caruso currently leads the NBA in steals (2.6), while also ranking second in deflections (4.3) and sixth in loose balls recovered on defense (0.9). On Wednesday, Caruso had six steals in 23 minutes in the Bulls’ 117-107 win over the Dallas Mavericks. Opponents are shooting 38.8% from the field when defended by Caruso, which is 4.4% lower than their usual field goal percentage.

The Lakers could use Caruso right about now — and the fans would certainly love to have the scrappy underdog back in Staples Center — but the front office didn’t think he was worth the money he received. It remains to be seen whether the Lakers will regret that assessment.