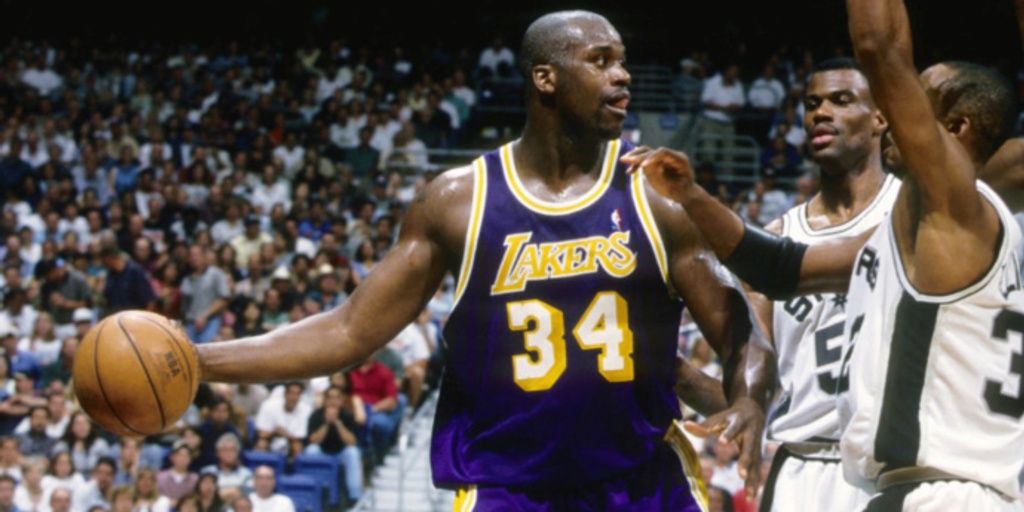 Shaq shares how he dealt with crazy fans in Sacramento

Fans are the reason we even have sports. Without them, there would basically be no purpose to play and try to bring your team to glory. We all love to see loud, passionate and dedicated fans, as the atmosphere that gets created in the stands often elevates the quality of any game — no matter the sport. The NBA is no different.

Fans in the NBA

NBA fans might not have the reputation of being the loudest or meanest, at least not in comparison to those in Europe. The fan groups over there, especially in the Balkan region, are notorious for an emphatic way of cheering and supporting their team, but also for incidental activities inside and outside the arena.

NBA fans are a bit more casual and laid-back, as they view the game more like a show. But that is just the courtside stuff. Deep down in the bleachers and in the nosebleeds are where the truly passionate fans reside.

We often see NBA players interacting with fans, and it’s usually wholesome with fans admiring the stars. But every once in a while, things don’t go too smoothly. There are always fans that look for trouble and try to provoke the stars. No matter if it’s in the arena during a game or outside in the middle of the street, that happens to almost all NBA players, and especially the biggest stars.

Shaquille O’Neal was one of the most terrifying and dominant players the league has ever seen, but even he wasn’t spared from getting booed and insulted by fans. On "The Big Podcast with Shaq," the Hall-of-Famer touched on the subject of dealing with crazy fans and how he handled it:

“Sacramento was probably the toughest city," Shaq said. "We go out before the games, and people would be talking about something and I said, 'Bro, like if I go out or something.... like bruh, say what you wanna say about the game, I’m eating these pancakes. You f***ing touch me, I’m gonna break your mother f***ing jaw.'

"I mean, I either just make [the fans] shut up by — whoever [their favorite] player is — by busting their ass or busting his ass. Or I’m gonna throw a ball over there and I’m gonna dive on em.”

Shaq didn’t particularly care about fans yelling at him during the game, as that happened on a nightly basis. But if you tried to approach him the wrong way outside the arena or even attempt to touch him, you wouldn’t fare too well. The 7-foot-1, 325-pound monster in his prime would be a scary sight to see.

The Lakers–Kings rivalry in the early 2000s was heated, primarily because of the controversial playoff battles; you can definitely imagine bitter Kings fans talking smack to him even in a restaurant at that time. But to be honest, that was an anomaly, as Shaq was just one of those universally-loved players.

The comedic nature, larger-than-life personality and charitable character, mixed with being one of the best players ever, made Shaq a global icon known for interacting with fans and often going out his way to make them happy. But if you tried to wrong him, you would see a whole other side to Shaquille O’Neal.