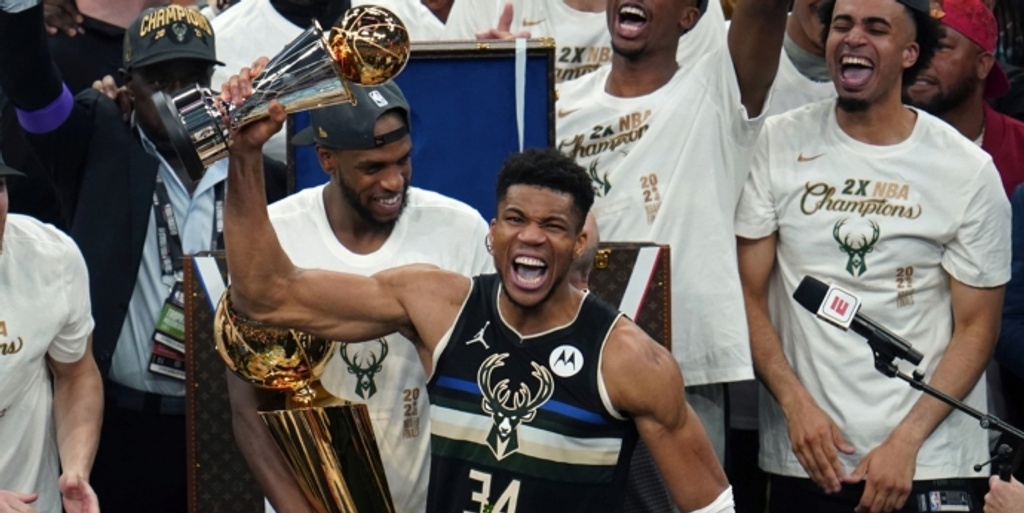 How do NBA champions fare the season after winning a title?

Winning a championship is the ultimate and absolute goal for NBA teams. There is — obviously — only one champion crowned each year, and 11 of the 30 NBA teams are still without a title.

But as is the case across all professional sports, the work to win is never-ending, continuing even immediately after securing a championship. And that’s because there’s always another season coming down the pike.

With a few exceptions, teams that won multiple championships across the 20+ years since 2000 had slightly different cores for each championship team. So, instead of celebrating championships, continued success requires front offices to almost immediately begin considering tweaks to their roster in order to remain competitive enough to potentially repeat. Front offices know this. And still, it’s difficult to execute.

Will either Boston or Golden State be able to defend their title after these NBA Finals? Objectively, Boston is well-positioned to do so. They have Jayson Tatum, Jaylen Brown, Marcus Smart, Derrick White and Robert Williams III all signed through at least 2023-24, all of whom are young enough to continue playing at their current level.

Golden State is also well-positioned, at least in terms of their contracts. Stephen Curry and Klay Thompson are signed through at least 2023-24. Draymond Green has a player option, for 2023-24 and Jordan Poole has a team option for 2023-24. Andrew Wiggins is the lone player in limbo, with a contract that runs through only next season. Further, the Warriors have a number of young pieces that they can either keep around for the foreseeable future or package in a deal to land another star, as Jonathan Kuminga, James Wiseman and Moses Moody are still on rookie deals.

But Curry is 34 and Thompson is 32. Green is also 32 and already exhibiting signs of decline in the 2022 NBA Finals. One more successful season is certainly within the realm of possibilities, but next season could just as easily be the campaign that the wheels begin to fall off.

Either way, a look back at how recent defending champions have fared the following season reveals some key findings. First, let’s review how each team performed in the season following a championship:

Whoever wins this year's NBA championship is most likely to suffer a loss in the Conference Semifinals next season, if recent NBA history is any indication. Seven of the past 22 defending champions were eliminated in playoffs in the following season’s second round.

There is also a decent chance that the 2022 NBA Champions will qualify for the 2023 NBA Finals. Since 2000, 10 champions have made it to the NBA Finals in back-to-back seasons — with five teams repeating (including three times by the Lakers) and five teams proceeding to lose in the Finals.

One thing is fairly certain: It's very rare for a championship team to follow up their title with a poor showing the next season. Only four teams were eliminated in the first round in the season following a championship: the 2020-21 Lakers, 2014-15 Spurs, 2011-12 Mavericks and 2006-07 Heat. Since 2000, every NBA champion has made the playoffs the following season. This trend should continue, as both Boston and Golden State will bring back the majority of their roster and be competitive next year.

Maybe you think reviewing the performances of recent defending champs is irrelevant, as each team has its own idiosyncrasies. Still, history is important and it's interesting to look back at how teams have responded after achieving their ultimate goal.