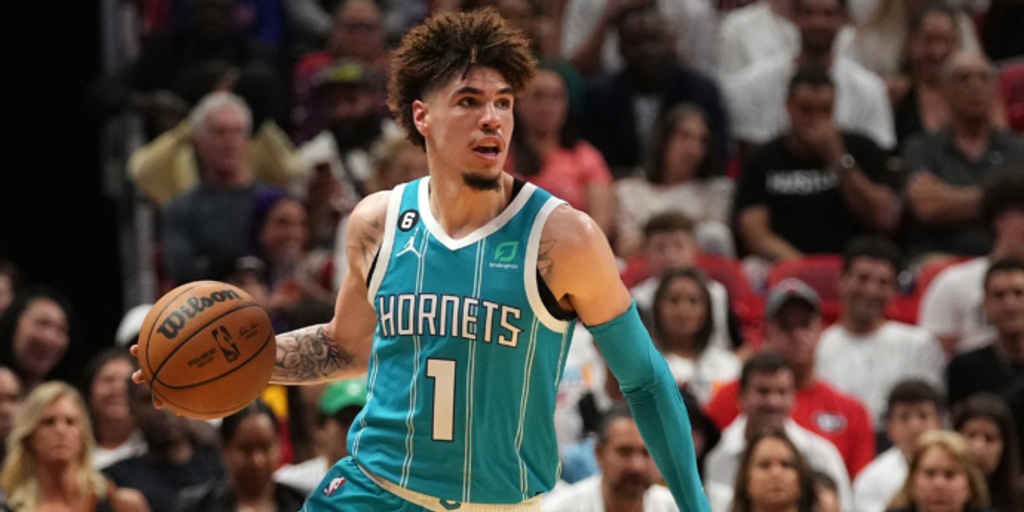 Hornets' LaMelo Ball 'hopeful' he can return tonight against Pistons

The Charlotte Hornets have been without All-Star point guard LaMelo Ball for all but three games this season due to a left ankle sprain, but he is nearing a return.

Ball was upgraded to questionable for tonight's game against the Detroit Pistons and he is "hopeful" that he'll be able to play, according to ESPN's Adrian Wojnarowski.

The 21-year-old will test his ankle during pregame warm-ups and see if he's ready to return.

Ball missed the first 13 games of the season due to his ankle injury. He was able to return for three contests, but then reinjured his ankle when he stepped on a fan's foot during the Hornets' home game against the Indiana Pacers on Nov. 16. He has been sidelined ever since.

Ball's return should give the Hornets a huge boost, particularly on the offensive end.