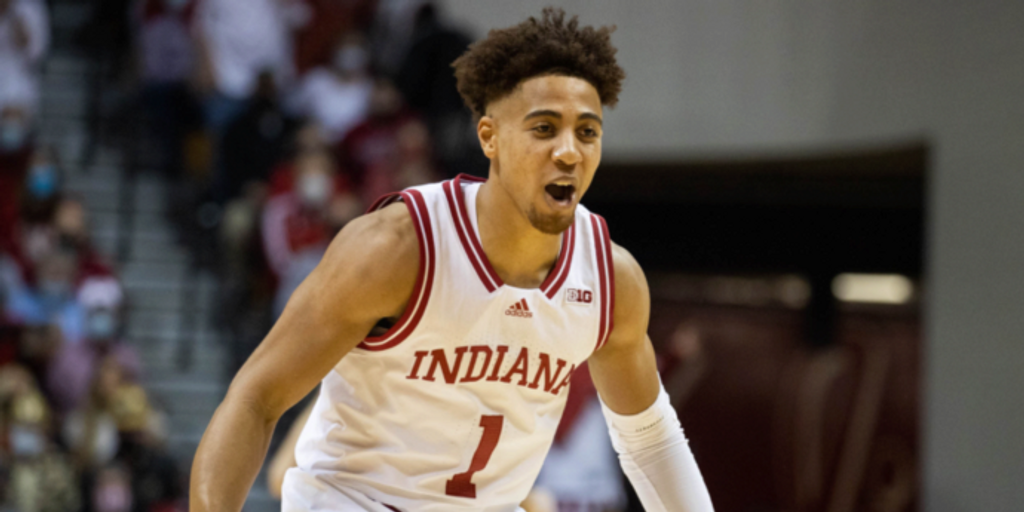 Bloomington, IN – The fourth-ranked Purdue Boilermakers (15-3, 4-3 Big Ten) rolled into Bloomington to take on the Hoosiers, a battle between two of college basketball’s all-time winningest programs. Since 1950, the series had been tied 66-66 coming into tonight. That tie was broken on Thursday night, and you can give the advantage to upset-minded Indiana (14-4, 5-3 Big Ten), who was victorious by a final score of 68-65.

The first half was a rollercoaster, with the Hoosiers taking a 37-28 lead into the break. Purdue jumped out to a 16-8 lead and then Indiana went on a tear, closing out the half on a 29-12 run. Hoosiers junior Rob Phinisee led all players in scoring with 17 points while displaying big-time shot-making. He connected on 7 of 10 from the field, including 3 of 5 from deep. Xavier Johnson also started well for the Hoosiers by posting 8 points.

Purdue wasn’t making things easy for itself early on. The Boilermakers committed 10 turnovers in the first period, which isn’t how you like to start in a hostile, in-state road environment. Zach Edey was the bright spot at this juncture for the team, starting with 9 points, 5 rebounds, a steal and a block out of the gate.

Jaden Ivey, a potential top-10 pick in the 2022 NBA Draft, got things going quickly in the second half. He scored 8 points in the first three minutes and had the Boilermakers within striking distance. Things then got chippy around the 14-minute mark, when Ivey took a nasty fall on a drive, and the intensity continued to pick up with stifling team defense both ways.

The game was tied 63-63 at the 1:30 mark when Indiana's Trayce Jackson-Davis beat Trevion Williams off the dribble to get to the free-throw line. He missed both attempts, giving the Boilermakers life. Purdue's Mason Gillis scored on a beautiful backdoor cut, and then Purdue created a tough shot on the other end and secured the defensive rebound.

Phinisee connected on a huge, off-movement three in the corner to put the Hoosiers up by one point with 16.9 seconds on the clock. After advancing the ball and calling a timeout with 12.5 seconds left, Purdue took a poor shot, resulting in a rebound and two clutch free-throws by Jackson-Davis. Ivey heaved a last second three-point attempt that hit every single possible part of the rim, but spun out, and Hoosiers held on for the victory.

Jackson-Davis came into the contest averaging 19.5 points per game, but played only 11 minutes and finished with 4 points. Much was due to his foul trouble, but Edey is a load and was highly impactful on both ends. Edey, the 7-foot-4 sophomore, finished with 12 points and 9 rebounds. Ivey led all scorers with 21 points. Phinisee ended with 20, and Johnson finished with 18 points and 4 rebounds.

Purdue will host Northwestern on Sunday.

Indiana will host the Michigan Wolverines on Sunday.