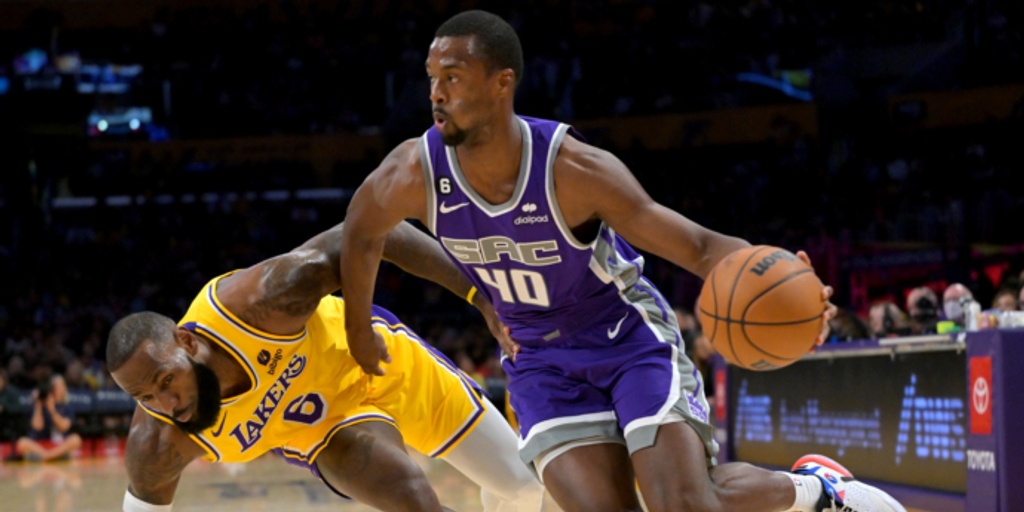 Over the last two seasons, Harrison Barnes has seen his name surface in the rumor mill several times. Most recently, the Sacramento Kings reportedly considered dealing Barnes to the Atlanta Hawks in exchange for John Collins.

“You know how the NBA is,” Barnes said, according to Jason Anderson of The Sacramento Bee. “I check Woj. I check Shams. They’ve still got me here, so as far as I’m concerned, this is where I’m supposed to be and I’m going to give it my best effort.”

The 30-year-old is no stranger to being traded; the Dallas Mavericks dealt him to Sacramento back in 2019 for Justin Jackson and Zach Randolph. Barnes understands it comes with the territory as an NBA player.

“That’s just part of the business,” Barnes said. “I don’t really pay too much attention to that. The biggest thing is just getting ready for opening night. That’s my focus. The guys on this court, the coaching staff, us building that trust now so when things get going and adversity hits, you have a base of relationships that you draw on.”

He has started every game since joining the Kings, and new head coach Mike Brown recently told reporters that he'll remain in the starting lineup.