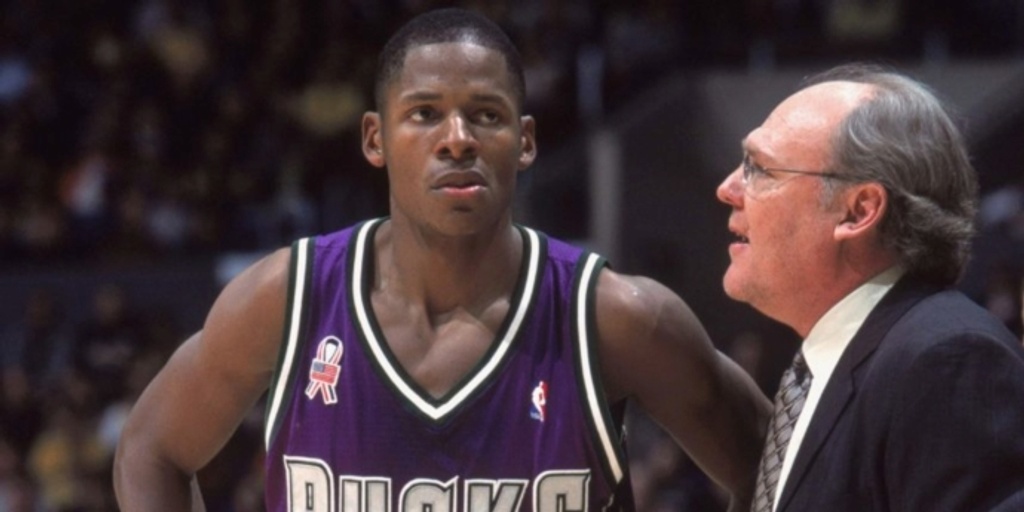 Growing up a Buck: George Karl arrives in Milwaukee

In this series, Matt Babcock shares his experience growing up around the Milwaukee Bucks organization since his dad, Dave Babcock, has been an executive with the team for 23 years. He also provides an inside look at the rise and fall of the Bucks during the late 1990s and early 2000s. If you missed Part 1, read it here.

The 1998-99 season would prove to be a very interesting season for the NBA, the Milwaukee Bucks, and especially, me.

To start, in June of 1998, the NBA and the Players’ Association failed to come to a consensus on a new Collective Bargaining Agreement. This caused the owners to lock out the league in July, with no end in sight.

In late August, Senator Herb Kohl, the owner of the Milwaukee Bucks, decided to part ways with the head coach, Chris Ford. Shortly after, George Karl inked a four-year contract to become the new head coach. Just a few years prior, George had coached the Seattle SuperSonics to the 1996 NBA Finals where they faced Michael Jordan and the Chicago Bulls. The Sonics featured star players Gary Payton, Shawn Kemp, and Detlef Schrempf. That Sonics team took the Bulls, perhaps the greatest team of all-time (with the greatest player of all-time), to six games.

There’s a saying that goes, “A team takes on the personality of their head coach.” In hindsight, there’s no better example of this than that Sonics team. Led by Payton, this team was competitive, fearless, chippy, aggressive and visibly passionate about the game, with a tendency to “stir the pot” — just like Karl.

Needless to say, I was excited that George was our coach and that I’d have the opportunity to be around someone of his stature. I say “our coach” because, remember, my dad was serving as director of scouting for the Bucks’ front office at this time. Little did I know how well I would get to know George Karl... 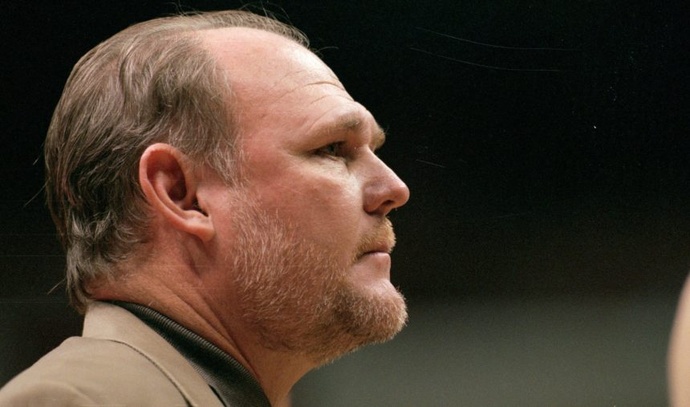 Not long after George was hired by the Bucks, I was introduced to him and his son, Coby, who happened to be the same age as me. Since I spent the previous season in Milwaukee hanging around my dad’s office and the practice facility, while also serving as a ball boy for the team, I showed Coby the ropes. Although my dad was not a former NBA player or a celebrity head coach like Coby’s, it was apparent from the get-go that he and I were “cut from the same cloth” — we were true basketball guys. It was in our blood and we lived for the game. We were at the Cousins Center, the Bucks’ practice facility, where our dads’ offices were, all the time. All we wanted to do was be on the court or around our dads’ offices.

One time, we went to the Cousins Center on a weekend when no one was there and we didn’t have a key... so we broke in and the cops were called. We tried to justify it by saying we had to get shots up. We thought our dads would understand. Anyway, we were instantly great friends, brought together by basketball, in this new place called Milwaukee, Wisconsin.

Now, we just needed the lockout to end and the Bucks’ season to start.

The lockout ended in January and once the Bucks’ season got into full swing, every security guard and staffer in the Bradley Center knew us. We had full access before, during, and after games. I’m sure some people thought the access we were given was ridiculous, but I wasn’t complaining and I certainly wasn’t going to pass up on those opportunities. We shot around with the players before games during the informal warmups and I routinely played one-on-one with Glenn “Big Dog” Robinson before each home game. If you were a Bucks fan during this time, you will remember the “Big Dog Yank” — this was Big Dog’s step-back crossover move. He embarrassed me with this move many times. Coby and I were regulars in the locker room during pre-game pep talks conducted by George, or pre-game video preparation done by one of the assistant coaches: Terry Stotts or Ron Adams. We heard George rip the team, on occasion, at halftime or after a tough loss and we were also there celebrating with the team after big wins.

That year, our high-school spring break came at the right time. The Bucks were scheduled to play the Orlando Magic and Miami Heat in Florida that week, and I was invited to join. Although the access I had that year was on an entirely different level than it had been in years past, I had still been around plenty of NBA players and exposed to a lot of the behind-the-scenes scenarios within the NBA through my family. However, I had never flown with the team on a road trip.

Before I knew it, I was boarding the team’s private plane. I sat near the front with Coby and his dad. I was a 15-year-old kid traveling with the Milwaukee Bucks — I couldn’t believe it. The first stop was Orlando; it was pretty late when we landed. Coby and I slept on cots in George’s hotel room. We woke up the next morning, had a quick breakfast, and got on the team bus to head to practice. On the way to the arena, George let Coby and I know that we would be participating in the team’s practice. Although practice on the day of a game, commonly referred to as “shootaround,” is generally very laid back and casual, we would still be doing organized drills led by one of the most famous coaches in sports and with NBA players like Ray Allen, Sam Cassell, Dell Curry, Vinny Del Negro, Glenn Robinson, and Tim Thomas. I thought it was a pretty big deal — I was nervous. We went through the shootaround, doing different drills with the team, and I did fine. In hindsight, what an amazing opportunity for a young kid.

After the shootaround, we had lunch and took pregame naps. We were on the team’s schedule and that’s just what you do the day of a game. The first bus was scheduled to leave a few hours before tipoff. There are multiple team buses that go to the arena from the hotel before each away game. Young players that didn’t play much would usually go on the first bus to get some extra pre-game work in on the court. Star players that played major minutes didn’t go over to the arena as early. Coby and I always got on the first bus so we could get extra time on the floor before the game. I then played my regular one-on-one game with Big Dog whenever he arrived. Once the games started, we didn’t have tickets or assigned seats — we sat on the court next to the team’s bench. When players would be substituted out of the game and walk back to the bench we would give high fives along with the rest of the players. It felt as if we were a part of the team and living the NBA equivalent of the movie “Almost Famous.”

Unfortunately, the Bucks lost both games on that trip. The first game was versus the Magic and Penny Hardaway, who had 26 points that night. In the second game, Alonzo Mourning’s Miami Heat edged the Bucks by a few points in a close game. “Zo” was a really impressive player to see in person; he was so strong and played with an intensity unlike any player I had ever seen before. I am really grateful I was able to see him up close during his prime. He certainly made a huge impression on me.

So, our spring break was coming to an end. We were on the flight home to Milwaukee after the game in Miami. It was the trip of a lifetime, but I was exhausted. I fell asleep as soon as I sat in my seat on the plane. Halfway through the flight, I was awakened by a nudge. I opened my eyes and it was veteran player, Armon Gilliam, nicknamed “The Hammer.” He politely asked me if I had the Bible, and I told him I did not. A few seconds later, once Armon returned to the back of the plane, a few of the players chuckled. They were pulling a prank on me by hiding the Bible from “Hammer” and telling him I had it. I suppose I was being hazed. I felt like I belonged.

George led the Bucks to 28 wins in that lockout-shortened season. That meant they were going to the playoffs to face Reggie Miller, the Indiana Pacers, and their coach, my childhood hero, Larry Bird.

The Bucks were ascending rapidly, and I was along for the ride.

Read Part 3 of this series: "Growing up a Buck: It's Miller Time."