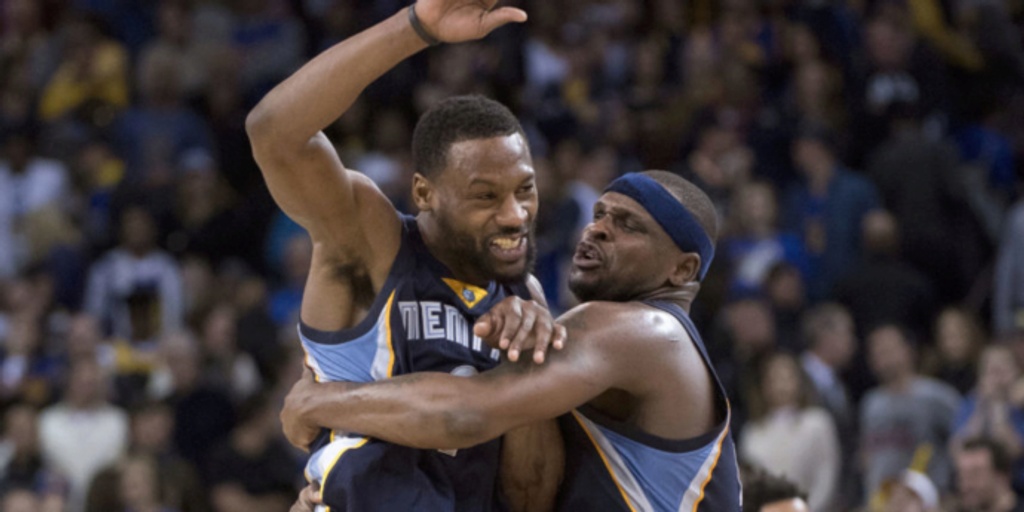 Grizzlies to retire Zach Randolph's No. 50 and Tony Allen's No. 9

Randolph and Allen were the architects of the Grizzlies' Grit-n-Grind era. The other core members, Mike Conley and Marc Gasol, will likely get jersey-retirement ceremonies of their own once their NBA careers come to an end.

These two players will be remebered forever in Memphis for not only turning around the team and vaulting the Grizzlies into contention, but also for making an everlasting effect on the local community and inspiring a whole generation of basketball fans in Memphis.

Over the course of his 17-year NBA career, Randolph averaged 16.6 points and 9.1 rebounds. After joining the Grizzlies in 2009-10, he became a two-time All-Star.

Allen played 14 seasons in the NBA, averaging 8.1 points, 3.5 rebounds and 1.4 steals over the course of his career and winning a championship in 2008. He was widely regarded as one of the NBA's best perimeter defenders, earning six All-Defensive Team selections (including three First Team nods).