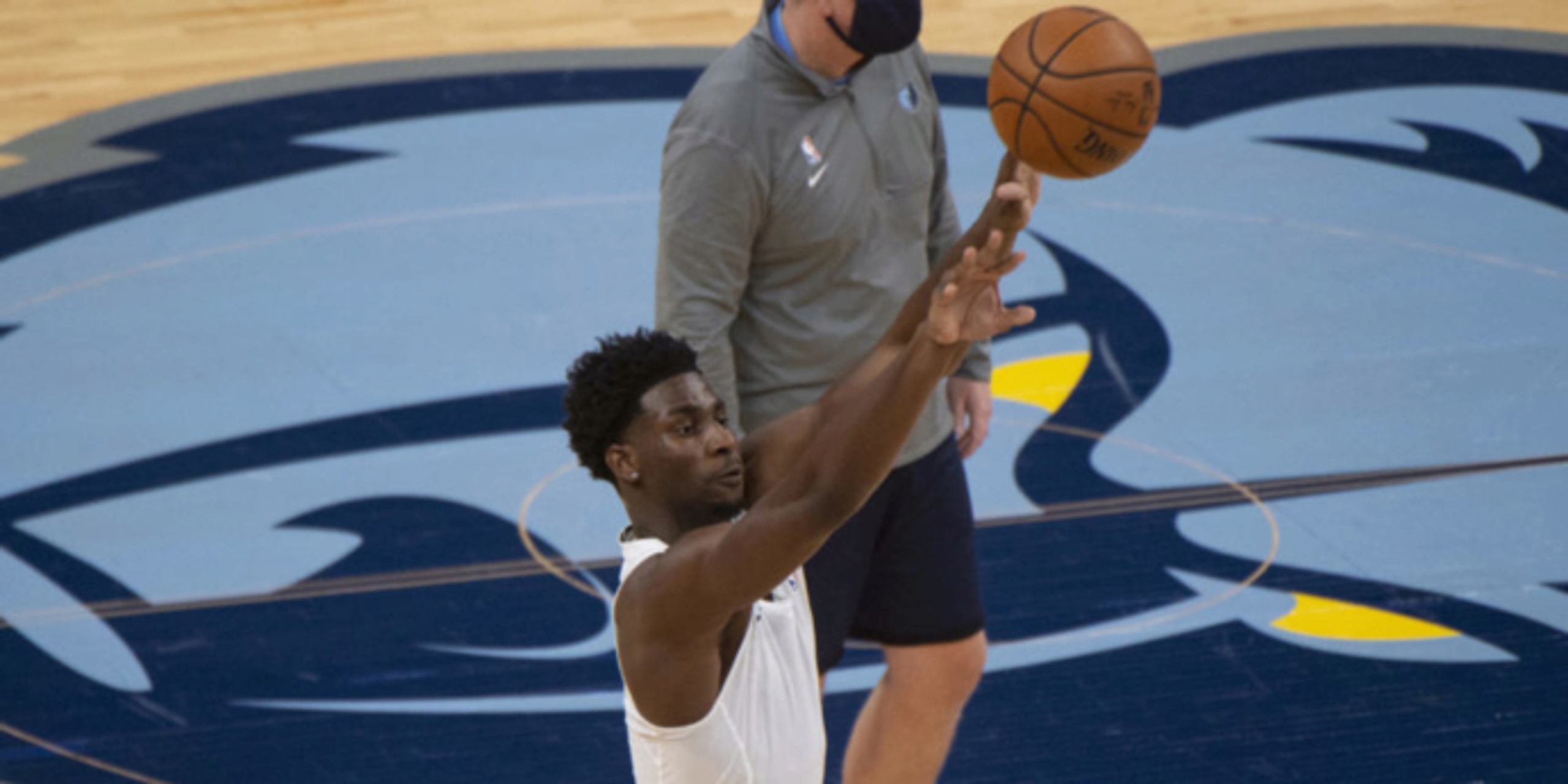 Jaren Jackson Jr. has been doing more court work and getting in play groups, per Taylor Jenkins. Jenkins added he’s "doing great" and "getting close"

“More to come with him as we move forward,” Jenkins said

ANALYSIS: Jaren Jackson Jr. has yet to play this season for the Grizzlies after going down with a torn meniscus in Orlando last summer. Memphis has been mum on Jackson Jr.'s injury progress all season, but a big step was made today when the Grizzlies upgraded Jackson Jr. from 'out' to 'doubtful' for the first time this season. Although Jackson Jr. did not make his highly anticipated return for Memphis tonight in their double OT loss to the Nuggets, a return this week seems likely after Coach Jenkins comments tonight.