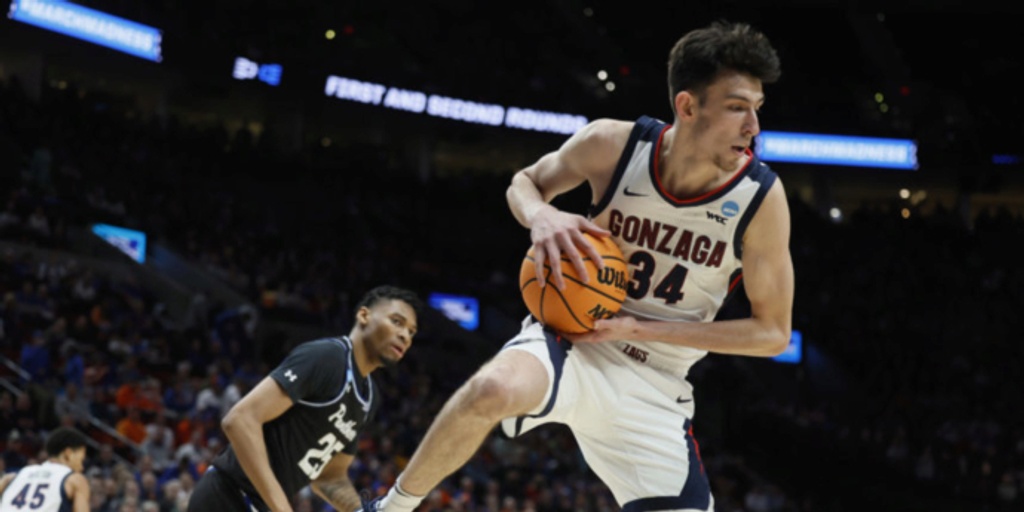 Gonzaga freshman Chet Holmgren — the No. 2 prospect in BasketballNews.com's 2022 Big Board — announced that he's entering the 2022 NBA Draft.

The 19-year-old center averaged 14.1 points, 9.9 rebounds and 3.7 blocks for the Bulldogs while shooting 60% from the field and 39% on 3-pointers this past season. Holmgren was named the West Coast Conference's Defensive Player of the Year and Newcomer of the Year while also earning All-WCC first team honors.

"After a season where we accomplished a lot of great things as both a team and an individual, I feel like I'm in a position to be able to chase my lifelong dream to play in the NBA," Holmgren told ESPN.

Matt Babcock, BasketballNews.com's Sr. NBA Draft Analyst, believes Holmgren is a unique prospect and deserves to be one of the top picks in this year's NBA draft.

"He stands 7-feet tall with a reported 7-foot-6 wingspan, and he's incredibly skilled," said Babcock. "However, he is rail-thin, weighing only 195 lbs. so his lack of physicality is somewhat concerning. Nevertheless, Holmgren is one of the top players in this year's draft and will likely be one of the first players selected on draft night."