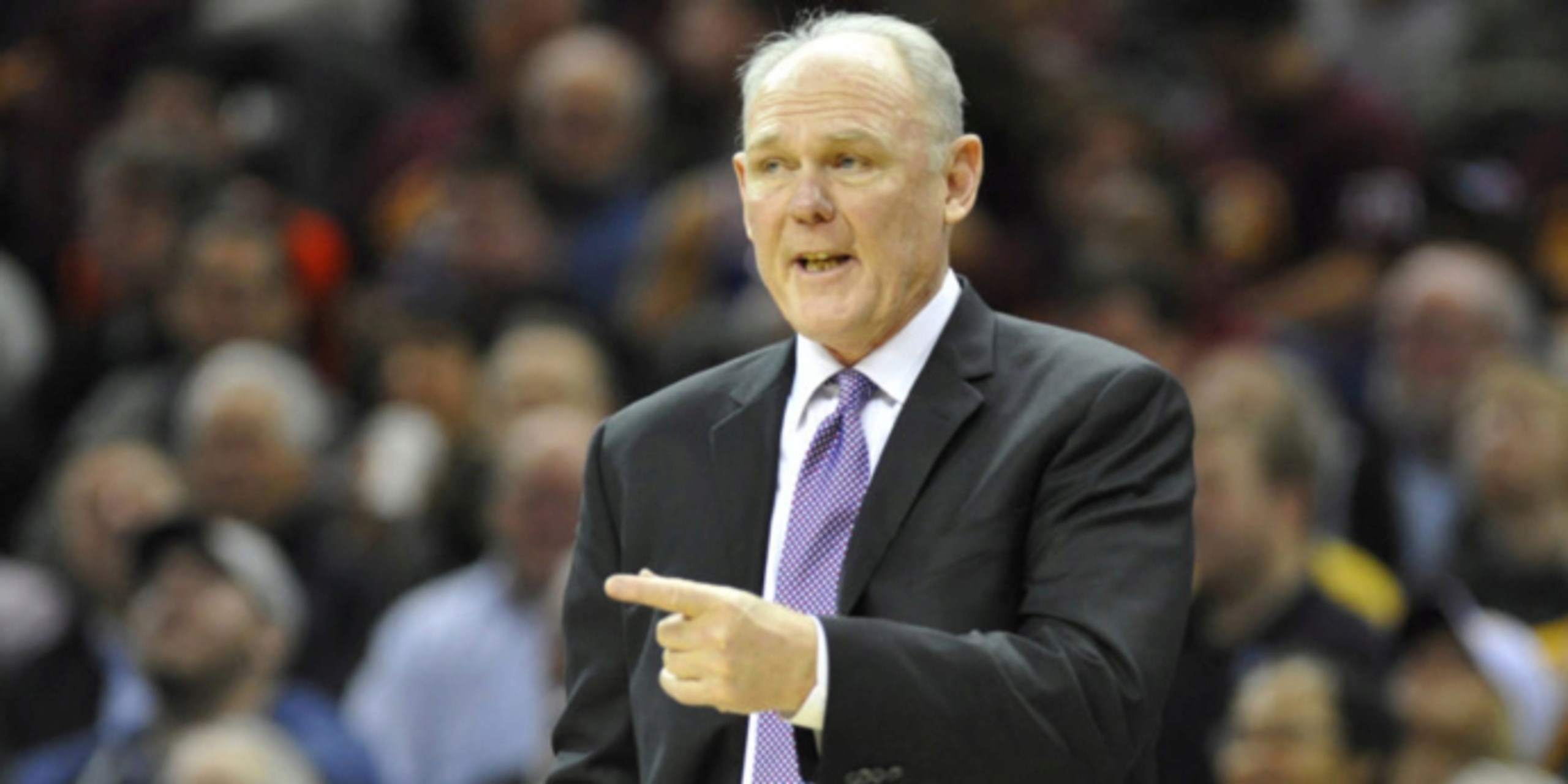 Gary Payton: 'I used to want to kill George Karl's a** every other f*cking day'

George Karl has butted heads with many players over the years, including Carmelo Anthony, Ray Allen, Kenyon Martin, J.R. Smith and DeMarcus Cousins (to name a few).

Recently, Martin and Gary Payton sat down for an in-depth conversation on Martin’s podcast (“Neat & Unfiltered”) and they discussed their experience playing for Coach Karl and his staff.

Payton says he was thrilled when Karl was initially hired by the Nuggets because he wasn’t a good fit under his first head coach, K.C. Jones.

“I struggled in my first two years because of the simple fact that I had a coach -- rest in peace, he just died -- K.C. Jones. K.C. Jones was my first coach. I really thought that Bernie Bickerstaff was going to be my coach because he’s the one who drafted me. When he drafted me, what he did was he took the general manager and president job with the Denver Nuggets and he left me. That was really bad because he was recruiting me since I was a junior and he kept telling me that he was going to get me. It was just a bad situation. He had to take it; he was running everything, so he had to take it.

“The first two years were just horrible. Me and Shawn Kemp, we struggled so tough. We just didn’t do it, man. K.C. Jones was playing me in the first and third quarter no matter what. He wouldn’t even give me a chance. When you come from a team like the Boston Celtics and win championships with Larry Bird, Robert Parish, Kevin McHale, and guys like that and come to youngsters, you gotta teach us. He didn’t have to teach them. And then he didn’t understand it and then, what happened was we went in the office, we went to the owner, and they were trying to trade us. [I’m like], ‘If you want to trade me, good, I’m not getting an opportunity here. I gotta play the way I want to play.’

“That’s when they brought George Karl in. And George Karl brought in Coach [Tim] Grgurich, and Coach Grgurich took me as his personal protégé and he changed me. Kenyon, you like to post up; I never posted up ever in my life. He taught me them moves, he taught me them tricks. When he taught me all them tricks, then I started understanding how I can control people and that’s how it went. I made the All-Star team the first year George Karl came and it was just one of those things where I started blossoming ever since.”

Karl famously called out Martin and other players in his book “Furious George,” which prompted Martin to describe Karl as "selfish," "awful," "coward-a**," "a terrible person" and the "worst coach" he's ever played for.

However, like Payton, Martin had a great relationship with Tim Grgurich, who was an assistant coach on Karl’s staff. In fact, Kenyon credits Grgurich for saving his career.

“Speaking of Grgurich, Grgurich is the man,” Martin said. “People don't understand, Grgurich gravitates toward guys like you and me. That time in Denver, Grgurich kept me sane. I was on the ledge and he kept me from jumping, so to speak. He saved me a whole lot of money in Denver. He saved my career in the [NBA], definitely. People don’t know that.”

Payton agreed, saying that Grgurich would de-escalate situations and talk him down when he clashed with Karl.

“He did the same thing with me, Kenyon, because I used to want to kill George’s a** every other f*cking day,” Payton said. “I wanted to beat his head in, you know what I’m saying? But it was Grgurich who [talked me down]. You got to understand, Grgurich came from [coaching] guys like that at UNLV, so he knew how to get with us. He always went and recruited guys like ourselves, coming from neighborhoods [like we grew up in], where he knew we just needed to be let loose. Don’t put all that boundaries on us. Man, let us get loose, let us do what we got to do! And that’s why we all love him to death because he knew what we needed. I get it because some nights on them teams, you’re gonna to want to kill somebody, you’re gonna want to kill somebody.”

Grgurich, 78, is currently the Director of Player Development with the Detroit Pistons, and he’s extremely respected around the NBA.

Check out the full conversation between Martin and Payton above.