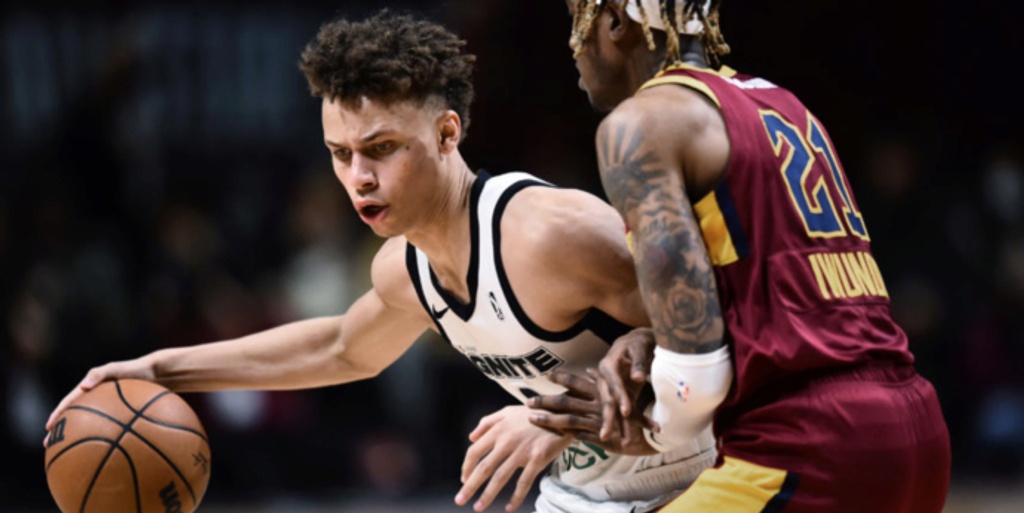 "I'm all in for the draft," Daniels told ESPN. "I feel more than ready for this next step in my career and I'm excited for this process to begin."

Last season, the 19-year-old from Australia averaged 11.9 points, 7.4 rebounds, 5.1 assists, 2.1 steals and 1.1 threes in 15 games. BasketballNews.com's Senior NBA Draft Analyst Matt Babcock believes that Daniels could end up being a lottery pick when all is said and done.

"Dyson Daniels spent last season with the G League Ignite after being at the NBA Global Academy in Canberra, Australia," Babcock wrote. "The 6-foot-6 wing excels at getting downhill and attacking the basket, relying on his athleticism and body control for finishing, while occasionally employing a floater.

"Daniels’ outside shooting is still a work in progress, but he is a disruptive defender with quick feet and instincts. Daniel's progression as a playmaker was notable during the G-League season, and he made a solid case for himself as a lottery pick."

Babcock currently has Daniels projected at No. 13 overall to the Charlotte Hornets in BasketballNews.com's latest 2022 NBA Mock Draft. He has Daniels as the first G League Ignite player off the board, followed by   (No. 17), Jaden Hardy (No. 23) and Michael Foster (No. 49).