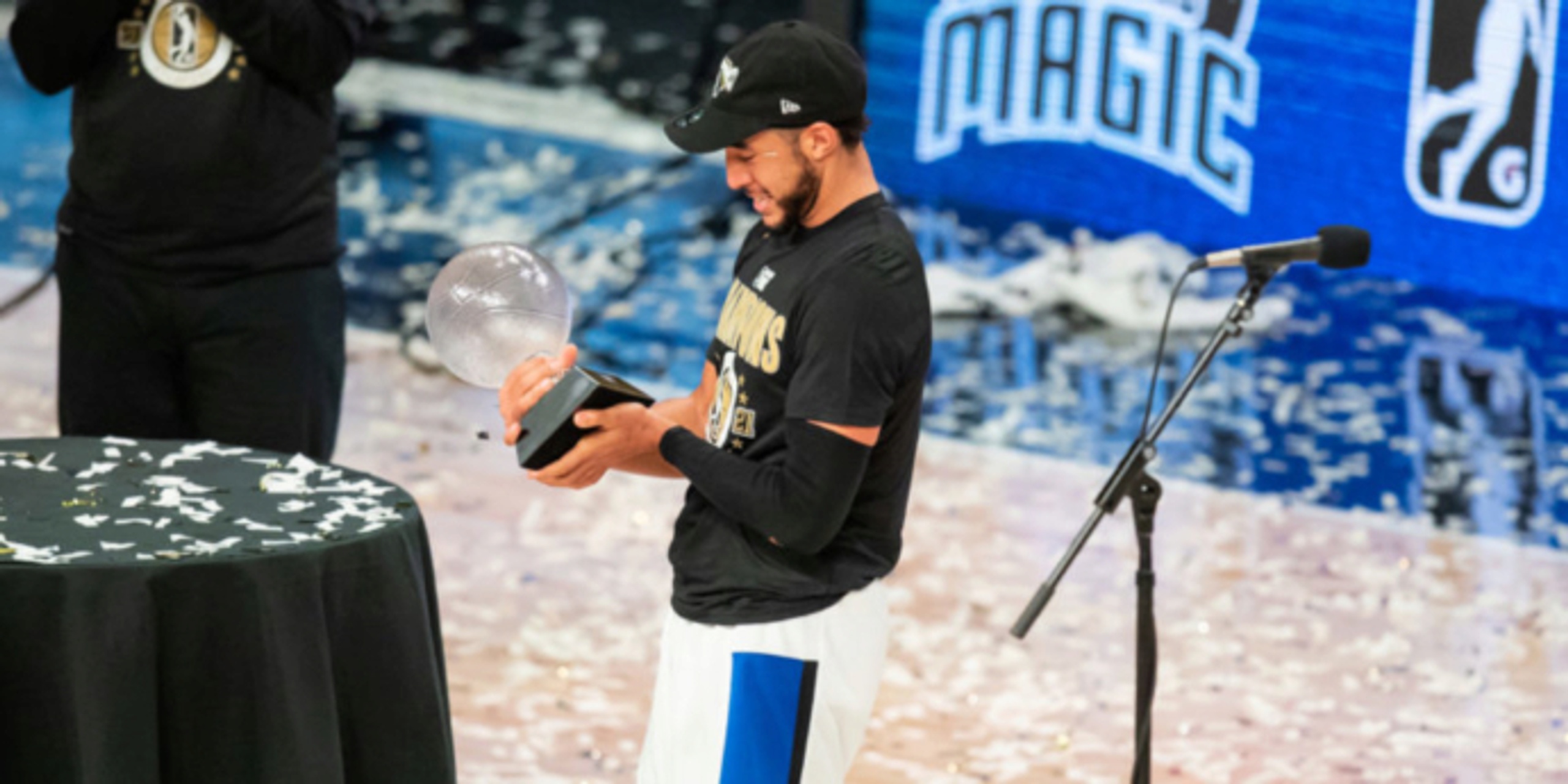 As far as awards go, the NBA Finals MVP tops the list as most prestigious. LeBron James won it consecutively in 2012 and 2013, and twice more in 2016 and 2020. Michael Jordan has the most under his belt with six. Most recently, Giannis Antetokounmpo secured the honor. His story and meteoric rise has been well-documented.

So when Devin Cannady was informed by Lakeland Magic staff that he would be the one hoisting the trophy after the club won its first championship in the history, it wouldn’t have been a stretch of the imagination to expect him to relish the moment. One may have expected him to cradle it like a newborn baby or to hold back tears like Giannis did.

But that’s not who Devin Cannady is.

“It’s a team award. It just happened to be my night.” Cannady said of his 22-point performance in the clincher. “My whole concept of working hard is not to win awards, it’s to win, and to win at every level.”

Winning at every level? It hasn’t been an easy path for Cannady.

“I think I set the record for the player most signed and waived by one team,” he jokes.

But never has he wavered from the goals he set for himself as a child, nor has he faltered from the lead-by-example player he has been since his early days at Marian High School.

A graduate of Princeton University, Cannady is the institution’s first player to play in the NBA since Steve Goodrich. He readily admits that he was not as highly recruited as his fellow 2019 draft signees. Never one to rely solely on his on-court abilities — or to quit when the going gets tough — Cannady instead used what most would see as a roadblock as an opportunity to achieve two of his goals at the same time; to play, and to learn, at the highest level.

Though removed from the college basketball scene when he signed with the Long Island Nets in 2019, Cannady was still very much a part of Princeton University. He finished his sociology degree by attending classes during his off-days, which was difficult considering the G League’s demanding schedule. The prestige of attending an Ivy League university is unique in NBA settings, as they’re often thought of as a different world where education is paramount and athletic abilities are secondary.

“There are no scholarships in the Ivy League,” says Cannady “I still had to work on campus and work through the summers,” he recalled.

It was the balance of academics, athletics and employment that helped prepare the 6-foot-2 point guard for the ups and downs and the starts and stops of a professional basketball career. Knowing first-hand how difficult it can be to turn pro out of the Ivy League, the passion and energy once poured into final exams and paying bills is what makes his leadership on the court and in the locker room so distinct.

“The level of intensity that I come to practice with, that I play with, my dedication, I think I’ve earned the respect from my teammates and even my competitors.”

It was that same dedication that earned Devin a roster spot with the Orlando Magic ahead of the 2020 NBA season. Waived after two pre-season games, Cannady never vacillated from his NBA dream. His mantra then was the same as it is now: “The only way to fail is to stop.”

There have been plenty of periods where Cannady could have stopped; after summer league with the Oklahoma City Thunder, after a brief stint with the Brooklyn Nets, or the call-ups and send-downs with the Magic that seemed to never reach a final destination.

A hamstring injury limited his minutes during the 2021 G League season — an opportunity he instead used to lead from the sidelines rather than become complacent. He also had the misfortune of suffering a fractured ankle three days after his best NBA game, one in which he scored 17 points against the New Orleans Pelicans.

Devin Cannady has goals, but he is an enigma. He’s a walking paradox in that his vision is far from tunnelled. He recognizes the importance of being present, of taking everything day-by-day, but never losing sight of the finish line.

“Fred VanVleet has ‘Bet On Yourself’, and I have ‘Run Your Own Race,’” he says, drawing parallels to another undrafted point guard who flourished in the G League.

Witnessing VanVleet win an NBA championship after winning a G League championship has only fueled Cannady’s desire to achieve the same, at his own pace and running his own race.

His race began with him watching Michael Jordan highlights on VHS, courtesy of his father.

He may run his own race, but he’s far from selfish. A team-first player whose off-court impact rivals his on-court aptitude, Devin Cannady’s mission includes uplifting those around him and appreciating that their success is part of his success.

In his highest moment — winning the 2021 G League championship — and his lowest — a devastating ankle injury suffered as he was finding his footing in the NBA — Cannady is consistent.

The confetti fell for his team, who arrived at the G League bubble with one goal: to win a championship.

But it didn’t fall for him alone, and he will be the first to remind you of that. The race, all things considered, is far from over.