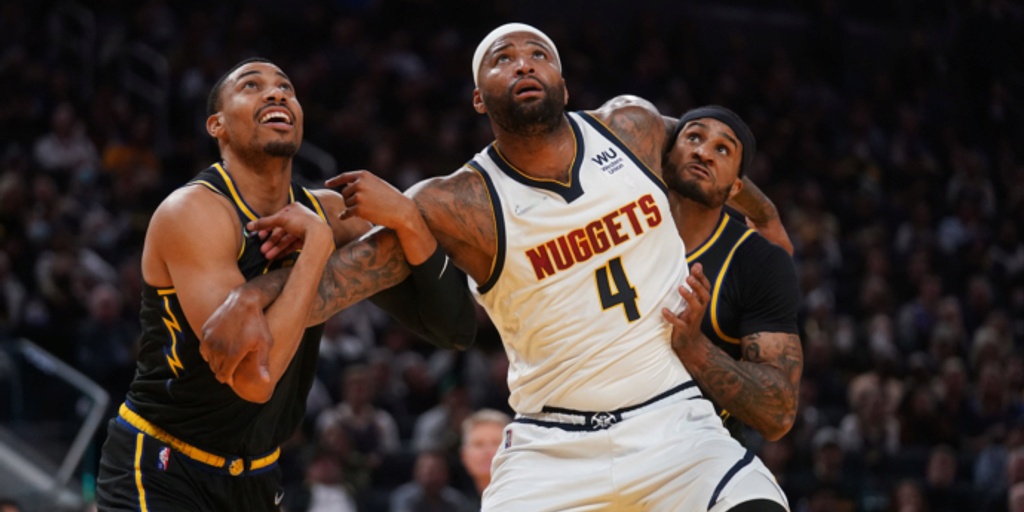 NBA training camps and preseason games are underway, yet DeMarcus Cousins is still a free agent.

Last season, Cousins became a key contributor after joining the Denver Nuggets in February, averaging 8.9 points and 5.5 rebounds in 13.9 minutes per contest. He played well during the playoffs too, particularly in Denver's Game 5 loss against the Golden State Warriors when he scored 19 points in 15 minutes (while shooting 8-of-12 from the field and 2-of-3 from three-point range).

It certainly seems like the 32-year-old big man can still help a team, but he believes his negative reputation is why he remains unsigned.

“I think the misperception of me is that I’m this angry monster that just goes around bullying people, beating people up, uncoachable, and a cancer in the locker room,” Cousins told Chris Haynes of Yahoo Sports. “I think it’s all false. I played for coach [John] Calipari, a legendary coach. I was more than coachable. Steve Kerr would attest to that and coach [Mike] Malone. Obviously, you can always go back to my time in Sacramento. I was a young kid. I was still figuring this business out. I was ignorant to a lot of things. I handled a lot of things the incorrect way, but I’ve also learned from those mistakes. And some things that happened were just out of my control. The stars just didn’t align and things just didn’t work out the way we had planned. But that was seven or eight years ago.

"I’m a grown man with a family that I work to provide for and that’s my goal every day when I wake up: 'How can I provide for my family?' So, to hold my time in Sac over my head, I think that’s unfair. I believe we all should have a chance to grow and change and actually have that change be embraced. I just want a fair shot.”

Cousins acknowledges that he has screwed up throughout his career, mainly when he was younger. Now, he just wants an opportunity to show how much he has grown.

“Have I made mistakes? Absolutely,” Cousins told Yahoo Sports. “Have I done things the wrong way? Absolutely. For that, I’m very apologetic. But I’ve done even more things the correct way, and I’ve done even more positive things compared to my negatives. I just don’t want those positives to be overlooked. And obviously, whenever it gets to the point where the negatives outweigh the positives, you should probably move away from him. That’s just how life goes. But I don’t believe I’m in that boat. I’m just asking for a chance to show my growth as a man and a player...

“It would mean everything in the world to me to be back in the NBA. I know I belong in this league. I feel like I’ve paid my dues and earned my stripes. I’ve hit some bumps in the road with injuries and I’ve always worked my way back to be 100% healthy. I’ve worked my tail off to get back to this point. I just want the opportunity to show the work I’ve put in and continue to put in. I also just want an opportunity to also earn my keep and that’s all I really want. I have a lot left in the tank. A whole lot. I feel like I’ve actually become an even better player, just sharpening all my skills. I’ve had nothing but time in the gym. I’ve gotten better in all aspects of my game."

Cousins has been working out every day and staying ready for when he gets that call from an NBA team.

“I just want teams to get to really know me and not to believe the narrative," Cousins said. "I’m a great teammate and great for the locker room. I have a lot of experience in this league. I have a lot of knowledge to give to these younger guys. I love spreading knowledge. I love being an OG to the younger guys. I’ve always been a big-brother figure. I don’t believe those areas of my game and of my personality are ever really highlighted. It’s more so always the technicals and things of that nature. And like I said, I just don’t think that’s a fair assessment. I’m ready to help a team however way I can.”

In recent years, numerous teammates have raved about Cousins. After the Nuggets were eliminated from the playoffs last season, Monte Morris and Will Barton discussed Cousins' impact — on and off the court.

“Anytime you have a guy like that, you always want him back,” Barton said. “Like I say, he's still DeMarcus Cousins — a guy who, when he's healthy, is a very good player. Those are not my decisions; I'm not in management. Obviously, if I have a voice in the fight, I definitely would love to have him back. He was big for us on and off the court, [a] presence in the locker room. We'll see what happens.”

“Signing Boogie, man... I love him to death,” Morris said. “A guy that would pick up 19 points in a do-or-die elimination game just shows how much heart he has, how much love he has for the game. I'm definitely proud of him... He's a great guy. He has a great family, great kids, an amazing wife. I look at things bigger than just ball. He's a guy that's been through a lot, on and off the court, experience-wise. He can help anybody. It's a lot that he's seen. Having that around, I think, is big.”