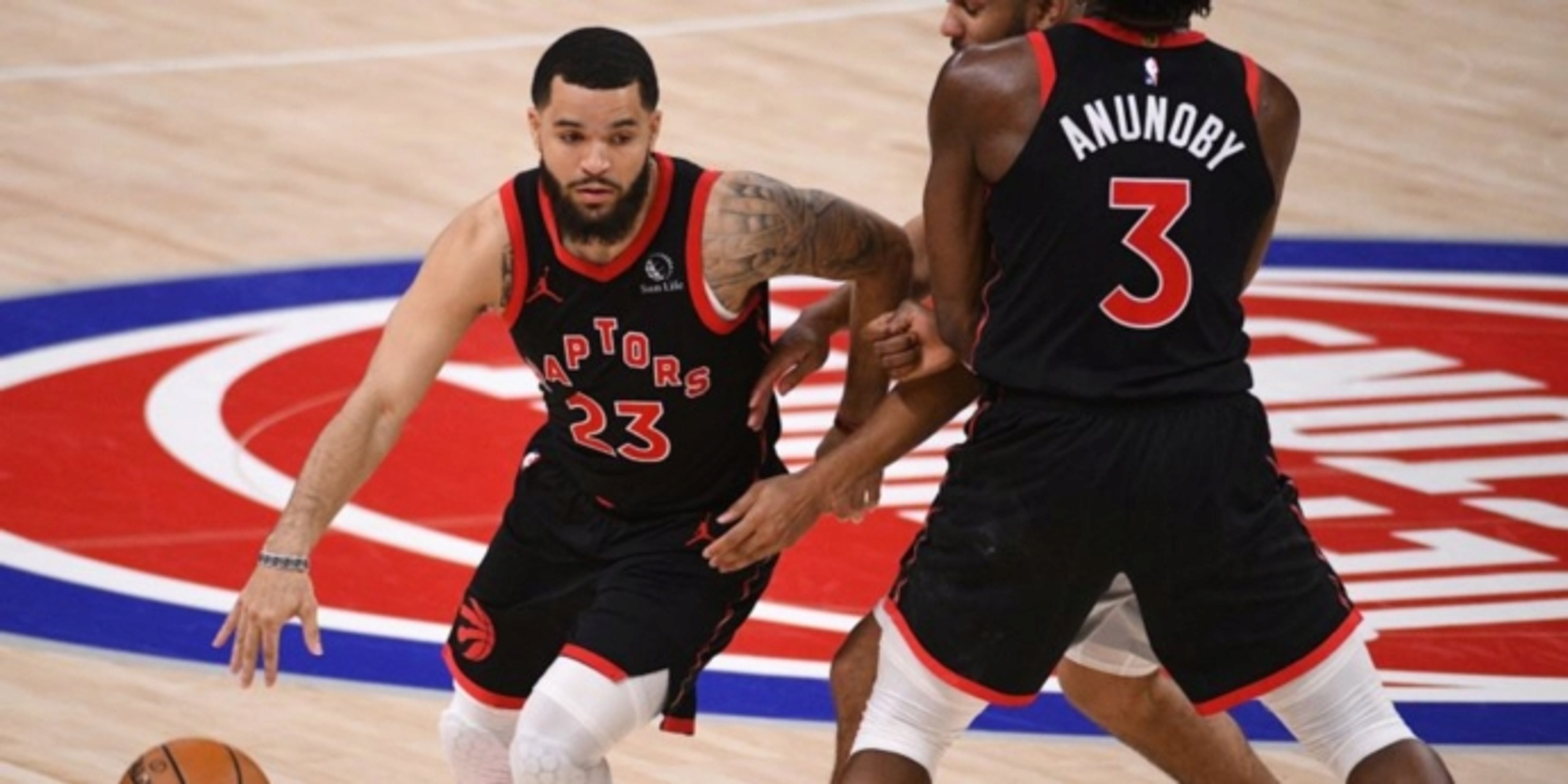 The NBA released a statement Thursday announcing that Fred VanVleet, DeAndre' Benbry and Talen Horton-Tucker will each serve a one-game suspension for their roles in an altercation on Tuesday.

"Toronto Raptors guards DeAndre’ Bembry and Fred VanVleet and  Los Angeles Lakers guard Talen Horton-Tucker have each been suspended one game without pay and Raptors forward OG Anunoby and Lakers forward-center Montrezl Harrell have each been fined for their roles in an on-court altercation, it was announced today by Kiki VanDeWeghe, Executive Vice President, Basketball Operations.

"The incident occurred with 2:24 remaining in the first quarter in the Lakers’ 110-101 win over the Raptors on April 6 at Amalie Arena in Tampa, Florida. Bembry will serve his suspension tonight when the Raptors play host to the Chicago Bulls at Amalie Arena.