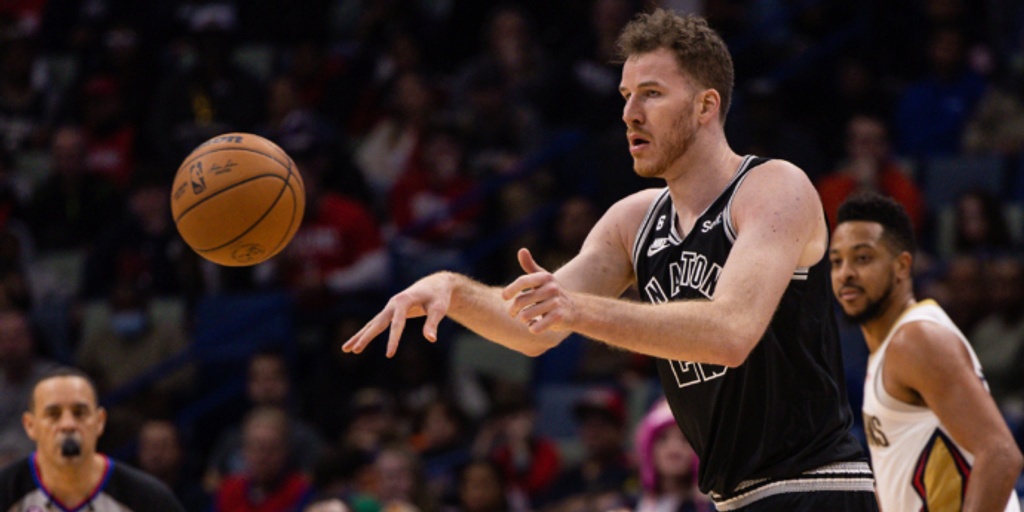 The 27-year-old center has drawn interest from a number of teams, with the Toronto Raptors mentioned often as a potential suitor, according to Jake Fischer of Yahoo Sports. Poeltl spent the first two seasons of his NBA career with Toronto, before he was traded to San Antonio as part of the Kawhi Leonard blockbuster.

The Boston Celtics and Chicago Bulls have been linked to Poeltl in the past, but it remains to be seen if they are still pursuing the veteran shot-blocker.

It's also worth noting that Poeltl is set to hit unrestricted free agency this offseason. Fischer reports that Poeltl will "strongly consider" re-signing with the Spurs if he isn't traded, but since rival executives expect him to earn $15 million and $25 million annually, it remains to be seen if San Antonio is willing to pay that.

If the Spurs would rather move on and focus on their youth movement, perhaps it makes sense to move Poeltl now rather than letting him walk for nothing in July.

“I’ve never been in this situation where unrestricted free agency is coming up. It’s a cool situation for sure, because in the NBA, a lot of times you are — I don’t want to say stuck — but it feels like you’re a little bit of a pawn. They can just trade you around wherever they want,” Poeltl told Yahoo Sports.

“It’s not the mentality you should have while you’re playing, but it’s the reality of it. Your contract can get passed around, more or less, whenever and however they want. So it’s nice to be in this situation where you can kind of decide your own fate and evaluate what’s going to be the best situation for me.”