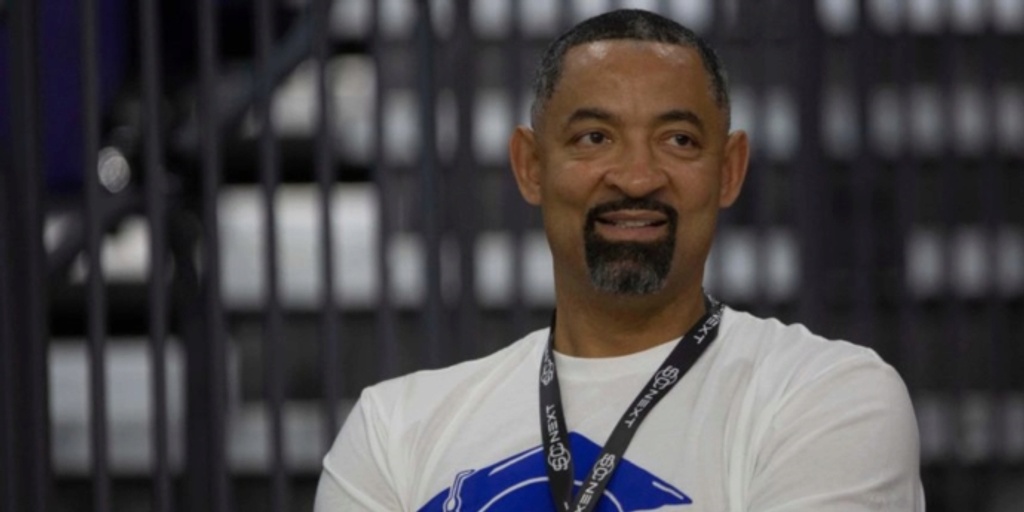 Featuring four sure-fire Hall-of-Famers, the Los Angeles Lakers flamed out and ended up not living up to the expectations.

Unfortunately, the additions of Karl Malone and Gary Payton just weren’t enough to get it done.

Kobe Bryant and Shaquille O’Neal joined forces with the legends during the 2003-04 season, and sought to win a fourth title in five years, but the Lakers ultimately fell short against Larry Brown and his Detroit Pistons in what was one of the biggest NBA Finals upsets in history.

You know how they say history always repeats itself? It’s true. So it should come as no surprise to recall that the ensuing offseason, the Lakers found themselves looking for a new head coach. The search led to Mike Krzyzewski’s living room.

Coach K would famously turn down a five-year, $40 million offer from the Lakers, which would have amounted to an annual salary raise of about 700%.

After a lost season, the Lakers (and Kobe) would eventually patch things up with Phil Jackson, and Bryant would lead the Lakers to two more championships in 2009 and 2010.

Unfortunately for Frank Vogel, that bit of history doesn’t seem likely to repeat itself.

Now, in 2022, the Lakers find themselves on the lookout for a new head coach to lead their locker room. Let's take a look at five candidates who may fit the bill.

Before his February confrontation with Wisconsin head coach Greg Gard, Juwan Howard’s name was mostly mentioned in the press for the right reasons.

Since taking over for the Michigan Wolverines in 2019, Howard helped the university maintain its status as one of the premier basketball programs in the country — his Wolverines have reached the Sweet Sixteen in 2019 and 2022, as well as the Elite Eight in 2021.

Although it would be difficult to pull Howard from his alma mater, especially when he’s enjoyed success thus far, the Lakers head coach job wouldn’t be an easy one for a toiling coach to turn down. Despite all the Lakers have been through, it remains a dream job for many in the profession. Aside from that, Howard’s connections to both Lakers general manager Rob Pelinka and LeBron James is hard to ignore. 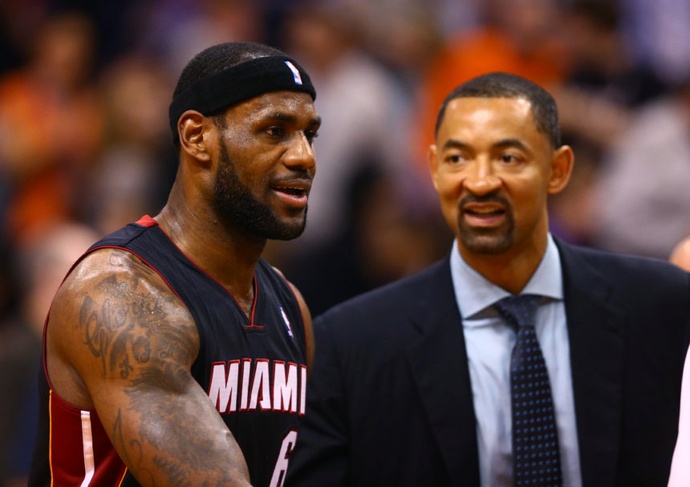 Pelinka and Howard were teammates at Michigan for Howard’s three seasons there, and although Howard and James' paths diverged, those two would eventually unite in Miami. They played three years together as teammates before Howard retired and immediately moved into an assistant coach role, the first of which coincided with LeBron’s final season in Miami.

Howard spent the next five years alongside Heat head coach Erik Spoelstra before being tapped to assume the helm at Michigan.

Whoever the Lakers entrust with the tall task of getting them back on track, it would make sense that the candidate would need to have exhibited some level of success and also be able to earn the confidence of both Pelinka and James. It should also be noted that, in 2019, Howard was granted an interview for the Lakers’ head coach opening. The job, obviously, eventually went to Vogel.

Although Howard has been vocal in his love for his alma mater, he would appear to check the boxes. At a minimum, among the sea of potential candidates, he is one who should be watched closely.

Now in his eighth season with the Utah Jazz, Quin Snyder has overseen the organization's ascension after the departure of mainstay Jerry Sloan and three less-than-stellar years under Tyrone Corbin.

Although thanks in large part to the presence of Rudy Gobert, under Snyder’s leadership, the Jazz have consistently ranked as one of the league’s top-five defenses. His staff has also assisted the development and thriving of a number of young players who have found their way in the league.

As it stands, Utah is much closer to contention than the Lakers, but the Jazz themselves haven’t exactly been trending upward. There has been consistent speculation as to whether Donovan Mitchell is destined to become the next superstar who lands on the trading block, and according to veteran scribe Marc Stein, Snyder and his representatives have rebuffed Utah’s attempts to extend his current contract.

If Snyder did sense that — as often reported — the marriage between Mitchell and Gobert wasn’t one that would continue for the long term, he could be proactive about a fresh start elsewhere.

During the 2011-12 season, Snyder served as an assistant coach in Los Angeles under Mike Brown. At a minimum, he’s no stranger to the franchise.

To this day, there are many who wonder if the Golden State Warriors could have fulfilled their dynastic potential if Mark Jackson remained coach. That’s probably why there’s a fair amount of people still hoping that one of the greatest point guards in NBA history gets another shot to lead an NBA team. There is another faction, however, that believes the Warriors may have actually been held back by their former coach.

The truth is probably somewhere in the middle.

What can’t be argued, however, is that in his three seasons in Golden State, Jackson led the Warriors to a 121-109 record and brought the team to consecutive postseason berths for the first time in over 20 years. He at least helped to lay the foundation of the team’s championship trajectory. 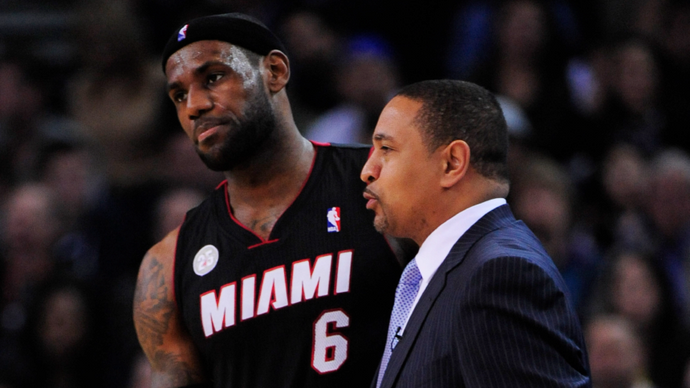 It’s also worth noting that LeBron has long been an advocate for Jackson. That may have something to do with the fact that Jackson — like LeBron and Anthony Davis — is represented by Klutch Sports, or it could be that LeBron just believes that he can coach.

Back in 2014, James reportedly pushed for Jackson as a candidate before the Cavs opted for Tyronn Lue to replace David Blatt, and according to The Athletic’s Sam Amick, James could make a similar appeal on Jackson’s behalf this time around. If he did, it could be quite meaningful.

If the Lakers are looking to make a splash, John Calipari would seem to fit the bill.

It’s been more than 20 years since Coach Cal was head coach of an NBA team, but for the past 13 years, he’s served as head coach for the Kentucky Wildcats — arguably the bluest of the blue-blood collegiate basketball programs. He led the Wildcats to the National Championship in 2012, and in that season, managed to unlock the potential of a talented freshman in Davis.

In all, Coach Cal has coached his teams to six Final Four appearances and has previously been linked to NBA openings, including with the New York Knicks.

The difficulty with pursuing collegiate coaches at big-time programs is stature. At the collegiate level, coaches are kings of their programs, particularly those with national championships and a track record of helping young players get to the NBA. In that regard, Calipari’s record is unmatched.

In 2012, he also became the first coach to have two of his players go first and second in the draft. That year, Davis and teammate Michael Kidd-Gilchrist took that honor.

Cal probably knows that he can coach for as long as he wants to at Kentucky, just like Krzyzewski. But a 2021 report from Yahoo Sports cited Cal’s believed ambition and wanting to prove that he can succeed at the NBA level as the thing that could push him back to the NBA.

That, and, of course, the right opportunity.

It’s hard to argue with Nick Nurse’s success, and it’s easy to see why a team like the Lakers could be interested. Nurse has earned a reputation for unorthodox methods and game planning, but it’s impossible to argue with the success he’s enjoyed as the head coach of the Toronto Raptors.

One of the biggest challenges that the Lakers face is with respect to its roster construction. If Russell Westbrook is to remain with the team, the franchise will need a coach who is capable of thinking outside the box and implementing systems and rotations that can maximize pieces that may not necessarily be an obvious fit.

It could be argued that these have been the hallmarks of his tenure in Toronto. That and, of course, winning. That may end up being the biggest obstacle for the Lakers if Nurse truly is the team’s choice.

As the head coach who finally got Toronto over the hump, Nurse is beloved by the franchise, and the Raptors certainly seems to have more going for them than the Lakers do right now. Not the least of which is organizational leadership, which has proven to be competent and capable of developing players who can achieve at the highest level.

Leaving the Raptors for the Lakers in that regard would be a leap of faith for Nurse. Hailing from Iowa, Nurse isn’t a natural-born Canadian, but he is currently serving as the head coach of the Canadian Men’s National Basketball Team.

While that role wouldn’t prevent him from making a jump to Los Angeles, it at least suggests a commitment to something bigger than simply being a coach. In the end, it may be a lot for the Lakers to overcome, especially since the Raptors’ ownership group has demonstrated it has deep pockets.

Nonetheless, it is possible that Nurse could view an opportunity to coach the Lakers as the one he has spent his entire career working toward. Having led the Raptors to a championship — similarly to Kawhi Leonard — he could perhaps be enthused about a new challenge.

Unfortunately for the community, we’ve seen head coaches in the NBA become increasingly disposable. Just two years after leading the Los Angeles Lakers to its 17th championship in franchise history, Vogel was fired, and rather unceremoniously, at that.

If the Lakers are to win an 18th championship, it will be under new leadership.

Maybe one of the aforementioned five could be the answer.