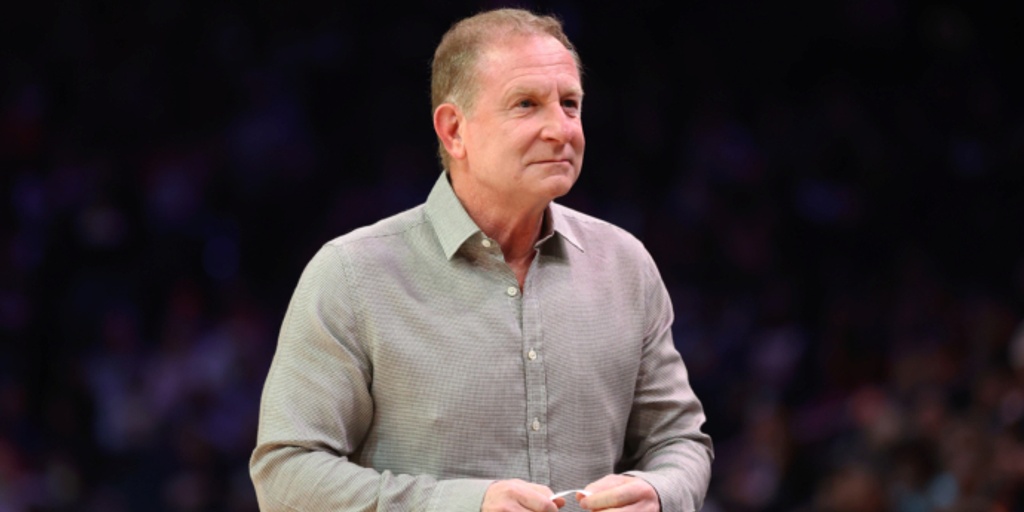 Following a 10-month investigation into claims of racism, sexism, misogyny and workplace misconduct, the NBA recently announced that Phoenix Suns owner Robert Sarver would be suspended for one year and fined $10 million. Now, many people in and around the NBA are calling for a harsher punishment.

On Friday, NBPA executive director Tamika Tremaglio appeared on ESPN’s NBA Today and said that Sarver should be banned for life.

“We are absolutely calling for that,” Tremaglio told ESPN’s Malika Andrews. “I am speaking on behalf of our players.”

Over the last 48 hours, prominent players and sponsors have also made it clear that they don't agree with the Sarver ruling.

On Wednesday, both LeBron James and Chris Paul spoke out on Twitter.

“Read through the Sarver stories a few times now. I gotta be honest… Our league definitely got this wrong,” James said. “Y’all read the stories and decide for yourself. I said it before and I’m gonna say it again, there is no place win this league for that kind of behavior. I love this league and I deeply respect out leadership. But this isn’t right. There is no place for racism, misogyny, sexism, and racism in any work place. Don’t matter if you own the team or play for the team. We hold our league up as an example of our values and this ain’t it.”

Paul, who has played for the Suns since 2020-21, agreed with James and mentioned that Adam Silver’s decision wasn’t harsh enough.

“Like many others, I reviewed the report. I was and am horrid and disappointed by what I read,” Paul said. “This conduct especially towards women is unacceptable and must never be repeated. I am of the view that the sections fell short in truly addressing what we can all agree was atrocious behavior. My heart goes out to all of the people that were affected.”

PayPal, one of the Suns’ primary sponsors (which includes a jersey-patch deal since 2018), publicly stated that they will not renew their contract after next season if Sarver keeps his ownership stake.

“PayPal is a values-driven company and has a strong record of combatting racism, sexism, and all forms of discrimination,” CEO Dan Schulman said in a statement. “We have reviewed the report of the NBA league’s independent investigation into Phoenix Suns owner Robert Sarver and have found his conduct unacceptable and in conflict with our values. PayPal’s sponsorship with the Suns is set to expire at the end of the current season. In light of the findings of the NBA’s investigation, we will not renew our sponsorship should Robert Sarver remain involved with the Suns organization, after serving his suspension.

"While we strongly reject the conduct of Robert Sarver, we remain supportive of the team, its players, and the experienced and diverse talent now leading the organization, including: Head Coach Monty Williams, General Manager James Jones, Assistant General Manager Morgan Cato, and Senior Vice President of People and Culture Kim Corbitt.”

Basketball News’ Etan Thomas spoke with SI's Howard Beck yesterday about how the Sarver decision differed from the Donald Sterling ban, how Silver has handled this and what could happen next.

“Good leadership requires accountability. For the Suns and Mercury organizations, that begins with me,” Sarver wrote. “While I disagree with some of the particulars in the NBA’s report, I would like to apologize for my words and actions that offended our employees. I take full responsibility for what I have done. I am sorry for casing this pain, and these errors in judgement are not consistent with my personal philosophy or my values.

"I accept the consequences of the NBA’s decision. This moment is an opportunity for me to demonstrate a capacity to learn and grow as we continue to build a working culture where every employee feels comfortable and valued.

"I am extraordinarily proud of the Suns and Mercury organizations and the record we have built concerning diversity, inclusion, and giving back to the community. It means a great deal to me that our dedicated and hardworking employees have made Phoenix a basketball destination — for both players and fans.”

Key figures within the organization will soon speak publicly at the Suns' Media Day on September 26. This situation isn't going away and it's likely that more players and coaches will speak out once Media Days and training camps get underway.