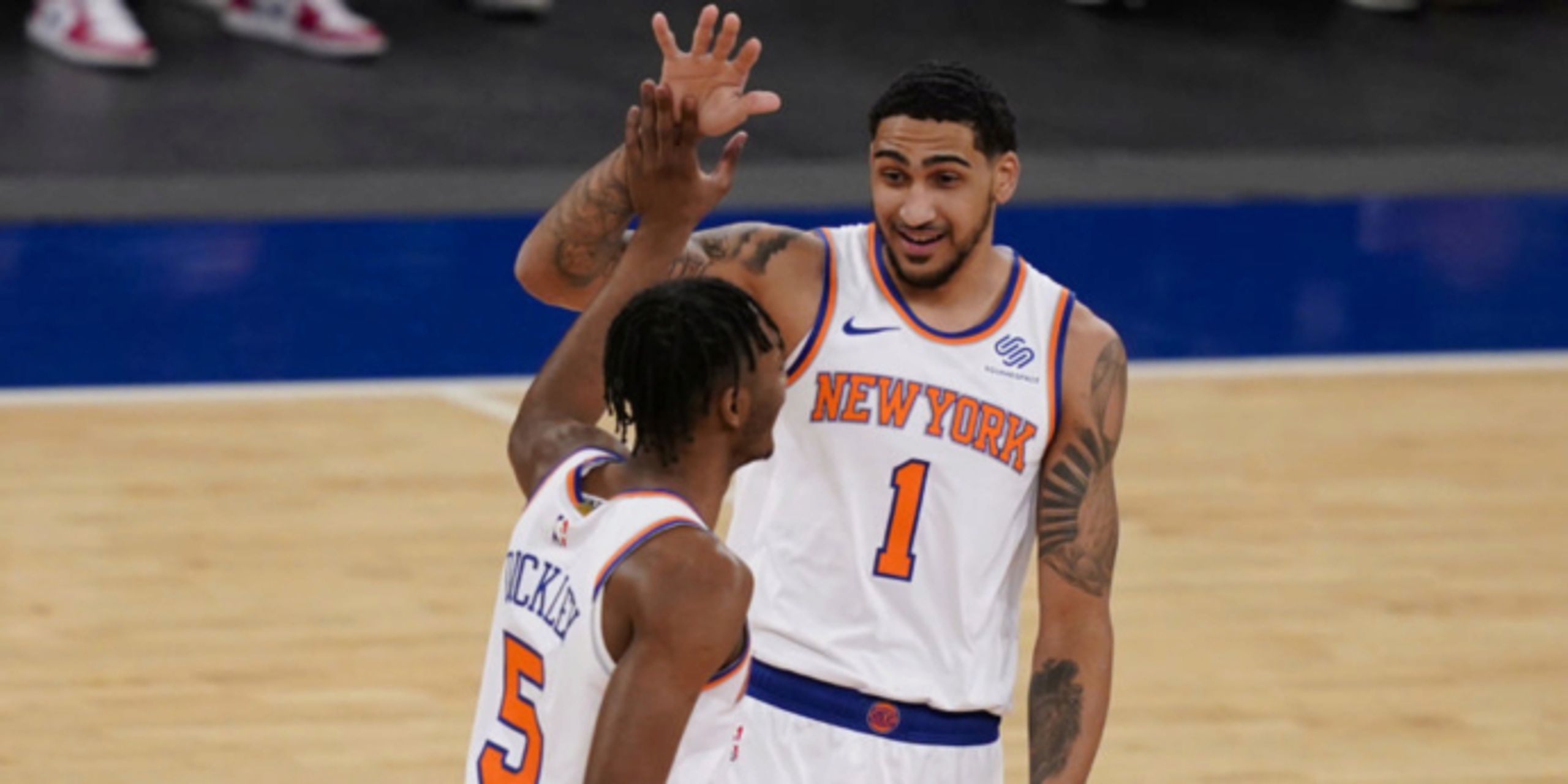 Is it fair to say this is a fun time for the Knicks?

No, the season hasn't gone as expected. Missing the play-in altogether a year after a strong regular season and playoff berth wasn't on the bingo card for most, especially in light of their acquisitions this offseason.

As far as the fun goes, it's nice that the young guys are driving a lot of the success. Immanuel Quickely is making real strides as a lead ball-handler. Ditto for RJ Barrett, whose shoulder-chucking drives are putting dents in this chest of his defenders and the hearts of defenses. And if the Knicks don't have the most athletic frontcourt in the league with Obi Toppin and Jericho Sims, they can't be far from the top.

It's hard not to leap off your couch watching these dudes jet after misses or turnovers. Quickley's bound to pull-up from anywhere. Barrett is a freight train. Toppin and Sims can highpoint lobs with the best of them. But from a projection standpoint, possessions like this one from Friday night's action stand out:

The Knicks push after a miss but pull things back since an early advantage isn't present. Not yet, at least.

Toppin is defended by Cassius Winston, an unfavorable cross-match that was formed by a switch on the prior possession. Toppin goes to the block early in the possession but retreats to the corner after Quickley makes the call.

This is where the fun begins.

Quickley calls up Sims to set a screen -- a screen that Quickley doesn't really plan to use. While Sims is coming up to Quickley, Toppin works his way back to the right block with Winston on him.

With Sims above the free throw line, his defender (Thomas Bryant) is able to provide relief on the interior. The only player who could make a rotation to help on the Winston-on-Toppin mismatch is Isaiah Todd, though he's occupied by Feron Hunt in the left corner. 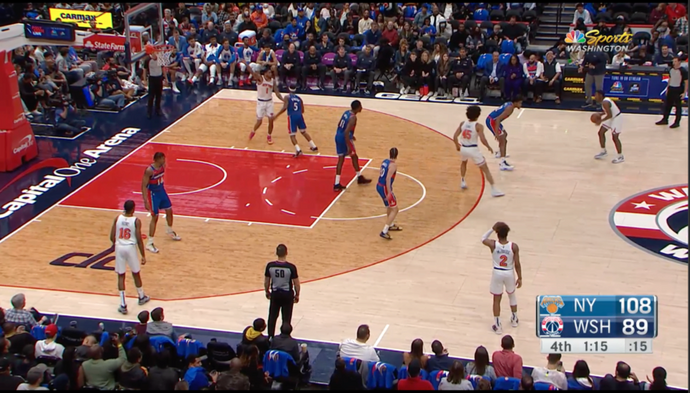 With Winston attempting to front and no help on the backside, there's a lob available for Toppin. Quickley nails the pass, leading to the easiest half-court bucket of the night for Toppin. Two of Toppin's career-high 35 points, might I add.

The Quickley-Toppin connection hasn't just been fun; it's been good. Consider these numbers since the All-Star break:

The jury is out on what this roster will look like come October. But at the risk of sounding recency bias-y, it's hard to argue against prioritizing these young guys.

Toppin has flourished in the non-Julius Randle games, boasting averages of 23.5 points, 5.3 rebounds, and 2.8 assists over his last four contests. The answer may not be to flat-out trade Randle, but there should be more time carved out for Toppin moving forward regardless.

Quickley has shown spark-plug potential since his rookie season, and we're starting to see him grow more in half-court settings. Look further down the roster, and you'll remember the Knicks flipped a first rounder (among other assets) for Cam Reddish a couple of months ago. It would behoove them to find room for him, too.

It's time for the younger pieces to be prioritized and empowered. The next era of great Knicks basketball may depend on it.