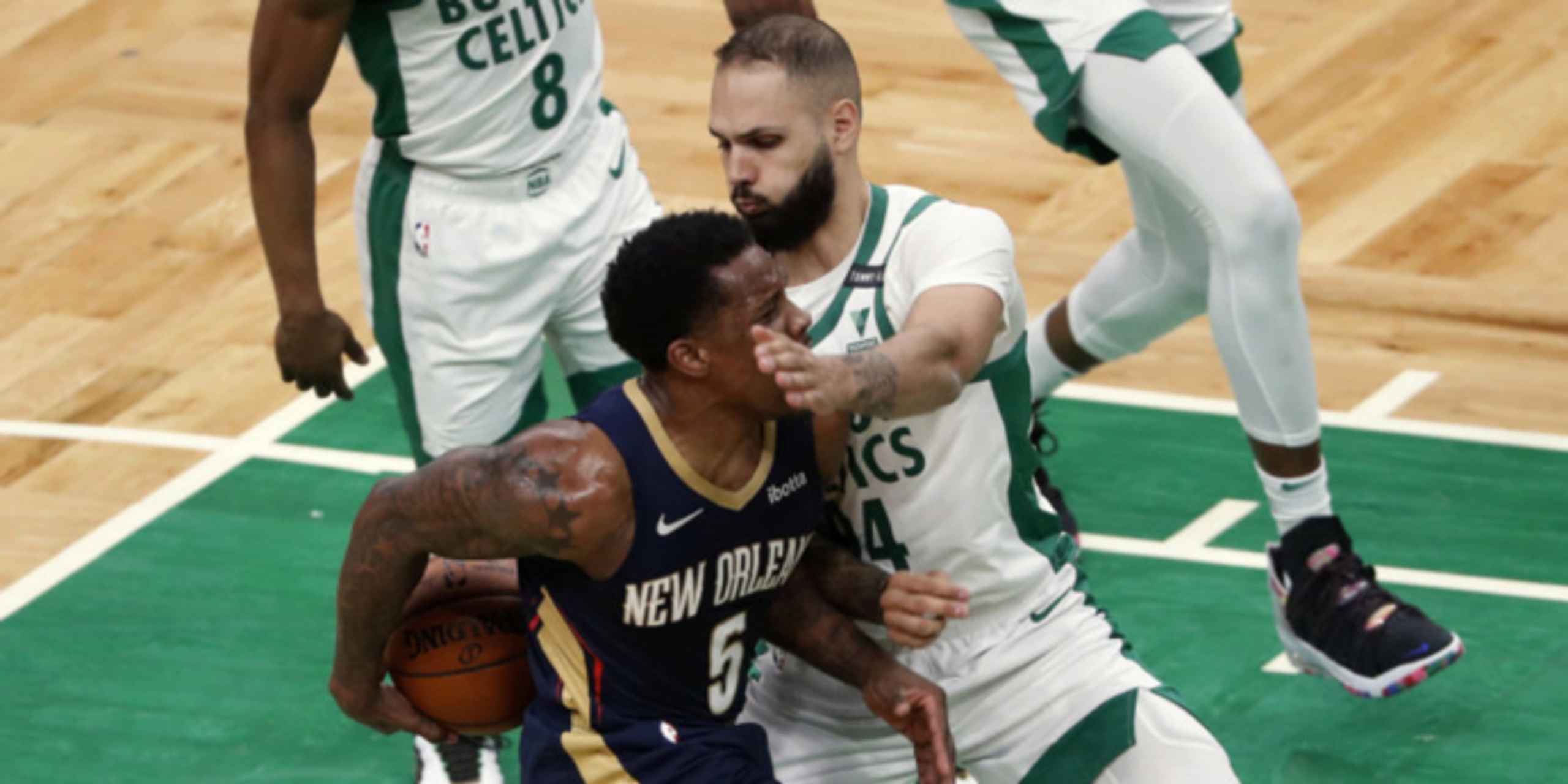 Evan Fournier made his Boston Celtics debut during Monday's matchup with the New Orleans Pelicans, after being traded from the Orlando Magic prior to the deadline. Fournier's debut was eye-opening for all the wrong reasons, as the 6-foot-7 shooting guard out of France put up zero points while shooting 0-10 from the field and 0-5 from behind the arc.

According to StatMuse, that’s the most scoreless minutes by a Celtic with 10+ attempts since the start of the three-point era (1980). There was no shortage of playing time for Fournier, as he logged 33 minutes, but the nine-year veteran just couldn't buy a basket in his new threads.

The last time Fournier was scoreless in a game in which he wasn't ejected or injured was an 0-6 shooting performance in a loss to the Detroit Pistons on Jan. 4, 2016. He also had a 0-point game against the Memphis Grizzlies on March 10, 2019, but that's because he was ejected after just 14 minutes because he picked up two quick technical fouls.

Fournier will look to bounce back on Wednesday when the Celtics host Luka Doncic and the Dallas Mavericks on ESPN at 7:30 p.m. ET.