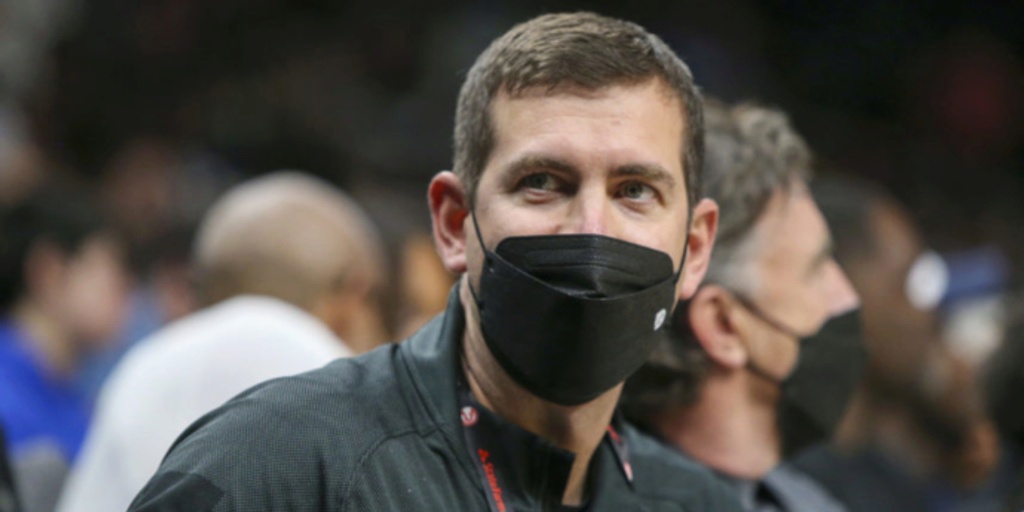 Evaluating the Celtics' trade deadline additions and next steps

Brad Stevens woke up on Thursday morning and took care of business.

How often does that happen with the Celtics? Up until the past three weeks, Boston had been trademarked as the team who played wildly up and down to its competition, blowing leads left and right all while failing to establish an identity. And in recent years, the franchise was spearheaded by a Danny Ainge-led front office known for either adrenaline-inducing blockbusters or crickets from the transaction log.

Something is different. The Celtics have shredded an easy February schedule like they're supposed to. And new president of basketball operations Brad Stevens made exactly the moves he needed to make at this trade deadline — no more, no less. From an outsider's perspective, Boston had to check off three boxes on Thursday:

Stevens accomplished all three and even created more flexibility. When our staff went through gut-reaction winners and losers of the deadline on our live show, all of us counted the Celtics as winners. They still have five available roster spots, so the moves aren't finished. On Friday morning at his media availability, Stevens clearly outlined his personal goals with the deals:

"I thought all year that what we really needed to continue to focus on were adding guys that really know how to play, that make the right basketball decisions, and really have a great self-awareness to do what they do best and accentuate our best players."

It starts with Derrick White. The 27-year-old combo guard replaces Schröder on the depth chart but could not be a more different player. Brad Stevens gave a glowing review of White, who has apparently been on his radar going back to his time with the USA Select Team:

"We've thought for years that Derrick was a really good fit with our best players," Stevens said. He is an excellent defender. He just makes the right play on offense, over and over and over. He's a guy that only cares about winning [and] that will do all of the little things, as you can see in some of his stats defensively with regard to willingness to put his body on the line, activity, shot challenges, all of those things. And on offense, just by making simple plays and doesn't need to do anything [or] be on the highlights to really impact winning... We felt really fortunate to be able to get a guy like that on a long contract that we think is, again, a perfect fit for our best players."

That covers the bases. White is averaging 5.6 assists per game this season with a 25.2% assist rate; the latter ranks in the 82nd percentile at his position, per Cleaning the Glass. His assist-to-usage rate of 1.12 is in the 76th percentile. For comparison, Schröder had an assist-to-usage rate of 0.93 (12th percentile). And these numbers come as White frequently shared the floor with lead guard Dejounte Murray.

White's assist-to-pass ratio of 14.5% ranks eighth in the entire NBA.

If Derrick White is doing this for the Celtics... 😮‍💨 pic.twitter.com/fZsrffM9ig

In theory, the ball should stick less with White and Marcus Smart in the backcourt, and White is more than capable of running an offense when Smart and/or Jayson Tatum isn't on the floor. In the below clips, he's making reads in split seconds. It's easy to picture Robert Williams or Al Horford as Jakob Poeltl, or Grant Williams/Jaylen Brown shooting these corner attempts.

White isn't going to wow you with a highlight reel pass. But whether it's turning a good shot to a great shot, applying pressure with his cuts or pushing the transition pace, he brings several skills that Boston hasn't nailed down consistently.

Many Celtics fans were immediately concerned by White's 31.4% three-point clip. It's reasonable, and he likely won't ever be an elite marksman or pull-up dagger machine. But there's a bit more to unpack on the efficiency front.

White is making 22% of his corner threes this season. That is... extremely bad, and also 26 percentage points lower from 2020-21. He's making 34% of his threes above the break, which is slightly above league-average. White is making 32.3% of his catch-and-shoot three-pointers, per NBA Stats, when he's typically been in the 38-39% range in recent seasons. Brad Stevens said on Friday he thinks White is a better shooter than the base numbers suggest. I'm inclined to agree.

These aren't even White's key selling points. Flip to the defensive side of the ball and he'll show you why many now think the Celtics could boast the stingiest unit in the NBA. Nekias Duncan lauded White as one of the best point-of-attack players in the league on our show yesterday, and I'd take him at his word. White has a fantastic blend of speed and strength at 6-foot-4 and can mirror drives from the NBA's toughest guards. Here's one clip of him smothering Shai Gilgeous-Alexander:

White's block rate is in the 97th percentile at his position. It has been there, or higher, in each of the last four seasons. I truly fear for opposing backcourts if he and Marcus Smart share the floor.

The Celtics gave up Josh Richardson, Romeo Langford, a 2022 lightly-protected first-round pick and the right to swap first-rounders in 2028 in exchange for White. That's quite a package for a player who is either a solid complementary starter or a really great bench piece. Stevens himself acknowledged that giving up first-round picks is an inherent risk. But it's the type of move that signals to Tatum and Brown that they're worth building around.

With minutes left on the clock, Boston snuck in another deal with the Rockets. Stevens sent Enes Freedom, Bruno Fernando and Schröder to Houston for Daniel Theis. With White in the fold, there was no need to keep Schröder even in the short term, and the Celtics also moved two centers who should not play in the rotation to bring back a very capable depth big.

Theis returns after less than a calendar year away from Boston. The 29-year-old started 21 of 26 games with the Rockets and averaged 8.4 points and 5.4 rebounds per game. He's a stalwart interior finisher; per Basketball Reference, Theis has made at least 71% of his shots within three feet of the basket in every year of his NBA career. He's not the stretch big man his three-point volume suggests, but Theis can at least make around one per game in theory.

Theis also isn't an event-creator on defense. He's a bruiser who can come off the bench and be a more viable switcher than Freedom or Fernando ever were. Ime Udoka should at least feel more comfortable deploying Theis in the rotation so Robert Williams III and Al Horford are not overextended.

"Rob and Al are our guys and they're playing great, but if you miss any time with those two guys, you can plug Theis in and it'll be a seamless transition," Stevens said.

So in two trades, the Celtics have upgraded their secondary guard spot and their bench center spot at the risk of missing out in the draft. With the help of a third trade from earlier in the morning, they also gave themselves extra time for moves via the buyout market.

Boston dealt PJ Dozier, Bol Bol, a second-round pick and cash considerations to Orlando for a conditional second-round pick. The goal was clearly to get under the luxury tax, and per Spotrac, Boston did that.

Between the three moves, the Celtics have a whopping five open roster spots to fill. The needs are glaring: shooting and wing depth. That's especially compounded after trading Richardson.

The Athletic's Jared Weiss wrote that he's "gotten the impression" the Celtics will at least take a look at Gary Harris on the buyout market. Nekias Duncan listed Boston as a potential landing spot for Harris. If the three-point clip stays up, Harris would make a lot of sense as a plug-and-play shooting guard.

With so many lopsided deals around the league in terms of roster size, Boston should have options. Maybe Orlando also buys out Terrence Ross. Perhaps the Lakers waive Kent Bazemore or the Clippers let go of recently-acquired Rodney Hood?

The G League is also loaded with potential fits. According to Adrian Wojnarowski, Boston is already signing Sam Hauser and Luke Kornet to rest-of-season contracts from the Maine Celtics. Hauser's signature skill is shooting and Kornet can stretch the floor as well.

Stevens was vague at his press conference, saying he wanted players with "skill." The Celtics have five opportunities (including Hauser and Kornet) to find such players. Udoka has another tough choice to make, too — should he break up the current buzzsaw starting lineup and insert White, or bring a starting-caliber guard beginning a four-year, $73 million contract extension off the bench?

For all the angst about Schröder's tendency to stop the ball, he was also a much-needed driving threat. White gets to the rim at a level around league-average, but he's not the blazing downhill driver Schröder is. Will that affect how the ball is able to move, especially if the Celtics don't have enough shooters on the perimeter?

Clearly these deals don't end the questions. For now, though, fans should feel confident that Brad Stevens was clear and deliberate with his trade deadline moves. Derrick White and Daniel Theis appear to be the complementary talents Boston should be seeking to bolster a lineup hunting postseason contention.