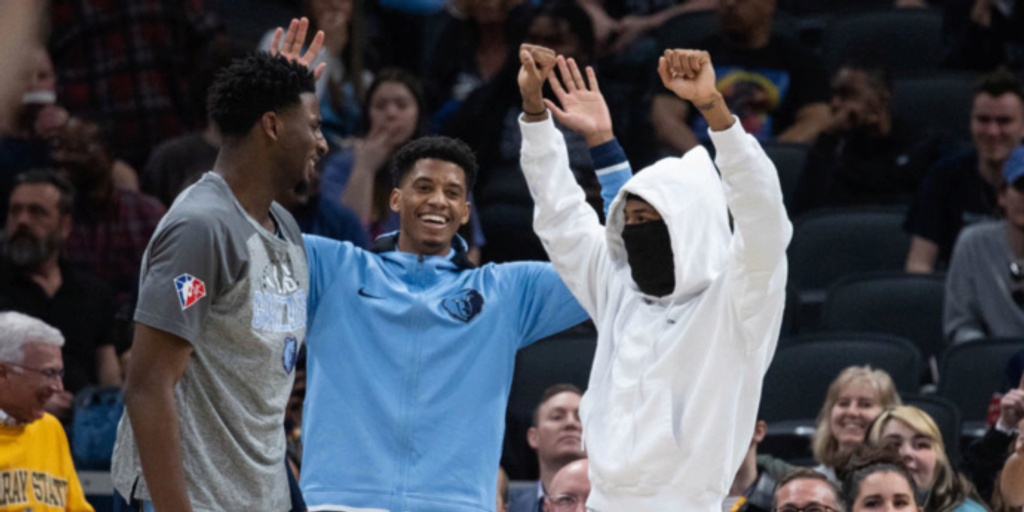 ESPN to air all-access special on the Memphis Grizzlies

The Memphis Grizzlies are officially getting the national recognition they deserve.

ESPN is rolling out the red carpet with a special full day of programming ahead of the Grizzlies' game versus the Brooklyn Nets on March 23.

In this program, ESPN will give viewers an all-access look at the Grizzlies that will include a behind-the-scenes look at their film sessions, workouts and meetings with mic'd-up coaches, players and more.

An all-access day of coverage dedicated to one NBA team hasn't been done since the Toronto Raptors in 2018. Before that, only the Philadelphia 76ers in 2017 have gotten this treatment.

ANALYSIS: This is well-deserved for Memphis. After essentially blowing up what was left of the Grit-n-Grind Grizzlies in 2019, it has taken Memphis very little time to rise the ranks again.

They've been arguably the league's best story this season. Ja Morant has become an MVP candidate and their talented supporting cast is thriving too.

The public loves a Cinderella story, so it makes sense for ESPN to give fans a look at what's going on behind the scenes.