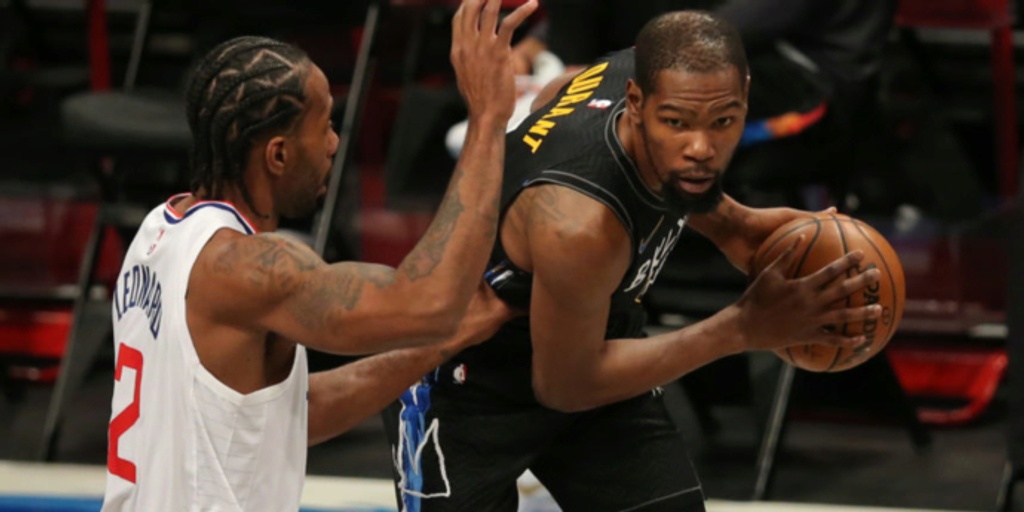 Kevin Durant, who remains sidelined for the Brooklyn Nets with a hamstring strain, is scheduled to have more imaging done on the injury next week. Head coach Steve Nash said the hope is that those scans will dictate a clearer return timeline for Durant.

Nash made it clear that even if the scan shows progress, Durant will not return to game action immediately.

"He hasn't played in a month," Nash said on Wednesday. "So no matter what the scan says, there will still be an appropriate ramp-up time to make sure we put him in a position to finish the season strong."

ANALYSIS: According to head coach Steve Nash, Durant is currently just participating in half-court workouts and shooting drills. Durant has yet to play any five-on-five in practice or do full court, high-speed running. Thursday will mark the 10th consecutive game that Durant will miss and it seems more than likely that KD will miss additional time going forward.