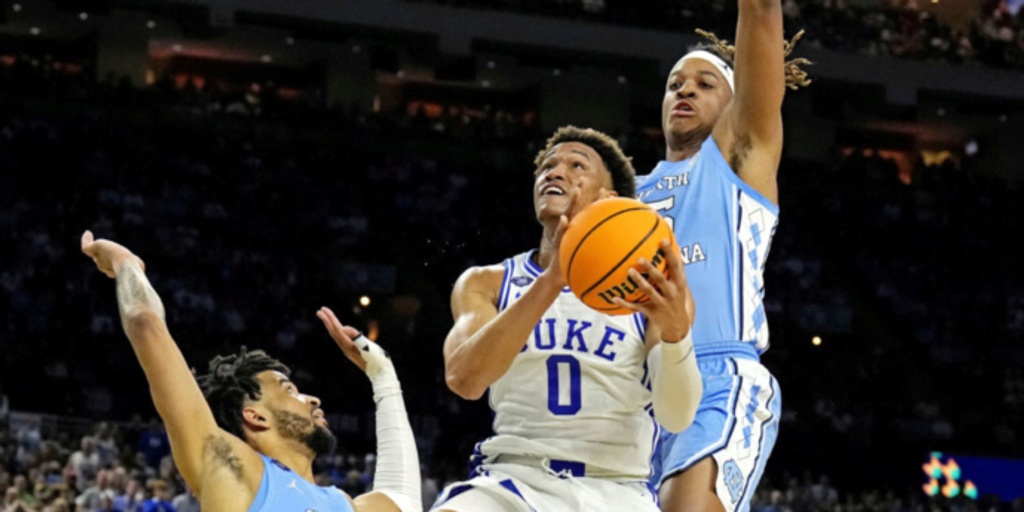 Duke junior Wendell Moore Jr. is declaring for the 2022 NBA Draft, becoming the third Blue Devil to enter the draft.

The 6-foot-5 forward — who is a projected late first-round pick — averaged 13.4 points, 5.3 rebounds and 4.4 assists. He proved to be an efficient scorer during his junion season, shooting 50% from the field and 41.3% from three-point range while also taking on the role of Duke's primary wing defender.

"What an incredible journey this has been! Long before I stepped on campus in the summer of 2018, I knew that Duke was home," Moore wrote on his Instagram account. "This program, this school, my teammates, coaches, and you the fans, have meant so much to me and my family. Together, we have produced memories and experiences that will last forever."

Matt Babcock, BasketballNews.com's Sr. NBA Draft Analyst, says that Moore has improved enough to potentially be drafted in the first-round.

"Wendell Moore Jr. played a vital role in Duke’s team that reached the Final Four this past season," says Babcock. "I thought Moore was limited to being strictly a tough and slashing wing throughout his first two seasons. However, he proved me wrong this year, as he elevated his game and was even one of Duke’s primary ball handlers. In my book, he’s gone from being a very fringe NBA prospect to now being a potential first-round pick."

Moore is currently the 27th-ranked player on BasketballNews.com's 2022 NBA Draft Big Board.