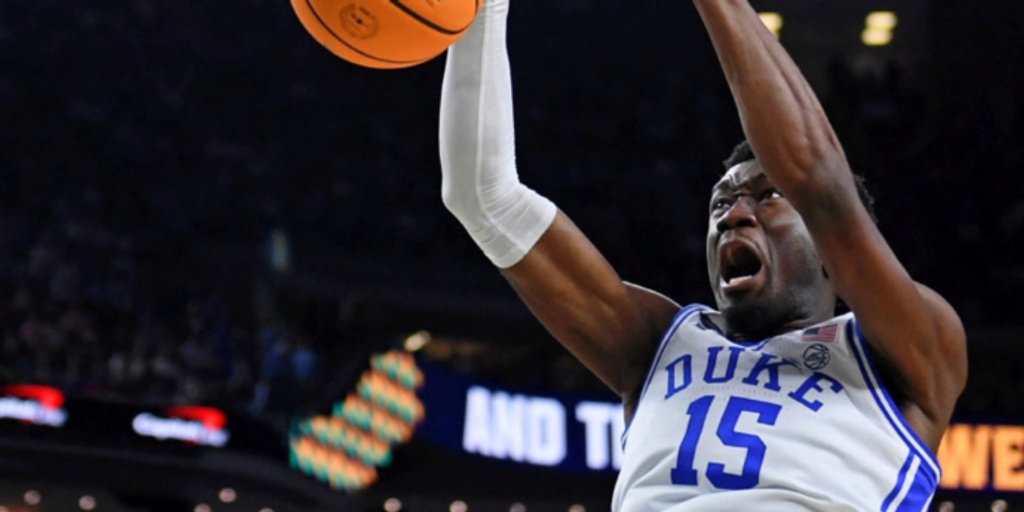 Duke sophomore Mark Williams announced that he is declaring for the 2022 NBA Draft.

Born in Norfolk, Virginia, the 7-foot center averaged 11.2 points, 7.4 rebounds and 2.8 blocks on 72.1% shooting in 39 games during his sophomore season with the Blue Devils. His 2.8 blocks was second among sophomores (behind only Walter Kessler) and was 12th overall in the NCAA. He earned the ACC's Defensive Player of the Year honors.

Williams announced that he was declaring via his Instagram, expressing his gratitude for his time at Duke.

Matt Babcock, BasketballNews.com's Sr. NBA Draft Analyst, believes Williams' abilities will allow him to stick around in the pros for a long time.

"Mark Williams had a terrific season at Duke this year, and he's continued to grow on me," Babcock said. "His performance versus Gonzaga in Las Vegas in November was one of the best showings I saw in-person all season. I think he has a chance to develop into a solid starting center as a rim running and rim-protecting five-man. I wouldn't be surprised to see Williams have a long and productive NBA career."

Williams is currently ranked No. 12 on BasketballNews.com's 2022 NBA Draft Big Board.