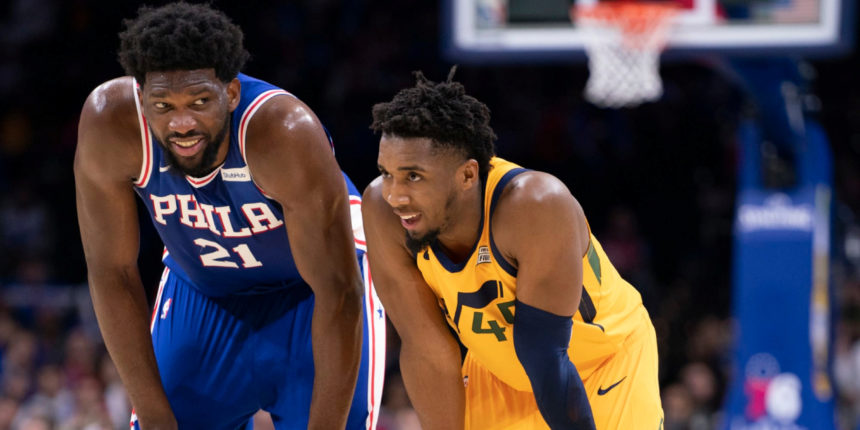 The NBA announced that Utah Jazz guard Donovan Mitchell and Philadelphia 76ers center Joel Embiid have won Player of the Month honors for the month of December.

"Utah Jazz guard Donovan Mitchell and Philadelphia 76ers center Joel Embiid have been named the NBA Players of the Month for the month of December.

The dynamic guard (Donovan Mitchell) powered Utah to a dominant 12-2 December with averages of 30.2 points, 5.0 assists, 3.2 rebounds and 1.2 steals over 12 games. Mitchell capped off the month with a season-high 39 points against the Timberwolves on Dec. 31. The Jazz (27-10) are currently the 3rd seed in the West standings.

The All-NBA center (Joel Embiid) led Philadelphia in December with averages of 29.2 points, 11.2 rebounds, 3.9 assists, 1.5 steals and 1.3 blocks over 13 games. Embiid tallied eight double-doubles that month and scored a season-high 43 points with 15 rebounds and seven assists in a win against the Hornets on Dec. 6. The Sixers (20-16) are currently the 6th seed in the East standings."