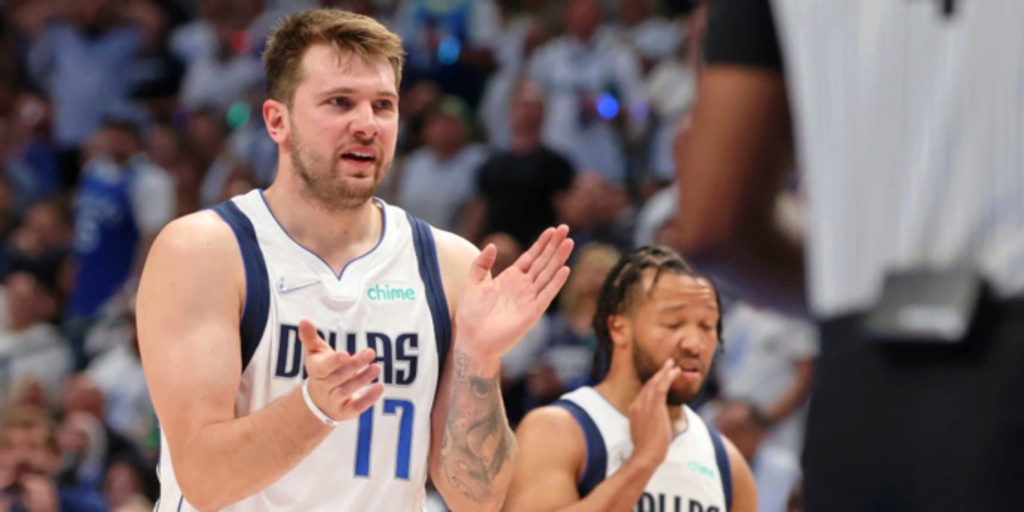 Luka Doncic had 30 points and 14 rebounds, and the Dallas Mavericks beat the Golden State Warriors 119-109 on Tuesday night to avoid being swept in the Western Conference finals.

It was the 10th double-double in his 14 games this postseason for Doncic, who also had nine assists and got some help from his supporting cast to extend this series. He had 40 points in Game 3, when Reggie Bullock shot 0 for 10 shooting with seven misses from 3-point range.

The loss snapped the Warriors’ nine-game winning streak in Western Conference finals games, though they are still firmly in control of this series headed back to California for Game 5 on Thursday night.

Stephen Curry had 20 points and returned to the game with 3:22 left — his first appearance in the fourth quarter — after the Warriors had cut a 29-point deficit to 110-102. But they never got closer even with Curry and other starters returning to the floor.

Doncic then drove for a dunk and Bullock made his sixth 3-pointer.

No NBA team has ever come back from a 3-0 deficit to win a series. Only three of the 146 teams to fall in that deep hole have even been able to force a seventh game.

Jonathan Kuminga had 17 points and Andrew Wiggins 13 points for the Warriors, who had seven players score in double figures.

There was even a 16-minute rain delay, when the start of the second half was held up because of rain leaking through the roof at American Airlines Center. There was heavy rain outside, and there were at least two leaks. One was dropping water near the Golden State bench, and at the other end of the court water appeared to be falling in the stands.

A 3-pointer by Doncic put the Mavs up 81-56 with 6:57 left in the third quarter, their largest lead to that point.

Draymond Green was fouled on the ensuing Golden State possession, and his first free throw attempt stopped on the wide back side of the rim. After Doncic and Green stood in the lane together laughing about that, before the ball was eventually knocked down, Green then missed the second attempt as well, though that one just didn’t go through the rim and was rebounded by Doncic.

Dallas went ahead to stay with a 25-6 run over a nearly 7-minute span of the second quarter during which the Warriors missed nine of 10 shots and had two turnovers.

Golden State was up 31-29 after a jumper by Moses Moody, then had only one made basket the next seven minutes. A 3-pointer by Davis Bertans put the Mavericks in the lead for good.

The Mavericks had a 62-47 halftime after Doncic drove for a hard layup, responding to Curry’s basket at the other end.