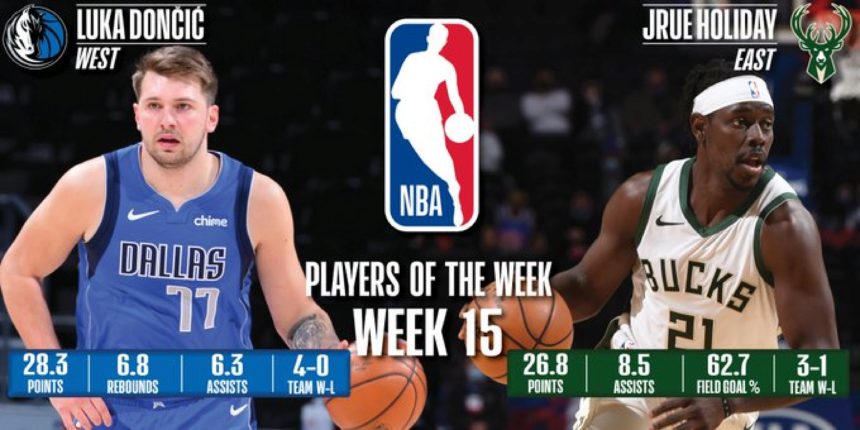 The NBA announced that Dallas' Luka Doncic and Milwaukee's Jrue Holiday have been named the Western Conference and Eastern Conference Players of the Week, respectively, on Monday.

Doncic led the Mavericks to a perfect 4-0 week while averaging 28.3 points, 6.8 rebounds, and 6.3 assists during the four game stretch. Dallas has now won six of its last eight games as the Mavericks find themselves in seventh place in the Western Conference. This is the third time in Doncic's career that he has been named Western Conference Player of the Week.

In the Eastern Conference, Holiday helped the Bucks to a 3-1 record while averaging 26.8 points per game and 8.5 assists. This isn't the biggest news of the week for Holiday, though, as it was reported that he's agreed to a four-year contract extension with the Bucks worth up to $160 million. This is the first time that Holiday has been honored with the award in his career.